The leopards that came for lunch

What is the first thing that comes to your mind when you think of leopards? Shy, elusive, stealthy, majestic or reclusive? To me, leopards are the ultimate predators of the savannahs. They are extremely adaptable animals and definitely not picky when it comes to food.

One of the best places to see leopards in their natural habitat is the Serengeti National Park. Experts say around one thousand leopards call the Serengeti home. This being said, it is still not easy to spot them. They are masters of camouflage and can make themselves invisible if they wish to.

A few years ago, I was on a safari in the Serengeti where we had a wonderful experience with leopards. It was around lunch time and our safari party was feeling quite hungry so we decided to head over to the Mawe Meupe picnic site, also known as White Rocks. As we got closer, we saw that the picnic site was packed with people. We wondered what was going on, since most of the people tend to prefer the picnic area at the visitors centre in Seronera. 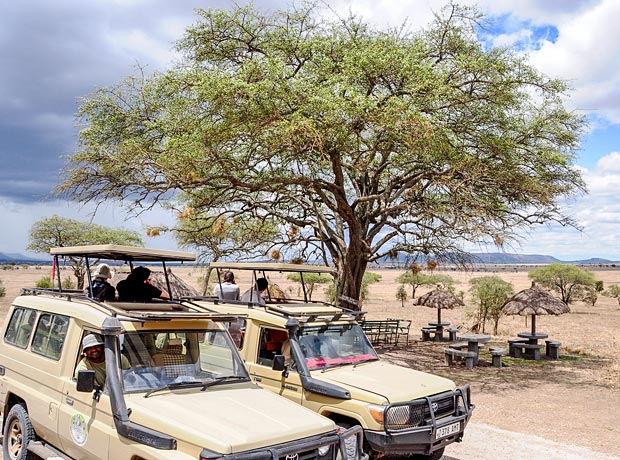 Upon arrival, we realised that no one was sitting outside to have their lunch. People were going to the toilets with their vehicles! A quick chat with another guide revealed what all the jam was about: Leopards!

Not just one, but three of them, a mother with her cubs. The leopards had killed a Grant’s gazelle and hoisted it into a large tree in the middle of the picnic area. Eventually, we got a space amongst the other vehicles from where we could see the leopards. The mother had already had her lunch and had moved into a tree further away from the picnic area. One of the cubs was in the tree with the kill and was busy enjoying her lunch. 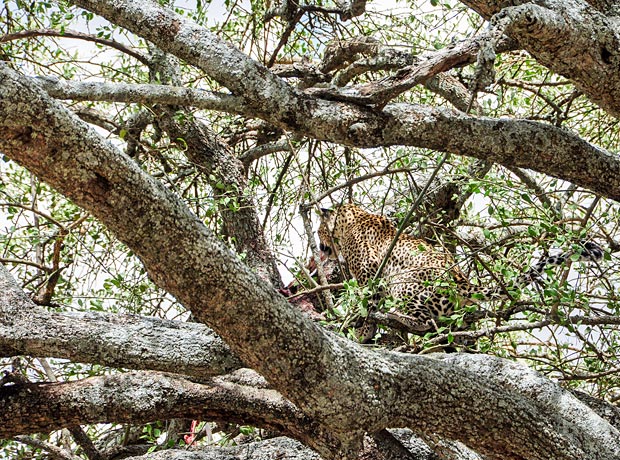 The second cub had found itself the perfect chilling spot on top of a table. It was incredible to see how relaxed he was and not once did the constant approaching of cars or shutters of cameras deter him from having his siesta. 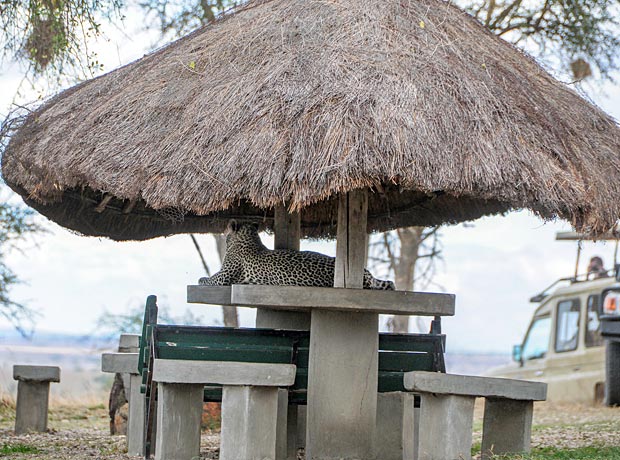 Now and then, pieces of bone would fall onto the tables below and we just watched in awe. Usually, leopards are spotted high in trees being only partially visible. This time around, we could see the full beauty of the leopard and for the time being everybody in our group had totally forgotten that their bellies were empty.

Eventually, the cub relaxing on the table decided to follow his mother in the tree further away to be at peace, but his sister continued to munch away. It was clear that we had to look for another eating area as on this particular day the leopard family had booked out the whole picnic site for themselves.

We left the site and continued our game drive with empty stomachs but full memory cards. Sightings like this are rare and it just makes me love the bush even more!