A lone cheetah and many hungry beaks

A lone cheetah and many hungry beaks

Whilst out on safari at around the end of May 2015, I had an interesting encounter in the Serengeti. It was in the Lobo Area and what caught our attention at first was the large numbers of white backed vultures that had congregated on the ground. Another 20 to 30 were circling in the sky above.

The vultures were sitting far too idle so we knew there was something nearby. We stopped to investigate. Then we finally found out why the vultures were there; a male cheetah had taken down a warthog and he was busy enjoying his lunch. 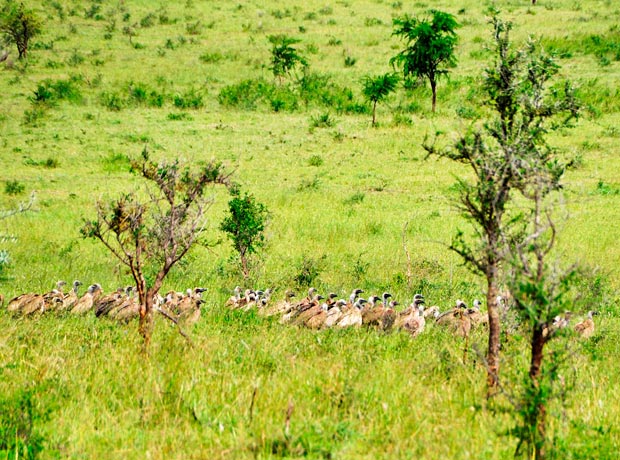 I found the behaviour of the vultures very interesting as by now there were a good 50 birds on the ground. The cheetah was not even bothered by their presence and carried on eating there in the open. Usually when cheetahs make a kill they try to get their prey to cover as quickly as possible. They usually try to hide from other cats as well as scavengers like hyenas and vultures. Confrontations are always avoided as cheetahs need to conserve their energy to ensure that they can catch their meals. Almost like an Olympic runner avoiding a serious injury as that would mean that they can no longer take part in their sport.

Another thing that caught my attention was the fact that this male cheetah had single handily killed the warthog. Warthogs are renowned for their toughness and even lions sometimes think twice before taking on one of them. It was clear that this cheetah was not to be messed with and after his struggle he was not prepared to give up his meal to the hungry scavengers. 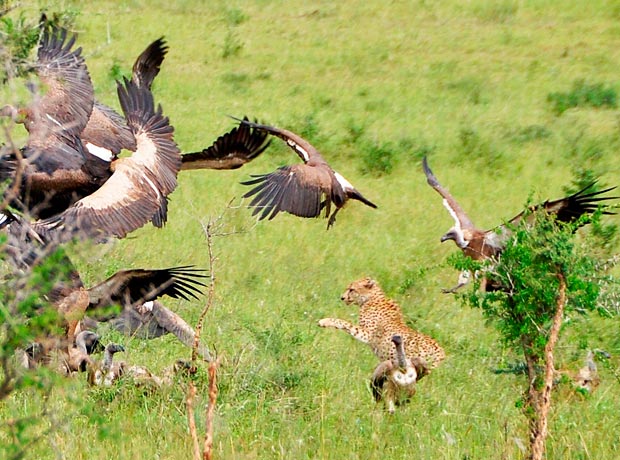 I have seen cheetahs at a kill before but none of them were as relaxed as this guy. He gave us a lovely show, now and then getting up to chase away the vultures that waited respectfully. It almost resembled a group of people waiting patiently in line at a buffet…
Bon appétit!