Home//Stories//Bananas for Africa
Previous Next

In Tanzania bananas are part of the staple diet and are eaten in nearly all households. Driving through the country, banana plants and plantations are seen everywhere. It is believed that more than 20 varieties of bananas grow in Tanzania but not all are suitable for eating. Cultivars are divided into three groups. 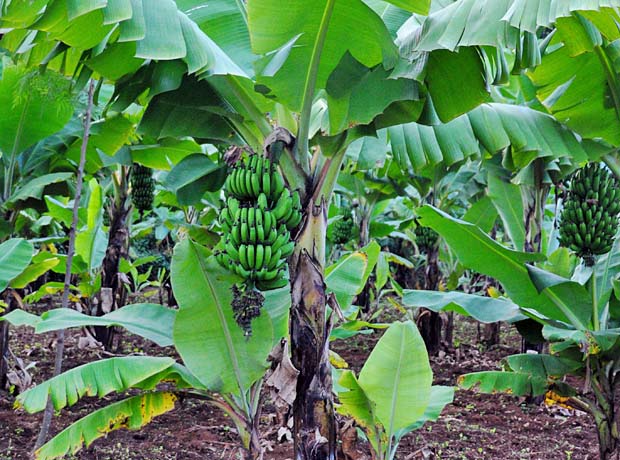 Bananas do not have a specific growing season here, which means they are available all year round. Some parts of the country are major banana producers and they supply Tanzania’s demand. Each banana plant only produces fruit once and depending on the type, can take from 9 months to ripen up to a year in the case of the famous “red banana”.
Also interesting is that some types of cooking bananas will turn sweet if left long enough to ripen. Westerners know bananas as bright yellow when it ripens, but Tanzanian bananas stay green even when they are ripe. 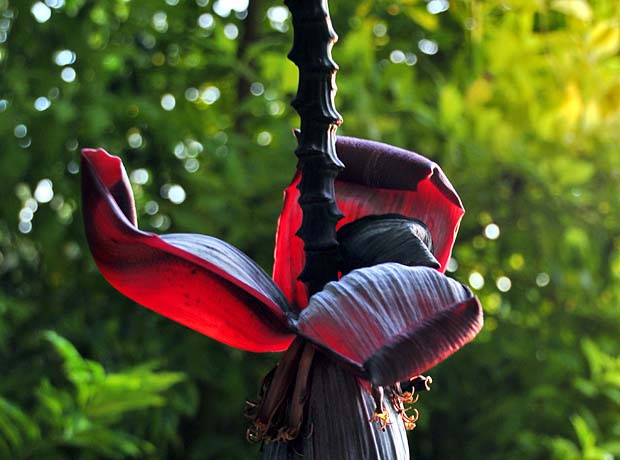 Seeds are not available which means all the bananas are grown from the shoots that appear underneath an existing banana plant. Once the fruit is harvested the plant is cut exactly in half. This allows all the nutrients in the plant to be directed to the smaller shoots. 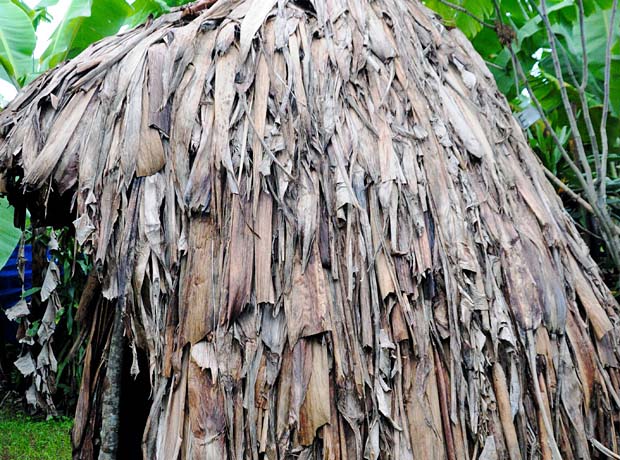 Bananas can be used for many other things and not just for human consumption. For many in the country nothing goes to waste from a banana plant. The leaves can be used for roofing, house building or as a recyclable umbrella if it is raining. Some even use it as a platter to serve food. The trunk is often cut up into small pieces and used as feed for livestock and the bark can also be used for fencing. It is also possible to make paper out of the banana trunk and its fibers. At souvenir shops you find works of art crafted from banana plants, such as jewelry and home decorations.

Much research is done in Tanzania to improve banana farming such as the introduction of new pest-resistant varieties and currently Tanzania is one of the 10 biggest producers of bananas in the world.