Home//Stories//Bao – a traditional board game
Previous Next

Bao – a traditional board game

The word ‘bao’ is the Swahili word for wood, referring to the wooden board on which which the game is played. Bao belongs to the mancala family of games – hundreds of games with many similarities. They are also sometimes known as “count and capture” or “sowing” games. Mancala games are played around the world, but Bao is very common in Tanzania and the Zanzibaris are almost addicted to it.
In Zanzibar regular Bao tournaments are held. Hundreds of contestants take part to try and win the respected title of ‘Bao master’.

The actual history of the game is difficult to trace but considering the importance of the game in Tanzania and Zanzibar and the strong bond between the game and the culture it is reasonable to assume that Bao originated from the Swahili coast. In Zanzibar two different versions of the game are played. The main version is called Bao la Kiswahili – ‘Bao of the Swahili people’ and the simpler version is known as Bao la kujifunza – ‘Bao for beginners’.

The equipment needed to play Bao are a mancala board and counters. The board has four rows of eight pits each. Each player owns half of the board – two rows each. All the pits are round except for the forth rightmost pit in the inner row; this pit is usually square and is known as the nyumba – ‘house’.

The counters are also called seeds in mancala terms and each player receives 32 similar counters. 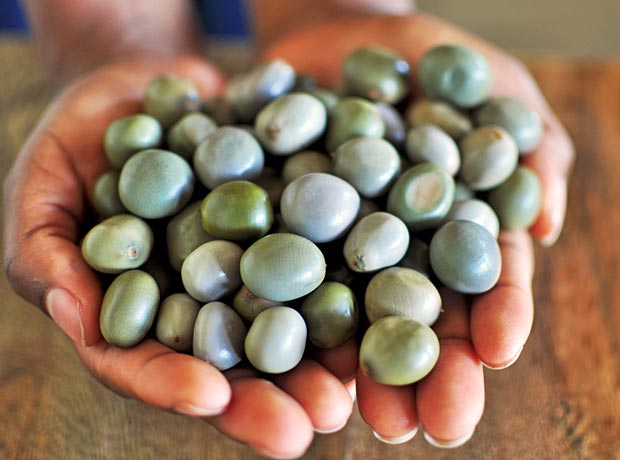 From a young age children watch adults play, while constantly learning and playing themselves. They don’t always need to have a board. I have seen kids digging small pits in the ground and use real seeds from trees as counters. Sometimes stones and shells are even used.
The game itself is played by making moves using the seeds. The player takes one or more of his seeds and sows them along the board. Depending on where the last seed falls, the player can take the seeds from that pit and continue sowing, even taking his opponents seeds from the front row if any are available. The game ends when you have emptied your opponents front row of seeds or if it is impossible for him to make a move. 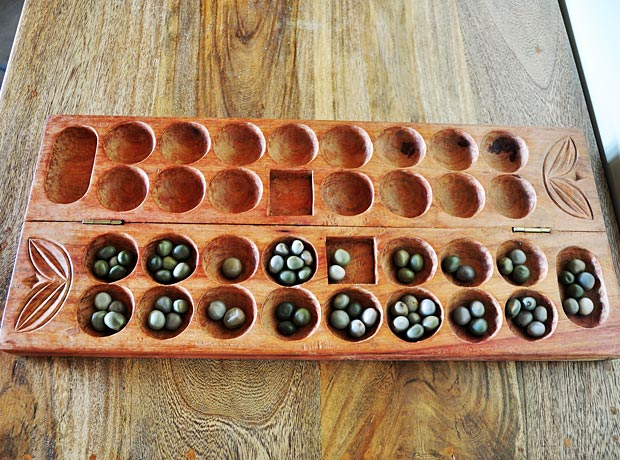 These days beautifully carved Bao sets can be bought in souvenir shops, a great gift to take home. Learning to play is easy and after plenty of practicing at home you might be able to take part in a Bao tournament in Zanzibar?