The elephant’s trunk – quite a useful tool

African elephants are the largest terrestrial animals in the world and large bulls can easily weigh in at a whopping seven tonnes. Tanzania is blessed with a healthy population of these gentle giants and if you go on a safari here in Tanzania you are bound to see them in their natural habitat.

Today, I want to talk about some interesting facts about the elephant’s trunk that you probably did not know.

Firstly, what exactly is the trunk? The trunk is composed of the nose and upper lip of the elephant. It is made up of not a single bone, but rather 40,000 different muscles! In comparison, the human body only contains 639 in total, which goes to show just how complex the appendage is. The trunk has two fingers at the end as well as nostrils. 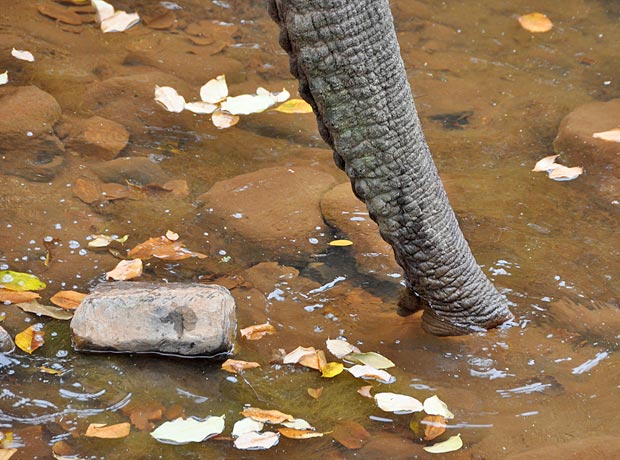 The trunk of an elephant is by far one of the most versatile appendages on earth: they use it for drinking, breathing, eating, smelling and communicating. Lacking a hand as we humans have it, the elephant uses its trunk to touch, hold, grab, feel and pull. 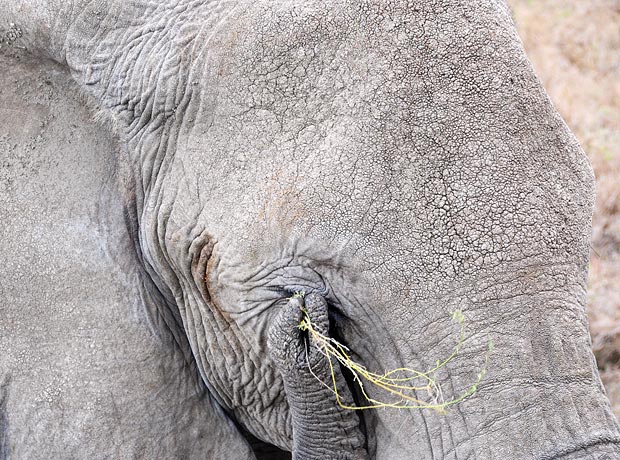 Elephants take time to master such a useful tool, which is why at birth calves have short trunks which grow rapidly after a few weeks. It is so funny to watch a young calf trying to figure out what the trunk is and how it is supposed to be used. Sometimes they even end up standing on it. After watching the older animals, the calves quickly master their trunks and all its capabilities.
The trunk is both delicate and extremely strong. If you observe elephants in the wild, you sometimes see just how gentle they can be with their trunks, for example when they rub their eyes. On the other hand, it is said that they can lift up to 350 kg with their trunks.

The trunk of the elephant also helps the elephant to smell, which they do extremely well. Thanks to millions of receptor cells in the nasal cavity, an elephant can smell water from kilometres away. Elephants can hold up to eight litres of water in their trunks at a time which they blow into their mouths when drinking. 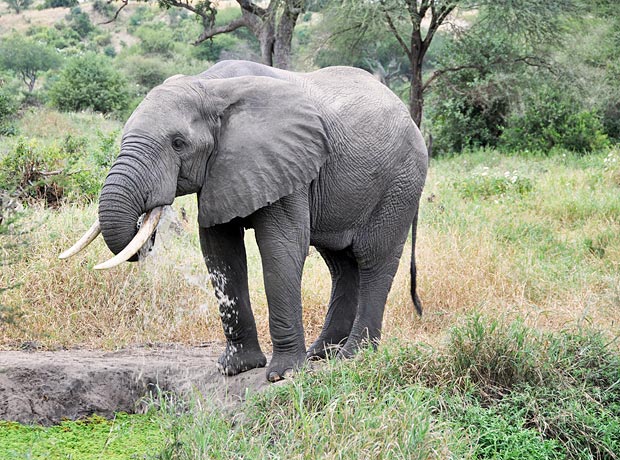 Elephants are probably one of the few creatures on the planet that can snorkel without additional aid. All they have to do is hold the tips of their trunks above the water’s surface. They can traverse rivers completely submerged and basically walk on the river bed depending on the depth of the water.

During my time in the bush I have seen a couple of elephants which had lost parts of their trunk through injury or even attacks from hyenas and lions when they were young. Somehow though, they looked quite healthy and did not let that stop them from surviving and developing.