Home//Animals & Plants, Stories//Gazelles vs Antelopes – what is the difference?
Previous Next

Gazelles vs Antelopes – what is the difference?

Gazelles vs Antelopes – what is the difference?

The most common species of both antelopes and gazelles in Tanzania’s ‘northern circuit’ include Grants gazelles, Thompson gazelles, impalas, wildebeests, hartebeests and topi. 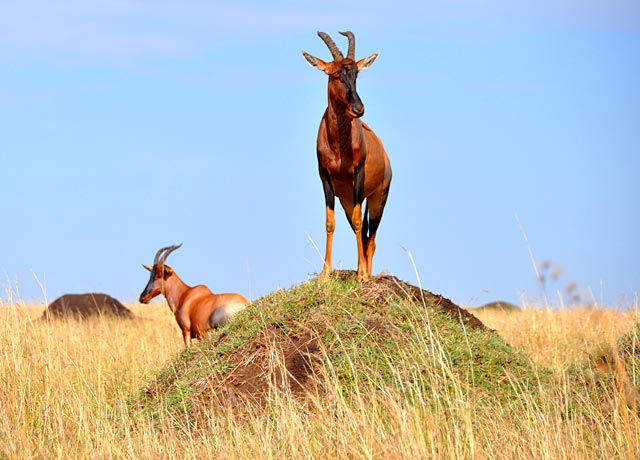 But what are the differences between gazelles and antelopes? This is a question I get asked very often. The answer is simple: all gazelles are antelopes, but not all antelopes are gazelles…

Gazelles are a genus of antelope group and antelopes belong to the bovidae family. Together they make up quite a miscellaneous group which include impala, gazelle, oryx, waterbuck, eland, wildebeest and many more.
All antelopes are ungulates meaning they have even-toed hooves. Gazelles like other antelopes also have a four-chambered stomach. But the main differences lay in their size and horns:

Gazelles are usually also much smaller than other antelopes. The difference in size can easily be compared if you take a Thompson gazelle (which weighs in at around 30kg) and an eland which can weigh a whopping 950kg if not more.

Secondly, in most species of gazelles both male and female animals have horns. For example, with impalas, only males have horns. That’s why an impala is an antelope, but not a gazelle. 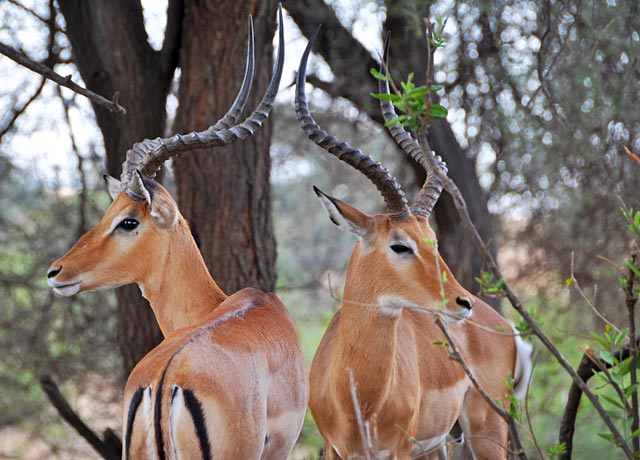 Another difference between gazelles and other antelopes is that only gazelles tend to display a behaviour known as stotting. When alerted by a predator they move slowly before leaping vertically in the air. On landing, they open up the throttle and can easily escape most predators.

Gazelles can often be seen on the open plains of southern Serengeti. They are adapted to graze on the lower shorter shoots which are left by other larger antelopes. This makes competition for food easier.

Whether gazelle or another genus of antelope, each animal in the wild has some unique features and can be admired for their individual beauty.

List of the most common gazelles in Sub-Sahara Africa