Home//Travel Tips//Is the Ngorongoro Crater worth a visit?
Previous Next

Is the Ngorongoro Crater worth a visit?

Travelers from all over the world love the so-called Northern Circuit of Tanzania. The Ngorongoro Crater, which I would like to introduce to you in today’s blog, is one of the extremely diverse wildlife and nature areas of the circuit. And I can share one thing right away: The Ngorongoro Crater is definitely worth a visit! 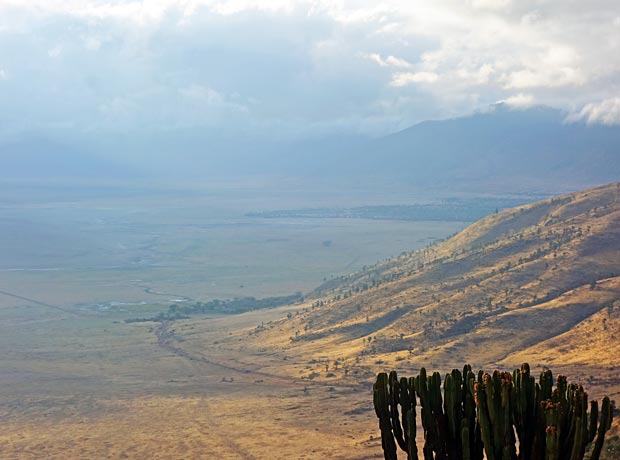 Traveling in northern Tanzania is as exciting and promising as the fair in our childhood days. Where else can you dive into a volcanic cone and encounter such exotic wildlife? The Ngorongoro Crater is magical! A visit here will remain unforgettable until the end of our lives.

Want to learn more about traveling to Tanzania? We are happy to advise.
Get in touch with us!

The Ngorongoro Crater and a look into history

The Ngorongoro Crater is part and namesake of the Ngorongoro Conservation Area, or NCA for short. This area was part of the Serengeti National Park until 1959. But the massive demands for land use rights by the Maasai led to the separation of around 8,200 km². The Maasai were now allowed to settle within this area and use the lush green surroundings as grazing land for their cattle. Only farming was prohibited.

As a result, the Maasai had to leave the now smaller Serengeti National Park towards the NCA. In the new area, the Maasai cattle and wild animals should share a habitat. This was initially also true for the Ngorongoro Crater. But since 1975 the Maasai have not been allowed to live here and are only allowed to take their cattle into the crater for a limited time in exceptional cases.

How did the Ngorongoro Crater get its name?

The name “Ngorongoro” goes back to the sound of the cowbell as the Maasai would hear it. The bell on the matriarch’s neck signals her herd and the Maasai herdsman her presence and the speed at which the cows move while grazing. To the Maasai, the cowbell sounds like a “Ngor Ngor” sound. Especially when the echoes echo off the hills. So what could be more obvious than to call the crater Ngorongoro.

The Ngorongoro Crater – a natural superlative

The Ngorongoro Crater is the world’s largest inactive but intact and at the same time unfilled volcanic crater. It was formed two to three million years ago when a large volcano exploded and collapsed. From the more than 2,300-meter-high rim of the crater, people and animals can descend up to 610 meters. Its floor area of ​​around 260 km² would even comfortably accommodate cities such as Amsterdam or Frankfurt am Main. The crater was voted one of the seven natural wonders of Africa in February 2013. But as early as 1979, the NCA received UNESCO World Nature Heritage status. This was supplemented in 2010 with a World Cultural Heritage status. So how much more confirmation do we need that a Safari into the Ngorongoro Crater is definitely worth it? 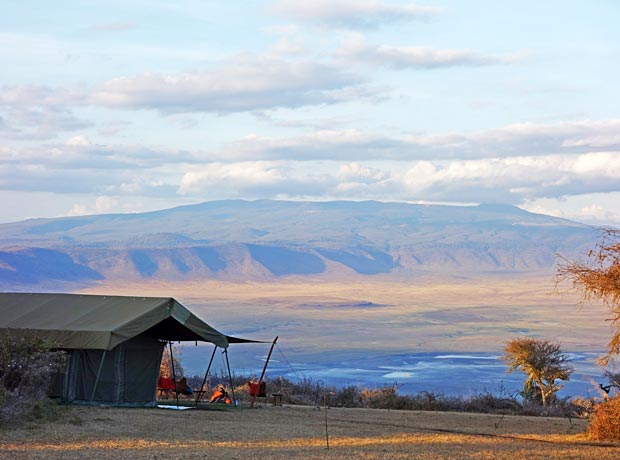 The Ngorongoro Crater is rightly a UNESCO World Heritage Site. Its vast expanse is undoubtedly a world-class spot for wildlife viewing in spectacular landscape scenery outside but especially inside the extinct crater.

The huge areas of the crater are covered by high and short grasslands. They provide the best food for zebra, wildebeest, eland, and other antelopes. Here and there lakes shimmer like decorative dabs. Hippos live comfortably in them. Elephants, rhinos, and buffalos like to stop by for a swim or a cool drink. Lesser flamingos, pelicans and a number of other colourful birds dance around them according to their feeding schedule. Predators also enjoy the prey atmosphere including lion, leopard, cheetah, hyena, jackal, and African wild dog. 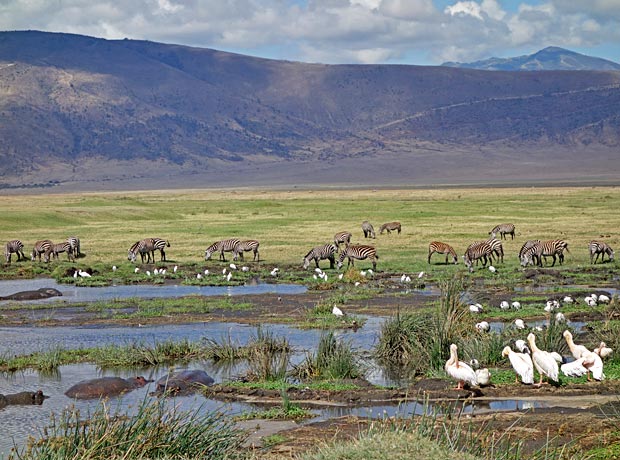 From the edge of the crater there is a breath-taking view of the arena. It has a diameter of 17 – 21 km. From here you go down past small bushes and mountain groves. The unbelievable wealth of animals is becoming more and more visible. The wildlife density in the crater is so great that some travellers find it too easy to spot the animals. They associate the crater with a cauldron and substantiate their visual impressions with the stamp of an artificially created zoo. As if it was an attraction at Disney World or a re-constructed Noah’s ark: not a ship, however, but an open-air stage.

Two of our favourite safaris which will also take you to the Ngorongoro Crater:

But the landscape is ‘real’ and the animals are here voluntarily. Instead of freedom-robbing fences, there are alluring, high-quality, mineral-rich soils and diverse habitats that provide the best nutrients and living conditions for all, and that attract the animals. UNESCO describes the uniqueness of this paradise as follows:

“The stunning scenery of Ngorongoro Crater combined with its spectacular concentration of wildlife is one of the planet’s greatest natural wonders.”

Tanzania is full of highlights. The Ngorongoro Crater is one of them and certainly worth a visit. We are happy to answer any questions and support you in planning your trip to Tanzania. Here on site, we are always well informed about the current situation. So get in touch with us!