This picturesque crater-lake is situated in the south of Tanzania, roughly 38km from the city of Mbeya on the way to Lake Malawi. Geographically the crater is part of the Mporoto Ridge forest reserve with Ngozi peak at 2620m the highest point of the ridge. It is possible to hike up to the top of the crater to see the lake inside.

This mountain was once a volcano and although not confirmed, it is said that the mountain dates back to the Neogene period. After becoming unstable it ended its life as a volcano and became extinct as a caldera. The flooded crater is 2.5 km long and 1.6 km wide making it the second largest crater-lake in Africa. The lake has fish and the water is a deep emerald green colour. The local people use a very steep path to go down to the lake shore to catch fish.
In respect to its depth, our guide told us that it’s over 300 m deep? I have heard other figures so let’s make it simple and say that the depth of the lake can be from 5m to 300m…

Local legend has it that during the German colonisation some soldiers tossed boxes of coins into the lake and cast a spell on it. Today the local people believe that there is a twelve-headed snake protecting the German treasure. Unfortunately during my visit no such creature was spotted, but for anyone going; be aware… 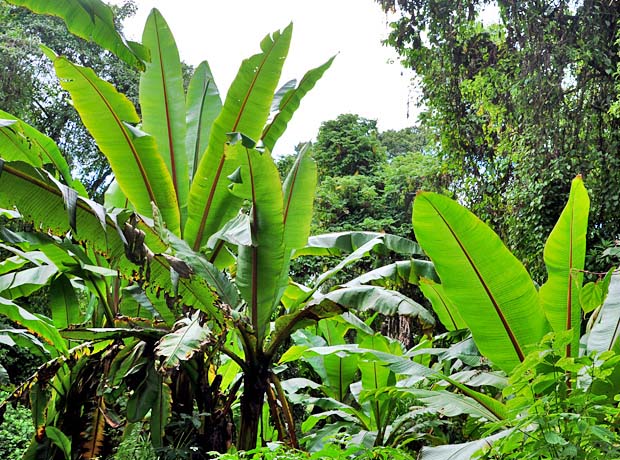 Ngozi can be reached by vehicle or bus. Coming from Mbeya, turn right at the Tukuyu- Lake Malawi junction, follow the road for at least 10 km until you will see a sign for Ngozi crater on the right. There is also a tiny brick building and a kind of gate. Entrance fees include entry for visitors, vehicles and fees for a guide ($9) and a guard ($6.50) to look after the vehicle. Fees may change unannounced.
If travelling by bus, ask the driver to let you out at the junction. The walk from the gate to the starting point of the hiking trail will take about 45 minutes to an hour. 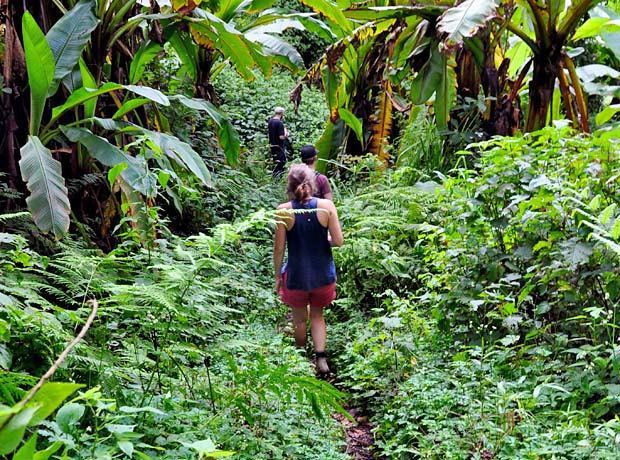 The main attraction is the hike to top of the crater to see the lake. The trail starts in a lush green forest full of wild bananas and massive bamboos. The path is in some places quite narrow and overgrown and some careful treading is required.
Keep your eyes open to see black and white colobus monkeys and several species of birds, the most frequent being trumpeted hornbills. This area is also famous for the endemic three horned chameleon.
In general the hike is moderate in terms of difficulty and just before the top there is section where you really need your hands for support. It should take between one to an hour to 1,5 hours is t to the top. Once you are at the top you have a breathtaking view of the lake and the crater’s its steep forested banks. If the weather is good then you can really appreciate the colour of the water. 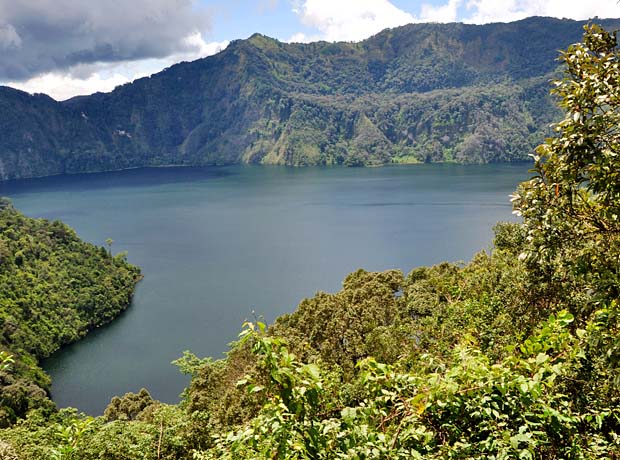 A word of warning: there are a lot of horse flies in the area, use some kind of insect repellent before starting. Also take a rain jacket and a wear a sturdy pair of hiking shoes.