Home//Animals & Plants, Stories//Ostrich – The fastest bird in the world
Previous Next

Ostrich – The fastest bird in the world

The fastest bird in the world

There are four subspecies of ostriches in Africa of which the Masai ostrich is most prevalent in Tanzania. These giant birds cannot fly, but to compensate they can run. Reaching speeds of over 70 km/h make them undoubtedly the fastest land birds in the world. Standing between 2 to 2.9m tall they always keep a look out for predators in the African savannah. They also live in semi-arid regions and open plains.

They can weigh between 60 to 145kg and can live to be 40 – 50 years old in the wild. Dominant males can have up to 6 hens with one alpha hen. She has the position of being the ‘first wife’ so to speak and enjoys the perks of this.
The top hen’s dominance is seen after the mating season when the hens lay their eggs. Each female can distinguish between her eggs and that of the other females. During incubation the alpha female pushes her eggs to the middle of the nest and the eggs of the other hens are pushed out towards the end. This ensures that the middle eggs get the most heat – typical ‘survival of the fittest’ behavior. 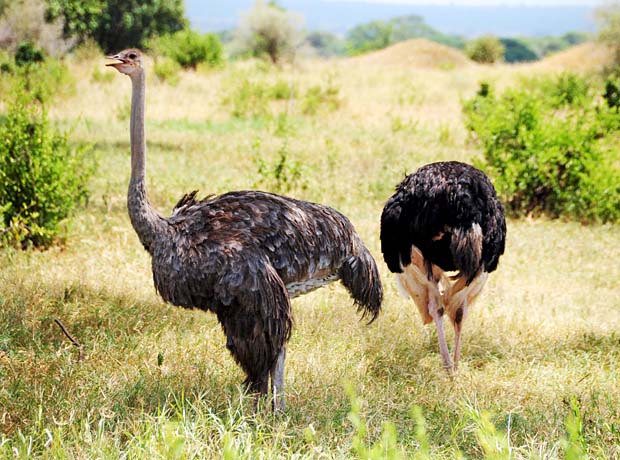 Nature created everything for a reason; the alpha female incubates during the day as the grey-brown colour of their feathers provides good camouflage. At night, males with their black feathers are on duty. Being so darkly coloured they can go almost undetected in the night. Incubation time is quite short, taking only 35 to 45 days before the first chicks hatch. Once hatched it is the male’s duty to teach the chicks the basics of life. Chicks leave the nest at four months and will be fully mature at 18 months. 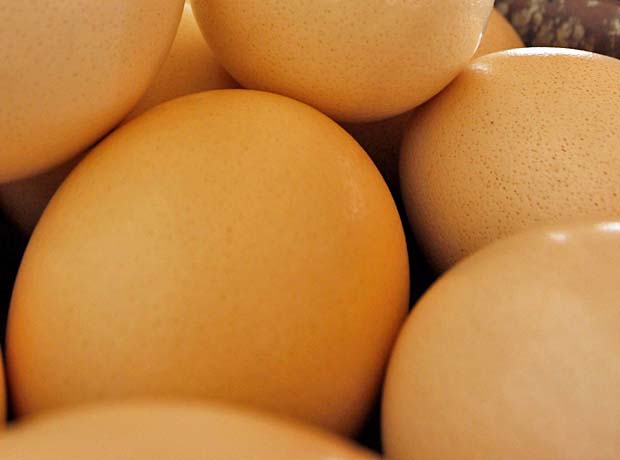 Ostriches will feed on flowers, leaves, fruit and insects and make a range of sounds like snorts, whistles and a loud booming sound when predators are near.