Tanzanian Coffee – from the tree to the cup

Nothing beats the smell of freshly brewed coffee in the morning, but did you ever take the time to think about how and what it takes to get coffee into your mug?

Most of the coffee grown in Tanzania, is found in the northern part of the country. The Kilimanjaro region has some of the largest estates as well as small local run plantations. Near to the Ngorongoro Conservation area in Karatu one also finds plenty of large coffee plantations. Coffee plantations can also be found in southern Tanzania.

70% of the coffee grown in Tanzania is Arabica coffee which thrives in high altitudes whereas the lesser grown Robusta is grown in lower altitudes and in areas like Kigoma near Lake Tanganyika.

In the Kilimanjaro region coffee was first introduced by German missionaries as early as 1898. Since then there has been no going back and today the demand for Tanzanian coffee is growing more and more.

Of all the coffee grown in the Kilimanjaro region, 90 % is grown on family owned plantations the remaining 10% is made of larger coffee estates. Coffee trees can grow as old as 50 years before they have to be pruned to allow the seedlings to carry on growing.

Let’s go through a traditional cycle of coffee from planting to consuming as done by a local family on the hills of Kilimanjaro.

Seeds are planted in a nursery until they grow after which they are put into individual bags. After reaching a height of 1 foot a hole is prepared.

The holes have to have a 1 m radius and should be 1m deep, in the hole itself the planters put a mix of manure and earth, the coffee plant is placed in the middle and left to grow. The plant is regularly watered and it can take up to 2 years before the first berries start to appear. 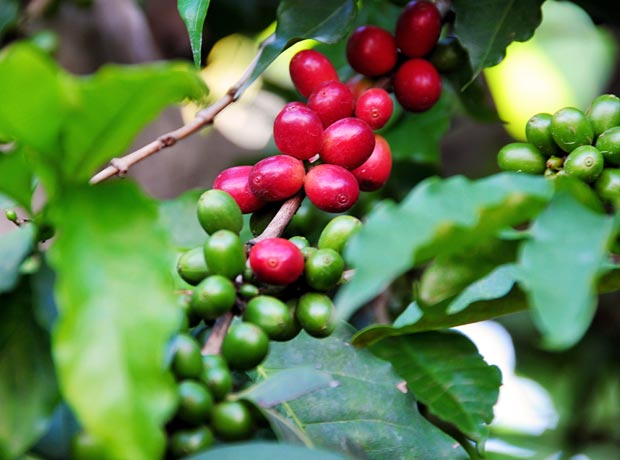 Harvesting time in Northern Tanzania is usually from July to December. The coffee tree produces white flowers which fall off after a couple of days and in their place a berry appears. This process continues throughout the season hence why coffee is sold in different grades from AAA to F. The berry itself when raw is green and it eventually turns red, once red it is ready to be harvested.

The harvesting is usually done by women, who go through the plantations picking only the ripe berries. The harvesting of the berries continues through the whole season and the later it gets in the season the more the quality drops. The first few crops are almost always the best. 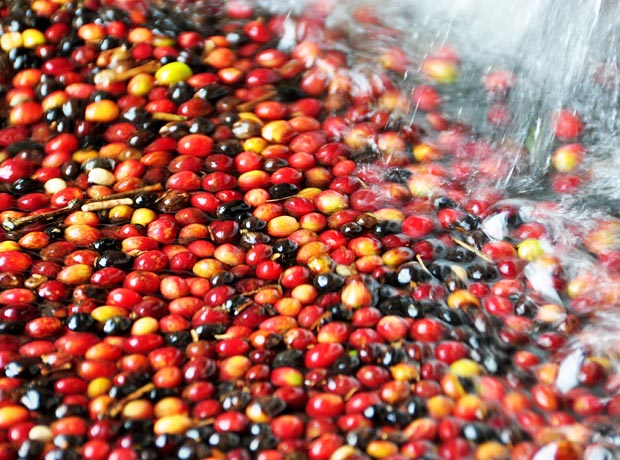 So the ladies bring in the harvested berries, which are put into a machine that takes off the pulp. With the pulps off the berries are very slimy, in order to get rid of this slime they leave the beans in water for a couple of days. This is also when the fermentation happens, this process is known as the wet method.

After the slime is off the beans have a rough texture on them. They are dried on large screens in the sun, depending on the weather the beans are left to dry for a couple of days. The beans once dried to their requirements can now be stored or packed for export. 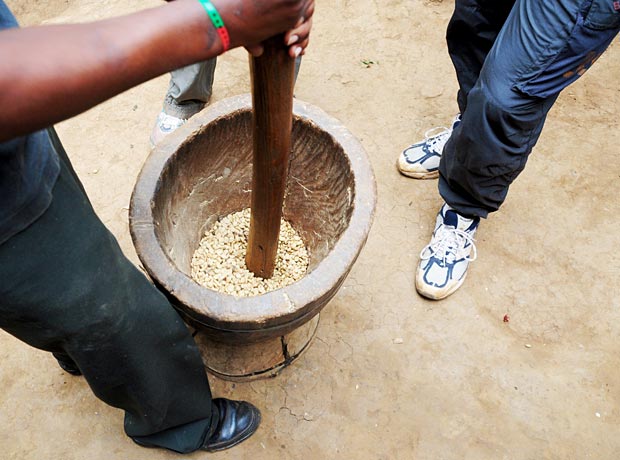 Traditionally however the process continues, the dried beans are put into a large wooden mortar and beaten this helps to get rid of the remaining skins from the beans. After this process the beans are cleaned by blowing away the light skins using a large flat plate. 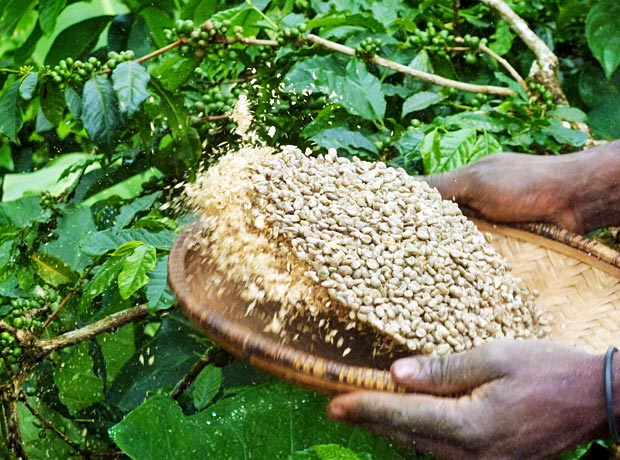 The beans up until this point still do not let of the pleasant odour of coffee. That only happens once they are roasted. For home use the cleaned beans are put in a pot on a fire and roasted. 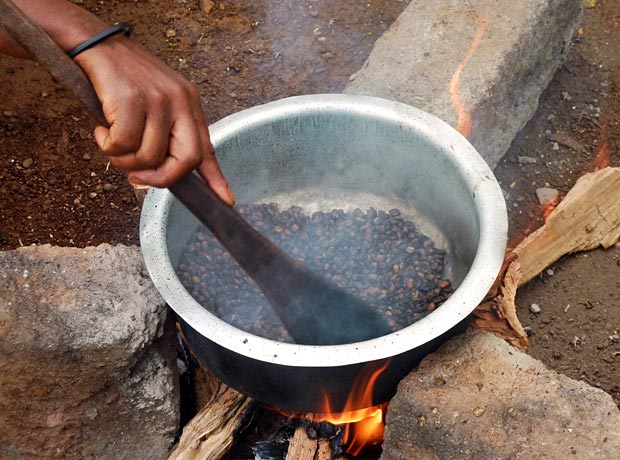 Once roasted the beans go back into the mortar where they are grinded to powder and are ready to be drunk. 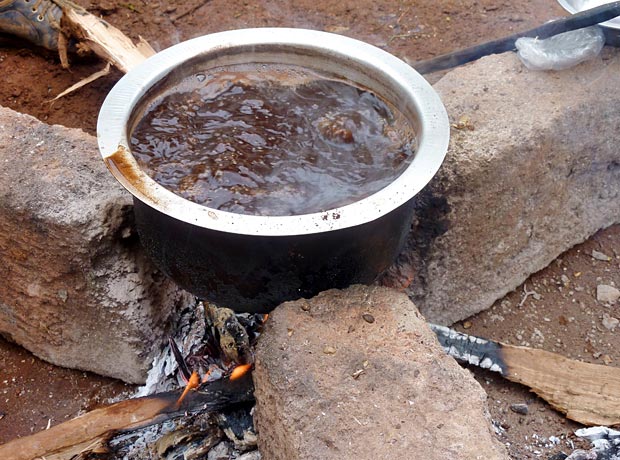 So the next time you are drinking Tanzanian coffee you can reflect and know how it got to your cup.