Tanzania alone has more wild African elephants than all of Asia has Asian elephants. They are a blessing for tourism, but they often make life difficult for the population. Today’s blog is about how the country manages this balancing act. 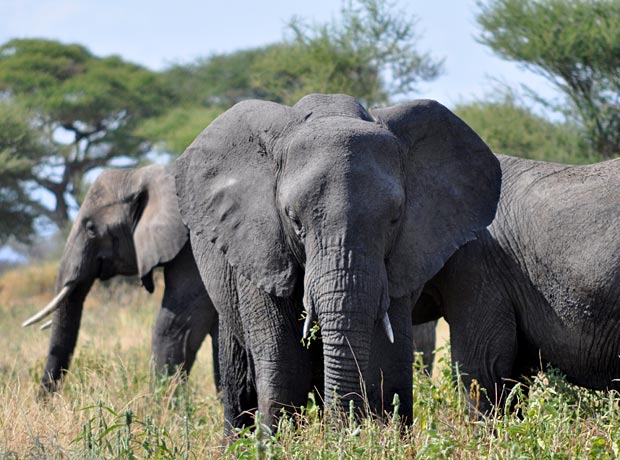 The Tanzanian government estimates that there are more than 60,000 wild elephants on their territory. A true success story, after the country lost around 60% of its ivory carriers between 2009 and 2014 alone – mostly due to massive poaching. The population had shrunk to around 43,000 pachyderms at the time.

Due to the expansion and improvement of the fight against poaching, their number has not only stabilised in recent years, but even increased. To the great delight of tourists, who can admire them above all in Tarangire National Park and – in even larger numbers – in the Ruaha National Park, the Nyerere National Park and the Selous Game Reserve.

In contrast, the local population is not always quite as enthusiastic about elephant sightings. This is especially true in regions where the elephants do not keep to the boundaries of the protected areas but storm the farmer’s water troughs and fields and carelessly cause destruction. A challenge that the communities, the government, and non-governmental organizations are facing up to.

Want to learn more about traveling to Tanzania? We are happy to advise.
Get in touch with us!

Elephants in Tanzania – one’s joy and the other’s sorrow

Southern Tanzania, which has fewer tourists, was particularly affected by the magnitude of elephant deaths, a real “killing fields”. They were hunted and slaughtered primarily for their ivory, which at its peak fetched up to 80,000 USD a kilo on international markets in those years.

Conversely, there is some evidence suggesting that the large presence of tourism in the northern and north-eastern protected areas played a significant role in the savannah giants’ chances of survival.

But the ever-growing population and its expansion into elephant habitats also add to the drama. On the one hand, these “unilateral” land grabs ensure people’s food security. On the other hand, they increasingly lead to conflicts with elephants when they pounce on their crops.

Elephants in Tanzania and the hope for prosperity

According to government statistics, more than 33% of Tanzania’s land mass is declared as protected areas, including 22 official national parks. Compared to international numbers, this sends a clear signal for wildlife conservation. At the same time, the local population grows, and small villages grow into bigger towns across the country. This is bound to lead to conflicts, not only between humans and wildlife, but also between the local population and their government. Those in charge try to convince the local population that the conservation efforts are indeed necessary.

An important argument used by politicians to win over the people for their protective measures is the country’s profit from tourism: people from all over the world come here because they can see lions, leopards, rhinos, buffalo, elephants, zebras, and giraffes. They bring foreign currency into the country and thus contribute to the prosperity of all. 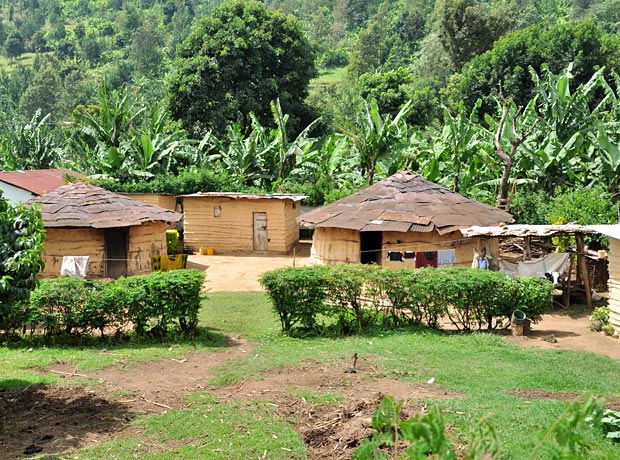 But the experience of many in the population is that the tourists might buy an ice cream here and a bottle of water there. This is particularly reported by those who are not involved in the tourism sector. For most of them there is no sign of prosperity. Even the promised compensation payments for the destruction of their property often do not go smoothly: the bureaucratic effort, the proof of evidence, etc.

And where income from tourism flows back into the communities, the desired gain is not necessarily evident, for example through the improvement of the infrastructure like the construction of roads, schools, kindergartens, or the like.

Elephants in Tanzania and human-wildlife conflicts

A lot of conflict resolution work is needed behind the scenes to ensure a balance between the needs of local people, animal welfare and tourist expectations. As in the famous china shop, breakage is great when the elephants head for water or food: they trample on the fields, knock over bushes and trees, eat the crops and fruit of the trees, destroy drinking systems and water containers.

The international guests usually don’t notice anything. So what is currently happening in Tanzania beyond the compensation payments to create this important balance? Here are a few impressions:

Chasing the elephants away

Some of the losses caused by elephants are serious. The feeling of helplessness in those affected can be just as great. And just as great as the worry about the next incidence. For many, the first priority is to limit the damage. Farmers guard their fields, drive the clumsy oafs off the farmland with loud calls, clapping their hands, drumming on pots or the like. They kindle fires, set painful traps, or throw stones, sticks, and spears at the elephants. And even resort to gunshots in the air, as well as sometimes shooting a problem elephant.

These methods are labour intensive. They require many resources and are highly dependent on how much acceptance the local community has for pachyderm activities. Killing an elephant as a result, may be necessary from the point of view of those affected, but above all it shows the helpless failure of all conflict management efforts.

Not for nothing do elephants have a reputation for being smart. Again and again, they get used to the farmers’ deterrence efforts and steer towards their goal unchecked. Stepping up to these animals and to scare them away requires a few tricky ideas. In addition to deterring the elephants, they also help the farmers to get a “good” night’s sleep. These measures include, for example, special fencing, including solar-powered flashlight fences, chill fences or beehive fences.

The solar powered strobe fences are made up of flickering lights mounted on bamboo poles at elephant eye level and spaced about 200m apart, or less.

Chilli fences are not ribbons lined with chili peppers and attached from one post to the next. Instead, they are sisal linen or sisal cloth fences soaked in chilli oil whose smell or taste acts like “live” ammunition to elephants without killing them.

Alternatively, there are attempts – comparable to mosquito repellent – ​​to fill a kind of “elephant repellent” in bottles and hang those along the fence at regular intervals. The Southern Tanzania Elephant Program (STEP), for example, uses a foul-smelling fermented recipe made from chili, ginger, garlic, neem tree leaves, eggs, and cow dung. The fug makes even skunks jealous.

The beehive fence is based on the fact that the pachyderms are not that thick-skinned and are afraid of bees. Bees, too, are set up around a tilled field. Depending on the size of the area to be fenced in, the measure requires a lot of work and money. And filling them with wild bees isn’t even that easy. They have to come from somewhere.

On the other hand, beehive fences offer the farmer the advantage of possibly building up another mainstay: earning an additional income as a beekeeper through the sale of honey.

In addition, there are a number of other very important accompanying measures. These include, for example:

Tanzania enjoys a large elephant population and strives for a good coexistence of humans and animals. Tourism benefits greatly from this, as the government has placed large areas of the country under protection.

We are happy to answer any questions and help you plan your trip to Tanzania. Here on site, we are always well informed about the current situation. So get in touch with us!