Home//Travel Tips//When is the best time to travel to Tanzania: going on safari in the low season
Previous Next

When is the best time to travel to Tanzania: going on safari in the low season

Busy – is probably the last thing you want to feel or be on your Tanzania safari. But busy it can get, if you decide to travel during the peak season of the northern hemisphere’s summer months or over the Christmas holidays.

“When is the best time to travel to Tanzania?” – we can only answer with a “It depends…”. But here are four reasons, why we love going on safari in Tanzania in the low season.

Beating the crowds – just you and the wild, best experienced in the low season

Endless horizons, vast plains, watching elephants munch on twigs for breakfast – just you and the wild. That’s how we love safari, that’s how everyone loves safari. The reality is, that high season will see increased numbers of visitors and thus more safari vehicles in the national parks. An exciting sighting will not stay a secret for long, before other cars arrive at the scene. Low season on the other hand will grant you exclusive game viewing and your very own sightings. Two’s company, three’s a crowd – if you don’t like sharing your breakfast with elephants with other safarians, go on safari in Tanzania in the low season. 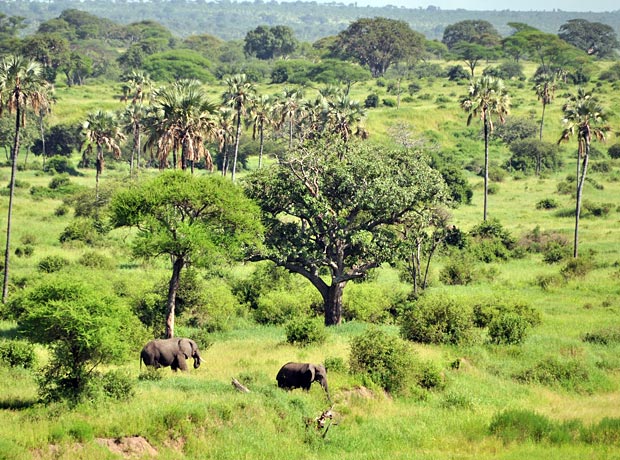 Lower prices – a more exclusive experience at lower prices, only in the low season

Less visitors equal less occupancy of safari lodges and camps during the months of March to May and November. And that’s when accommodations lower their rates or promote specials. While prices go down, service, facilities, and experience don’t. On the contrary! The staff will have extra time to take care of you, stop for a chat, go the extra mile. Your favourite sundowner spot on the communal deck – it will be yours for the whole stay.

Many camps even take it a step further and have different prices for low season (May and April) and shoulder season (March and November). Taking advantage of the off-peak season may afford you more luxury for your money.

Lush landscapes – for green grasslands and dramatic skies, travel in the green season

Less people, less money spent – fair enough. But it will be raining and miserable the whole time. Not quite! Low season attracts less visitors because it is the rainy season. But: it is also the green season. Dry steppe turns into lush grasslands, dark rain clouds are the perfect backdrop for dramatic photos and the light is simply magical. Rains in the bush are often heavy, but just as often they are short. An afternoon thunderstorm or rain clouds in the morning won’t linger the whole day. Rains are often localised, which means you may be just as lucky and witness it from afar. 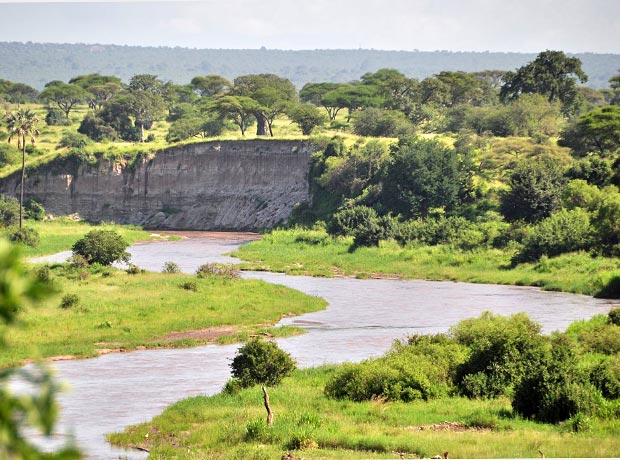 Calving Season – if you like baby animals, travel off season

Many travel to Tanzania hoping to see the Great Migration of thousands of wildebeest and zebras in the Serengeti. There is no denying: it can get rather busy in the Serengeti or Kenya’s Masai Mara during this time with travellers from around the world hoping to see this great natural spectacle. But nature is spectacular all year-round! While not strictly speaking low season, travel in the months of January and February, off-Migration-season, and witness the calving season. Every year, hundreds of wildebeest are born in the Southern Serengeti every day. Attracted by the easy prey, expect many big cats and other predators lurking. 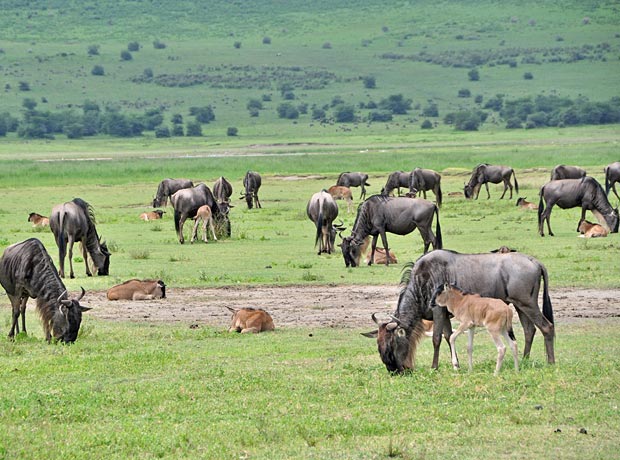 Travelling to Tanzania in the low season may just be the best kept secret of East African safaris. And always remember: rain is a blessing!

Get in touch and let’s start planning together!