We organize excursions to Udzungwa Mountains National Park as tailor-made-tours only. Please contact our travel consultants or a bespoke itinerary.

The biodiversity of this park is by far one of Tanzania’s most special features. Habitats include mountain forests, tropical rainforests, Miombo woodlands, grasslands and steppe. The Udzungwa Mountains are part of the Eastern Arc Mountains which are found in Kenya and Tanzania and were formed some 200 million years ago. Today they hold a unique collection of flora and fauna and cover only 2% of Tanzania’s area but hold between 30-40% of the countries plant and mammal species.

The vertical height of the Udzungwa forests ranges from 250 m to 2,576 m and with numerous forest trails, offering different kinds of activities, the park is a true hikers paradise. A half day tour to Sanje waterfall at a towering 170 m is definitely worth doing. 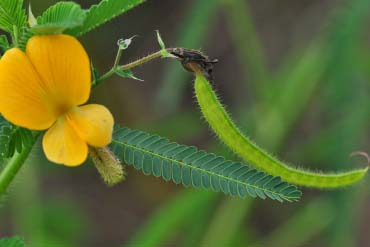 The park is also home to 6 species of primates, 2 of which (Iringa red colobus and the Sanje crested Mangabey) occur nowhere else in the world.
Mammals found in the park include elephants, leopards, bush bucks, duikers, palm civets, Miombo genets, elephant shrews and hyenas.
Bird watchers are also in for a treat as the park boasts with over 400 species of birds. Some of them are endemic to the Eastern Arc Mountains and four of them are found only in Udzungwa. Other common birds include ruppells vultures, marabous, crowned eagles, malachite kingfishers, woodland kingfishers, silvery cheeked hornbills and trumpeter hornbills.
Over 2500 species of plants have been discovered in the park of which 25% are endemic to the area.

Research is still ongoing and as this park is so secretive it isn’t yet known what else can be found here. Recently a new species of snakes was found in the park and it is claimed to be endemic.