Lamb or Mutton – not easily found at local restaurants

When you are in Tanzania and you want to try the local food then “Nyama Choma” (grilled meat) is a must! It is available almost everywhere and comes in all shapes and sizes. The most common meats include beef, pork, chicken and goat. The dish is eaten with Ugali (stiff porridge made from maize flour), fried bananas and or chips. A nice salad called “Kachumbari” is also served.


For those who prefer something spicier, “Pili pili” which is a hot sauce cooked using tomatoes, chilly, garlic and lemons is well worth a try.

But look around and you will hardly ever see lamb or mutton being offered. Why? There is sheep everywhere! 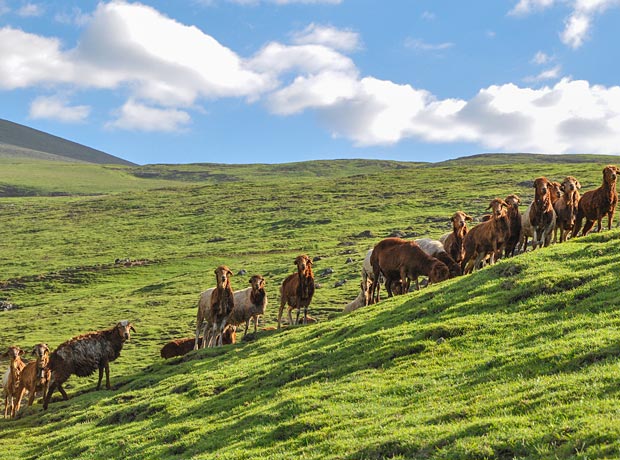 Intrigued and curious by this, I went around and asked a few people.

Most of them said the same: restaurant owners cannot sell the meat as well as goat, chicken and beef.

And then there was the one or other random and amusing answer. One person said that the meat is too cold, so people don’t like it – I have no idea what he meant by this?

But just because it is hardly offered in restaurants does not mean that mutton and lamb is not eaten in Tanzania because people often enjoy it in their private homes. Especially when there is a gathering or celebration, families will slaughter a lamb for the feast. 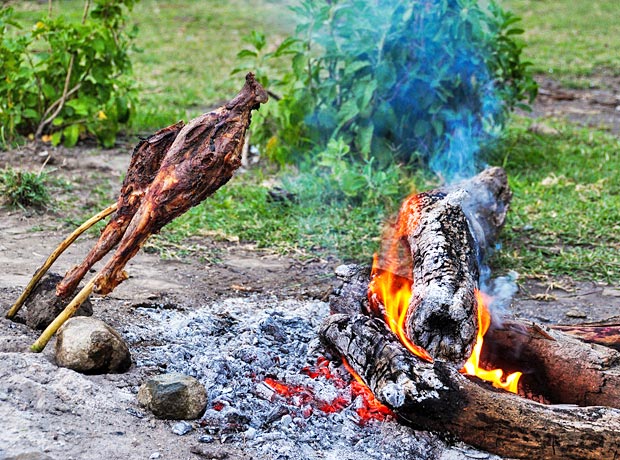 Personally, I have only ever had grilled lamb once in a local restaurant. It was in a tiny village near the Usambara Mountains. But if you go to larger restaurants that cater to international clients, chances of finding lamb on the menu are a lot higher.

The indigenous species of sheep is known as the Red Maasai. They get their name from the Maasai, one of the most famous nomadic tribes in East Africa. It is a fat tailed hair sheep that produces meat rather than wool. But the Maasai do not only consume the meat but also make use of the fat that is retained in the sheep’s tail. The fat is used for wounds, as moisturizer and sometimes on hides to aid durability and much, much more. There is nothing a bit of sheep fat won’t cure.