Home//Travel Tips//Is Mkomazi National Park worth a visit?
Previous Next

Is Mkomazi National Park worth a visit? 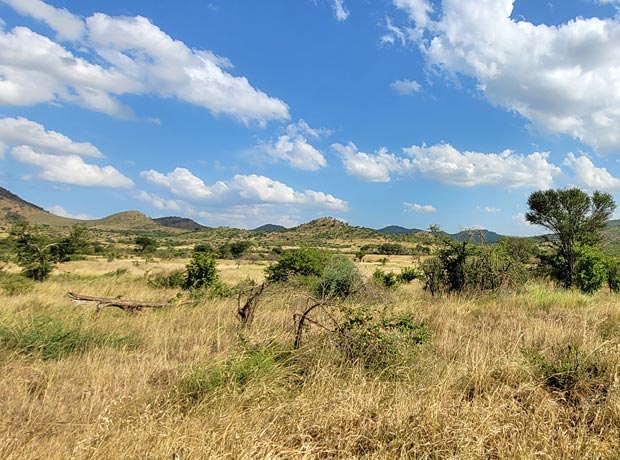 Mkomazi National Park is framed by the idyllic green slopes of the Usambara and Pare mountain ranges. Not far from here, the snow-capped peaks of Mount Kilimanjaro form a majestic backdrop. In addition to the beautiful landscape, it is above all the fascinating animal world that makes the park special. And it’s not overcrowded either.

Do you want to learn more about traveling to Tanzania? We are happy to advise.
Get in touch with us!

Is Mkomazi National Park worth a visit? – Its history

The name Mkomazi derives from the words Mko for “wooden spoon / ladle” and Mazi for “water”. It comes from the language of the Pare ethnic group. Translated as “ladle full of water”, it alludes to the little water that is available – it is just about enough for one ladle. The area is particularly challenging during the dry season.

Originally, the area consisted of two game reserves. But before they were merged in 2006 and officially declared a national park in 2008, covering an area of 3,245 km², a few herder families from the Parakuyo ethnic group were allowed to live there with a few thousand of their cattle, goats and sheep. The then British colonial government agreed to this because the Parakuyo had lived in the area for many years. The condition was not to endanger the ecological integrity of the reserve.

In the years that followed, more and more people and animals migrated to this area. Maasai, Sambaa, Pare and other ethnic groups also settled here. In the mid-1980s, for example, the newly independent Tanzanian government was faced with radically different circumstances. In their eyes, the area was now overpopulated with humans and animals and the ecosystem was out of balance. It arranged for the evacuation of the two reserves.

Since then there have been ongoing legal and moral efforts by the Masaai and Parakuyo. They fight against the evictions on the basis of tradition and customary law. On the other hand, the government cemented the decision on its resettlement campaign by upgrading the region to a national park. They subsequently wrote an animal and nature conservation success story with Mkomazi.

Success comes with Tony Fitzjohn’s tireless dedication. The conservationist joined the government’s cause as early as 1989. He “cleaned up” Mkomazi, freeing the area from poachers and making it a home again for wild animals. His biggest project was building a breeding station for the endangered black rhino.

Fitzjohn finally retired as park director in 2020 and the Tanzanian national park authority took over Mkomazi. He not only left behind a transformed wildlife sanctuary, but also a clear statement of how much can be achieved with hope, vision and irrepressible will. Fitzjohn passed away on May 23, 2022 after a serious illness.

Where is Mkomazi National Park? – Location and Vegetation

Mkomazi National Park is framed on its west and south sides by the Pare Mountains and on the east by the Usambara Mountains. In the north of the protected area borders directly the Kenyan national park Tsavo-West. Together they form one of the largest and most important protected ecosystems in East Africa. 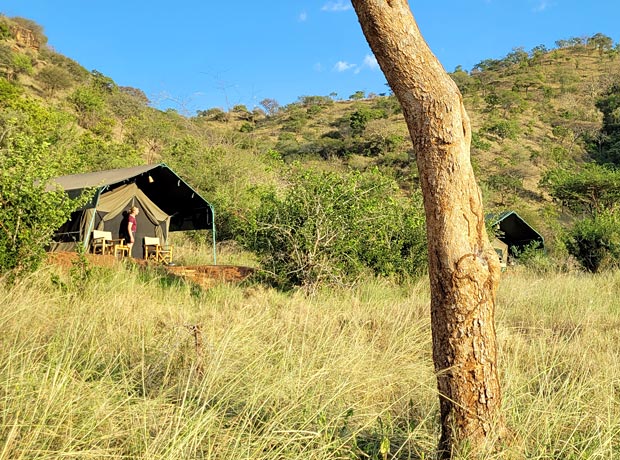 Since Mkomazi marks the southern tip of the Sahel, the landscape is rather dry and desert-like. The climate favors a vegetation of Acacia Commiphora forests in the lower elevations and dry forests towards the western mountains. Isolated kopjes, ridges and African baobab trees provide variety here, as does the Umba River in the southeast. It is the national park’s main water source, but too far away from the wildlife-rich north and south-west of the park. Only the construction of a dam and other water points provided some relief here.

Which animals can you see in Mkomazi National Park?


As Kenya’s vast Tsavo West National Park borders Mkomazi, there is a natural corridor for migratory herds of elephant, oryx and zebra. Lions, cheetahs, leopards, giraffes, buffaloes, impalas, Thomson’s and Grant’s gazelles are also at home in the savannah landscape of this original nature. Sunbathing crocodiles lie on the riverbank.

The national park has earned international recognition not only for its breeding station for black rhinos, but also for its protection program for the endangered African wild dogs. Unlike all the other freely roaming wild animals, neither the rhinos nor the wild dogs are currently roaming freely in the national park. At least the rhinos can be visited on a tour led by park rangers in a newly established enclosure not far from the Zange gate. It may not be as exciting as meeting them in Serengeti National Park, but unlike there, in Mkomazi you can at least be sure to actually see the rhinos. 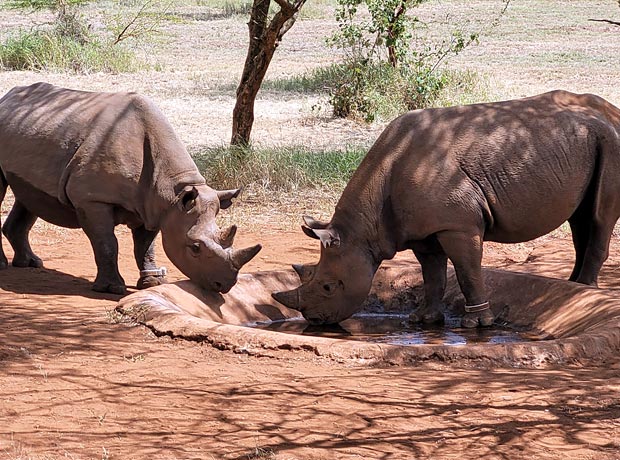 In addition, due to the variety of landscapes and climatic conditions, over 400 native and migratory bird species call this place home, such as ostriches, eagles, weaver birds and secretaries.

For whom is a visit to the Mkomazi National Park worthwhile?

Mkomazi National Park is worth a visit …

We are happy to answer any questions and help you plan your safari. Tanzania-Experience is a reliable partner by your side. So get in touch with us!