The 5 most beautiful islands to visit in Tanzania

Tanzania is one of Africa’s most popular safari and trekking destinations. Many like to end their mainland holiday on one of the country’s islands. Today’s blog presents the 5 most beautiful islands to visit in Tanzania – oases of relaxation with overnight accommodation. 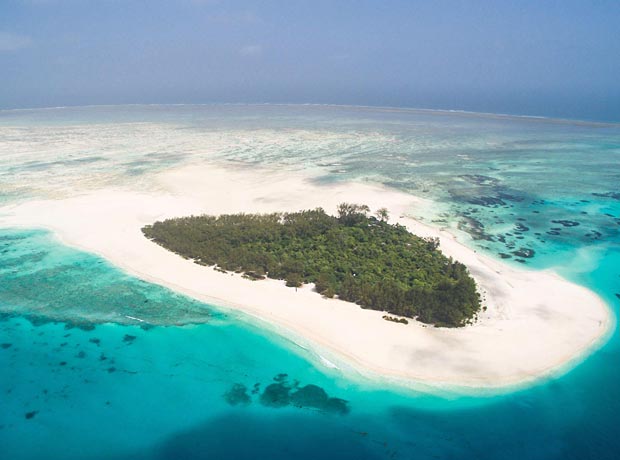 Tanzania’s islands offer heavenly beaches, turquoise water, and an exotic ambience. After a trek up Mount Kilimanjaro or a safari in the country’s most famous wildlife sanctuaries, many opt for an island vacation. To ease the agony of choice, today’s blog provides information about the 5 most beautiful islands to visit in Tanzania that are particularly worthwhile.

You want to learn more about traveling to Tanzania? We are happy to help you plan your trip.
Get in contact with us!

Zanzibar is certainly the best known and most popular of all the Tanzanian islands. Even the name sounds fantastic! It is quite possible that Freddy Mercury, the island’s most famous son, was inspired by the island’s beauty when composing his songs “We are the champions” or “We will rock you”. You can visit the house where he was born in Stone Town, Zanzibar’s old town. Stone Town is a UNESCO World Heritage Site and worth a visit in its own right with its oriental flair from 1001 Nights. 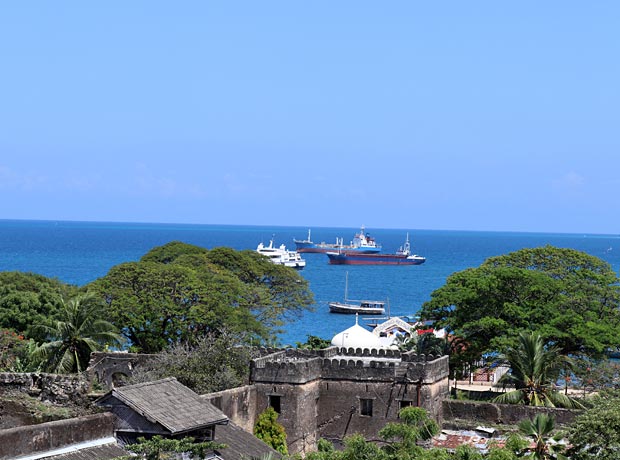 If city life is not what you’re looking for, you can take a leisurely stroll along the white beaches and the shores of the turquoise waters or lie dreamily on a beach lounger under gently swaying palm trees. As quiet and inconspicuous as Zanzibar is in the Indian Ocean, its history is stormy: Christianity replaces Islam, Islam replaces Christianity. It was the centre of trade in the Indian Ocean and the hub of the eastern slave market, then a British protectorate, later finally the state of independent Tanzania and today the country’s most popular water sports and beach holiday resort. The spice tours are also recommended. Zanzibar is only about 40 km off Tanzania’s east coast and is easily accessible by boat and plane.

Few people know that the name Zanzibar refers to the Zanzibar Archipelago. These include a series of islands surrounding the main island of Unguja, which many simply (and incorrectly) call Zanzibar. 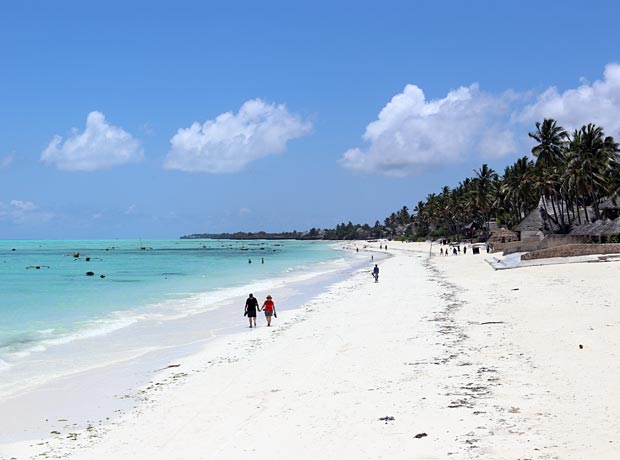 In this blog, we share five good reasons why the Zanzibar Archipelago is worth a visit.

North of Stone Town lies the small prison island of Changuu Island in the Indian Ocean. The term prison island may sound intimidating. But you have nothing to fear except maybe being attacked by turtles. Some Aldabra giant tortoises live on the island. They have the special ability to drink water with their nose. Maintaining a healthy population of these magnificent specimens has never been easy in the past. They were readily stolen and sold. It is unlikely that this will happen to you if you move across the 800 m long island or lie sunbathing on a dream beach.

Now you might think the thieves were caught and imprisoned on Changuu, Zanzibar’s Alcatraz. But no. Instead, Arab slave traders used this seclusion to punish unruly slaves before selling them on the slave market. Later, the British governor actually had a prison built for violent criminals. But a deadly epidemic quickly changed plans. Instead of violent criminals people suspected to be infected with yellow fever were brought to the island. Quarantine instead of jail, isolation station instead of prison island. And so the prison became a hospital. The old prison is still there, and you can visit the cells. But it is not criminals who are locked away, but giant tortoises in need of protection.

There are a few cottages on the small island, but most visitors opt for a half-day or day trip when visiting Changuu Island. From Stone Town, you can easily reach the island per boat.

Pemba Island is also part of the Zanzibar Archipelago. It is more fertile, hilly, and quieter than its larger neighbour Unguju. For many it is still considered an insider tip. But the second largest island in the Zanzibar archipelago is becoming increasingly popular. Dense forests, breathtaking sandy beaches, and diving spots rich in fish and coral attract holiday makers. 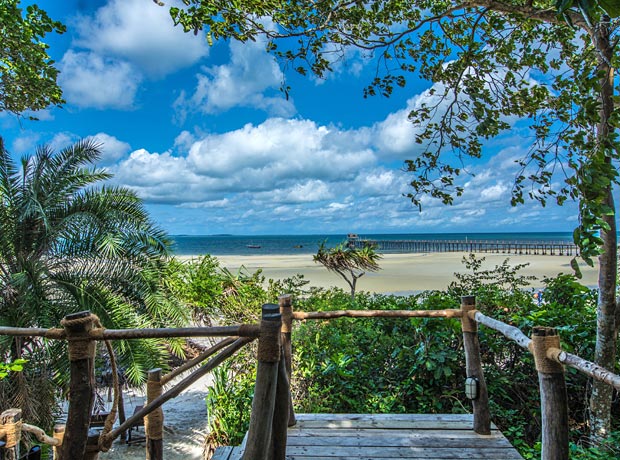 Gone are the days of unreliable power supplies. Until 2010, Pemba could only be supplied with the island’s own electricity. The reason for this was the deep-sea trench between Pemba, Unguju and the mainland. In the meantime, however, an undersea cable has been laid. For those who need it, the electricity now comes from the socket. But pure nature is preserved.

Mafia and its neighbouring islands belong to the southernmost group of islands in the Zanzibar archipelago. It is also south of Dar es Salaam. Smaller than the aforementioned islands, Mafia Island stands out above all as a paradise for divers and snorkelers. The reasons for this are its sheltered location, the many small neighbouring islands, and the adjacent coral reef.

Mafia has two special features to offer. On the one hand, the 17 km wide mafia channel that separates the island from the mainland is a habitat for the dugongs, extremely rare marine mammals. On the other hand, sea turtles lay their eggs on the east coast in the protected Mafia Island Marine Park. 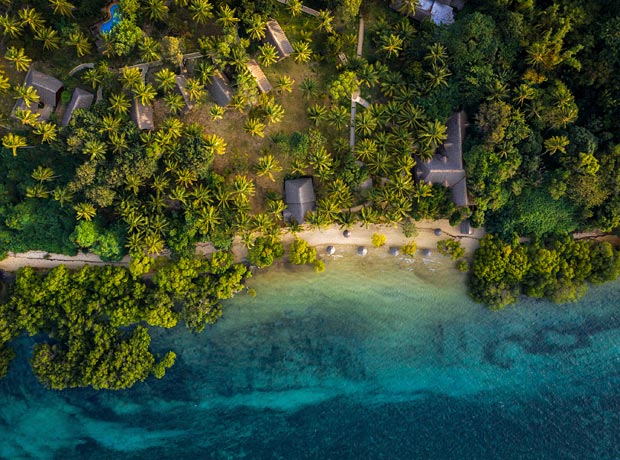 The marine park area also protects the coral reefs, which are well worth seeing, making the island more and more popular with diving and snorkelling enthusiasts. For us, Mafia Island is one of the most beautiful islands to visit in Tanzania.

The private resort island of Mnemba Island is the luxury category of island experiences in Tanzania. Located about 3km off the north coast of the main island of Unguja, it is home to the andBeyond resort. If you want to treat yourself to exclusivity, you can enjoy all the advantages of a private island: day visitors are not welcome here. Resort guests have unlimited access to the island’s white sandy beaches, blue and turquoise waters, dense forest, and coral reefs. 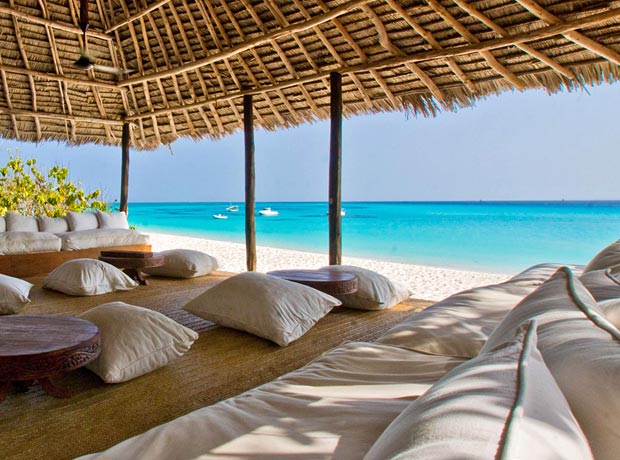 Tanzania’s islands are becoming increasingly popular as a tourist destination. Not only for those seeking relaxation, but also diving and snorkelling enthusiasts who want to explore the underwater life and coral reefs. A visit here to these islands is always worthwhile. We are happy to answer any questions and support you in planning your trip to Tanzania. Here on site, we are always well informed about the current situation. So get in touch with us! Your dream, our expertise – your very individual Tanzania experience.