The poachers‘ hide: stepping inside a baobab tree

Tanzania’s Tarangire National Park is known for its large elephant populations. One of the reasons they love it here so much, are the many baobab trees scattered across the park. The trees’ bark and the inside of the trunk act like a sponge and soak up water.
During the dry season, the gentle giants nibble on bark and trunk to quench their thirst. Over the years, their hearty appetite hollows the tree!

However, up until a few years ago not only animals, but also humans used the iconic tree for their purposes. Their motives though were different altogether.

The hollowed inside of this baobab in Tarangire National Park served poachers as hiding place until the mid-1990s. The poachers used a hole at the bottom of the trunk to crawl on the ground into the tree, before closing the entrance with bark and other wood to keep animals at bay. The baobab literally swallowed the poachers – they were nowhere to be seen and invisible to rangers on patrol. 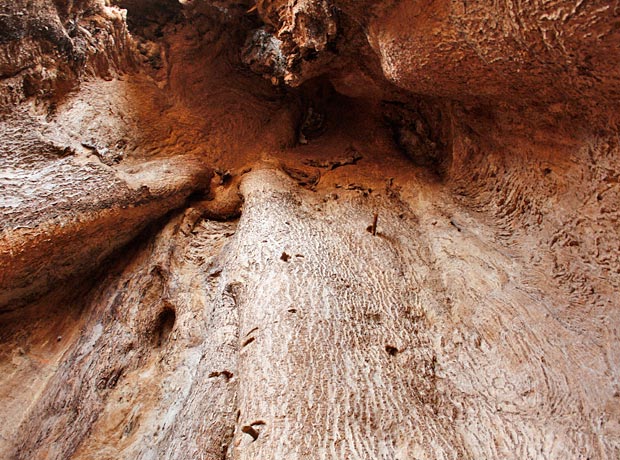 The high and hollow trunk was converted to serve as a drying chamber: the poachers hung the wildebeest, zebra and buffalo meat on hooks fixed to the inside of the trunk, drying the meat of several killed animals at a time.

On the outside of the trunk, the poachers installed short sticks to serve as steps. Using this ladder, they made their way to the top of the baobab tree. Quite a dangerous endeavour. From atop, they could overlook the national park and scout for their next prey, but were also able to spot rangers on patrol. Before the rangers would even get close, the poachers had fled. 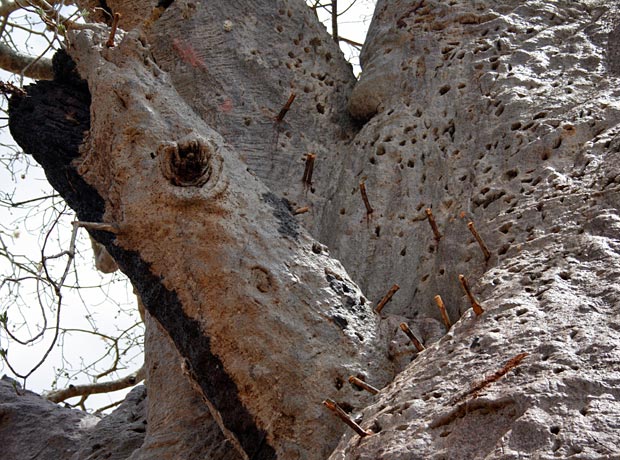 However, one day in 1995, the gang was observed when pulling a dead wildebeest to the inside of the tree. The rangers made their move – and got them. Today, you can visit the “Poachers’ Hide” when going on safari in Tarangire National Park.

The “Poachers’ Hide” shows: poaching does not only affect rhinos and elephants, being hunted for their internationally illegally traded horns and tusks. Less prominent animals such as wildebeest and zebras are being poached, as well, finding buyers on the local market. The motives behind the poaching of bush meat though, is yet a different one altogether.