Home//Photography, Travel Tips//A safari in the Ngorongoro Crater: 14 photos that will make you want to pack your bags and fly to Tanzania today
Previous Next

A safari in the Ngorongoro Crater: 14 photos that will make you want to pack your bags and fly to Tanzania today

The Ngorongoro Crater is one of a kind. And while this phrase is often used in travel speak, it most certainly applies to the Ngorongoro Crater: it is the largest inactive, intact volcanic caldera on earth and while the whole area, the Ngorongoro Conservation Area, is listed as a UNESCO world heritage site, the crater itself is also among the Seven Natural Wonders of Africa.


These accolades however, these big words, they don’t quite do justice to the mystic beauty wafting down the thickly greened slopes and across the shimmering grassland. To fully comprehend the fascination many travellers speak of after experiencing the Crater, you will have to make your way to Tanzania.

In the meantime, we share photos with you capturing the Ngorongoro Crater in all its splendour.

A safari in the Ngorongoro Crater 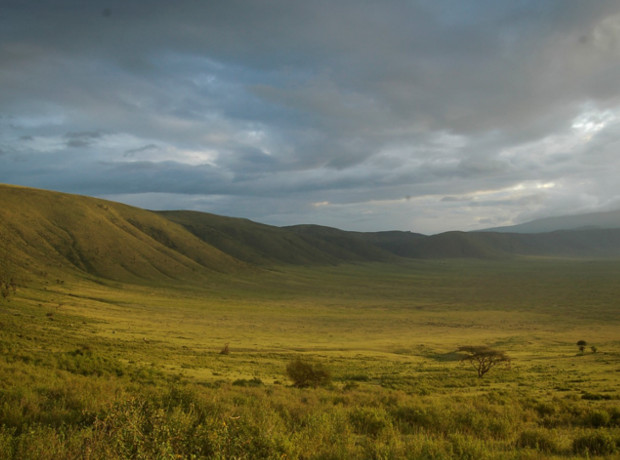 It’s not easy to grasp the idea of a big hole in the ground being home to thousands and thousands of wild animals. But this is exactly what it is. 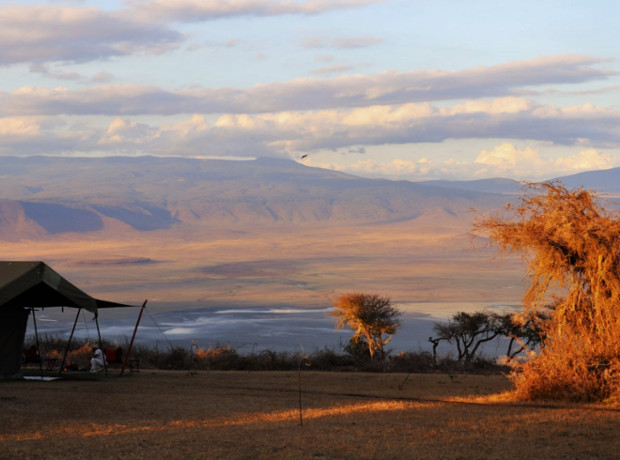 You will sleep in the surrounding area or at the crater rim; drive down into the Crater in the morning and after your game drive, you drive back up again. On about 260 square kilometres, lions, buffaloes, zebras and hippos find enough space to call the Ngorongoro Crater home. 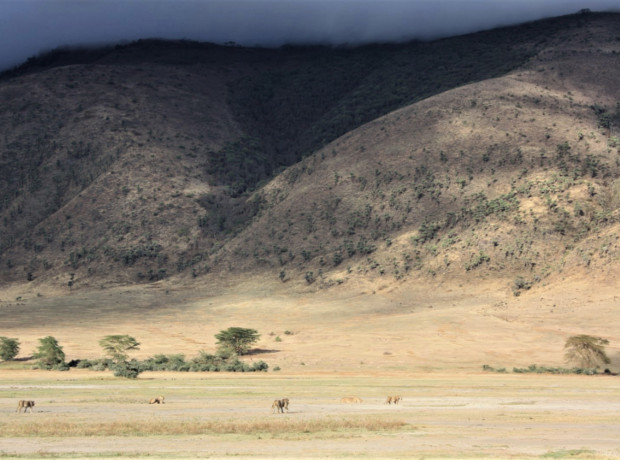 And what you will see is like nothing you have ever seen before: the Ngorongoro Crater lies in the valley like a big pot of gold. It looks like its creator took a big ladle filled with golden-shimmering grass, pouring it into the crater and later garnishing it with sprinkles of lions, wildebeest and buffaloes. 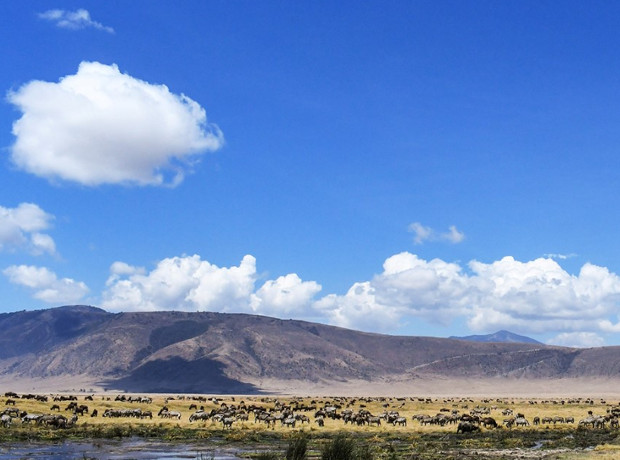 You will be surprised by the large numbers of animals in the herds of ungulates. 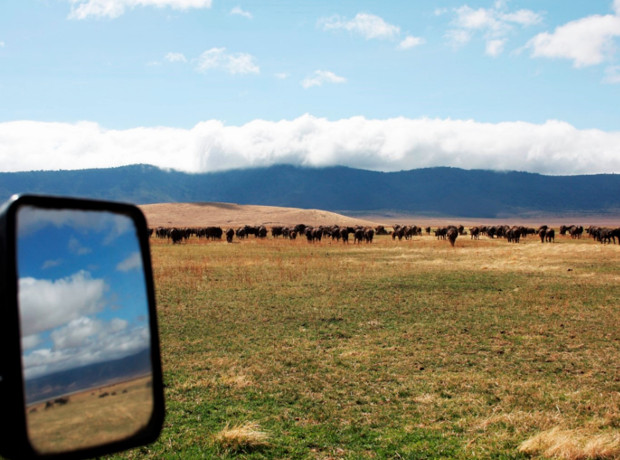 Not one, not two, not three buffaloes, but hundreds trot across the grassland with their young. Wherever you are in the Crater, you will always see the high slopes marking the borders of this unique wildlife haven. 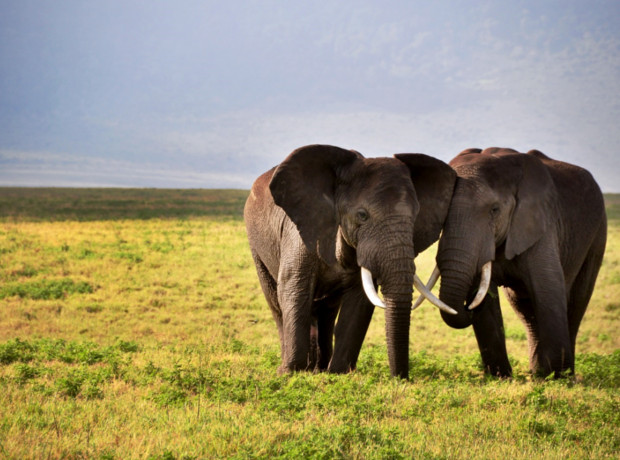 While elephants often remain in the thickets of the Crater’s slopes, you may be in luck and see a gentle giant strolling around the extensive grounds. 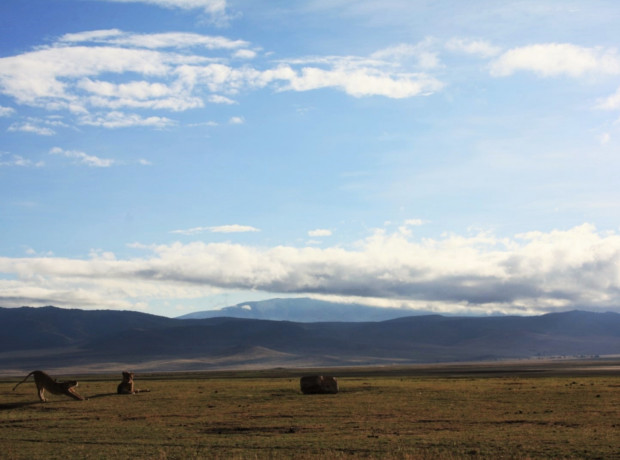 Lions on the other hand behave like the kings and queens of the Crater which they are. Stretching left and stretching right, on silent paws they approach their prey. 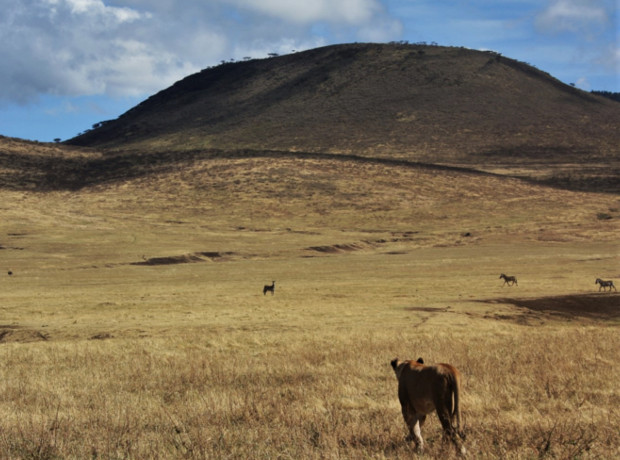 Seeing a kill is rare and your chances are best during the early morning or before dusk, when temperatures are cooler and hunters feisty. 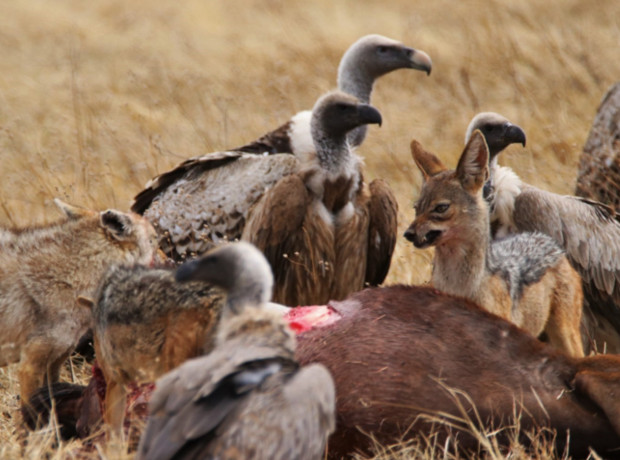 But even if you don’t witness the thrill of a kill you may come across its bloody aftermath which is not as pretty as a picture-perfect lion’s mane, but just as much part of nature.

Jackals scramble over what the lions’ have left behind, while vultures wait their turn. Nature knows no leftovers. Every piece of the dead animal is used, making its death a dignified one. 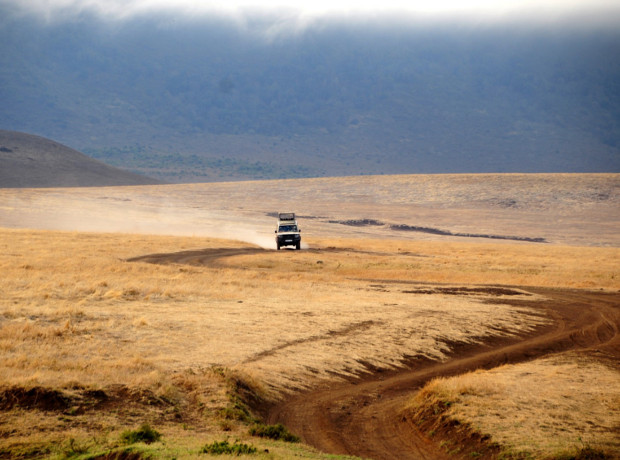 Despite the Ngorongoro Crater being sheltered by high slopes and its borders thus distinctly marked, there are different areas to explore and you can turn left when others turn right, escaping the rest of the world on your quest for nature’s beauty. 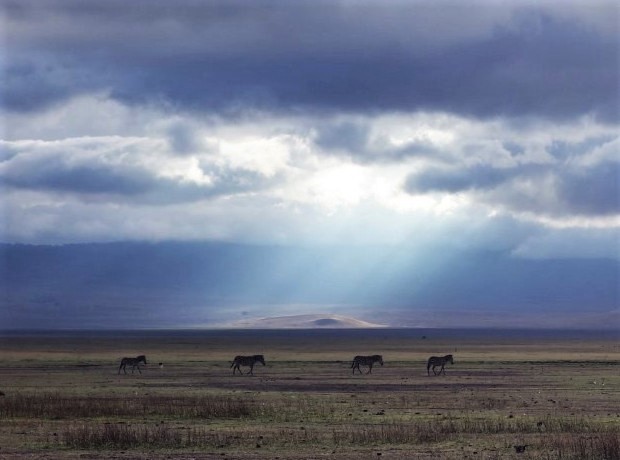 More than 25.000 animals, among them the Big Five, many zebras and buffaloes, live in the Ngorongoro Crater, making it one of the most densely wildlife-populated areas on the continent. 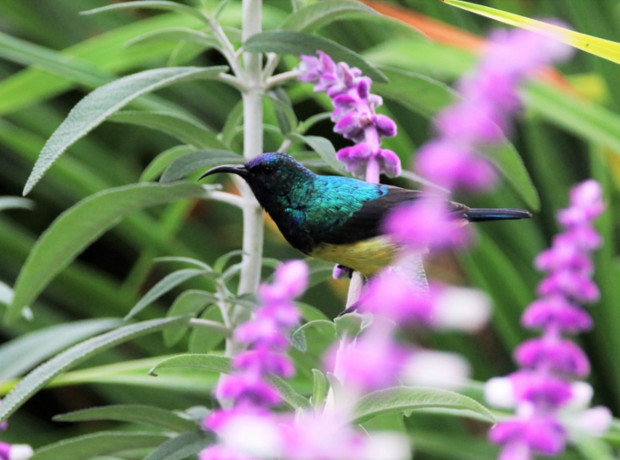 Colourful birds lead their lives in the woods on the slopes and the Lerai forest on the crater floor, not minding the hustle-and-bustle caused by the Big Five across the plains. 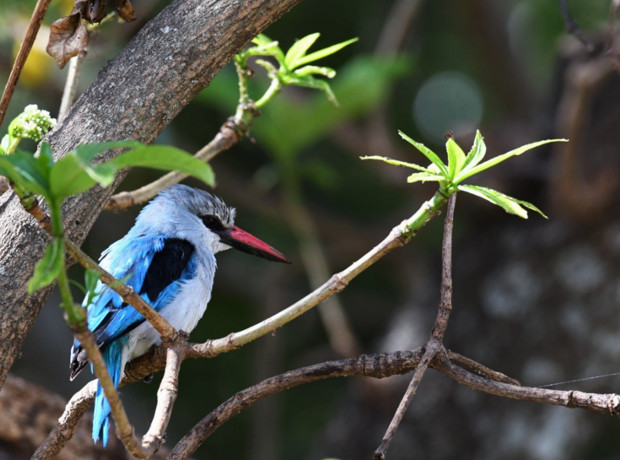 Many first-time safarians look out for the big game, but once you have the calmness and experience to turn your gaze to birds, there is a whole new safari-world awaiting you. 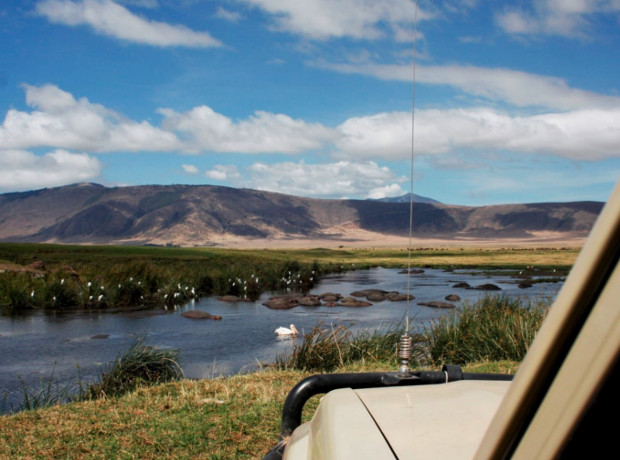 At the Ngorongoro Crater hippo pool, the powerful vegetarians laze in the cool water, protecting their sensitive skin from the harsh Tanzanian sun. 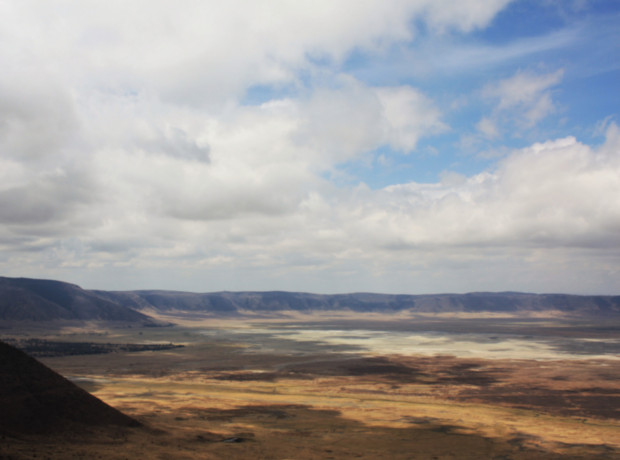 A safari in the Ngorongoro Crater is one of a kind, an opportunity to leave the rest of the world behind and embark on making memories that will last a lifetime.

Get in touch and let’s plan your safari in the Ngorongoro Crater together!