The Wa-arusha tribe and their traditional houses

Recently on a cultural tour on the slopes of Mt. Meru, I got the chance to learn about the Wa-arusha tribe and how they live.
The tribe were of Pare origins who used to live in the Kilimanjaro area. They first arrived in the now Arusha area in the 1830’s where they settled into the Selian area of town. Most of the people at the time there were Maasais. The Wa-arusha tribe took on a lot of the Maasai traditions but they are still very different.

Yes, the Wa-arusha still speak the same language as the Maasai but they agriculturalists whereas the Maasai have remained pastoralists. The Wa-arusha pride themselves on being productive farmers and even though they have been farming the same land for generations, they still manage to keep the land fertile through protection of the soil and conservation of nature.

In the area where we were (some 10km east of Arusha) we saw plenty of traditional houses. Of course many people dream to progress and live in modern houses, but it was still nice to see how some families wanted hold on to their traditions. 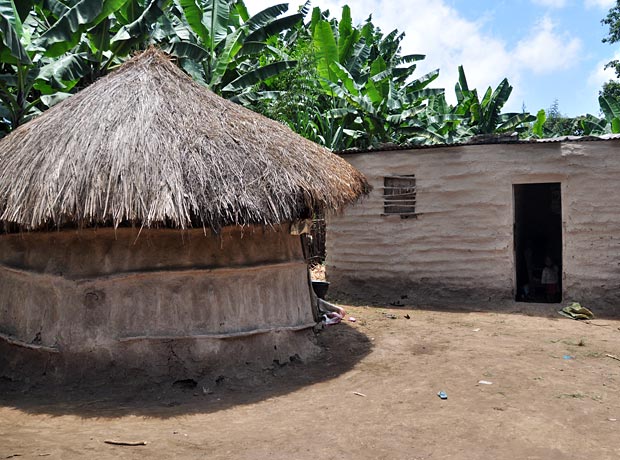 Homes resemble the style of the Maasai. The materials used are similar; mud, cow dung, branches and trees, but the roofs are different – the Wa-arusha use corrugated sheets whereas the Maasai use grass.
The social setup of the houses is also different. The men live in box shaped houses and their wives live in round houses. So it is easy to tell how many wives a man has, counting the number of round huts in a boma. Although jealousy does sometimes occur between wives, they seem to live in harmony with each other. When they prepare food for their husband each wife prepares a different dish which is then eaten at the husband’s house.

The guides told us that in the Wa-arusha culture the children are not allowed to see their mother going into their father’s house to sleep. The man invites a wife he wants every night, but the chosen wife can only go there after all the kids are asleep.
The children are not allowed to live with the father, they stay with their mothers, but boys move out when they reach maturity. Sometimes they build their own house next to that of their father or they move out completely to start their own bomas.

The Wa-arusha almost always have livestock near their houses. Cows, sheep, goats and donkeys are allowed to graze in the gardens during the day but at night the women bring the animals inside to keep them safe.
We got the chance to see the round huts from the inside. The huts are dark so my eyes took a few minutes to adjust to the darkness…
As you enter the first thing that hits you is the strong smoke from the fire as all cooking is done indoors. 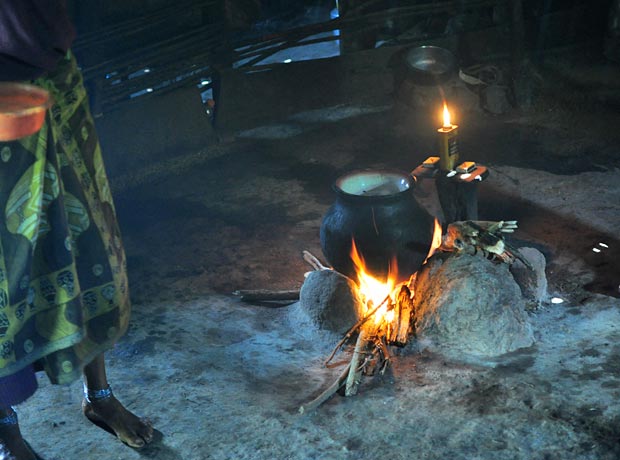 The kitchen is in the middle of the hut and at night this is also where the animals rest. The family sleeps along the sides of the hut.
The guide explained to us that the shelves in the hut are for storing bananas when they needed to be ripened. I could not stay inside for long as the smoke was burning my eyes and I had to get fresh air.
Still, I was impressed with how clean the houses were and also the finishing outside was immaculate. In comparison to the Maasai huts the ones from the Wa-arusha were definitely more spacious and somehow felt more stable.