Home//Travel Tips//When is the best time to travel to Tanzania?
Previous Next

When is the best time to travel to Tanzania?

That really depends on what you want to do and see. The best time to travel to Tanzania for safari is normally during dry season from June to October. The southern and western circuit parks are especially popular during this time, while the northern circuit parks are worth visiting year-round. The Great Migration can typically be witnessed in the Serengeti in the months from July and September. In January and February, you might be able to see newborn animals strolling through the parks and the lurking predators they attract.

Generally, the country’s seasons and wildlife are dictated by the rains. Depending on when you visit Tanzania, you will experience the country differently. Tanzania’s climate is mostly warm during the day, with cool nights. The country’s Indian Ocean coast is hot and humid, on Mount Kilimanjaro and Mount Meru temperatures drop below zero. We compiled a little guide that helps you figure out when the best time to travel to Tanzania is for you by looking at the country’s climate. 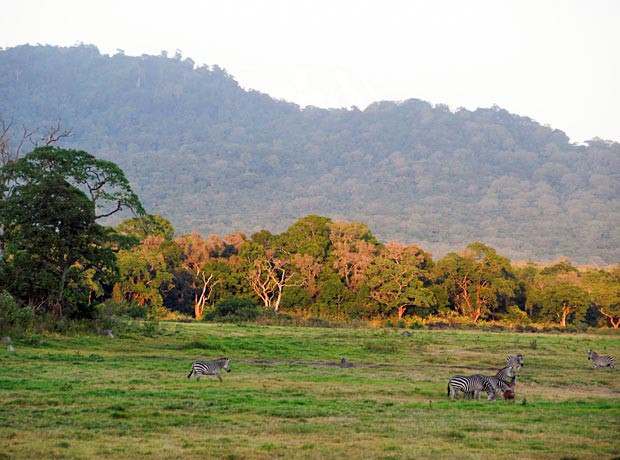 High season for the southern and western circuit parks in Tanzania is from July to October. These parks don’t really get crowded. The northern circuit parks, however, can get a little busy from July up to March. Over Christmas and New Year’s Eve, Tanzania is a popular spot to enjoy some sunny days.

Low season: March to May

From June to October is the dry season in Tanzania, which coincides with high season. During the dry season, animals gather around waterholes and rivers. These assemblies attract predators, making for some exciting game viewing opportunities. The water scarcity also thins out the bush, hence improving the visibility of the animals. August to September is normally the best time to travel to Tanzania to see the migrating wildebeest crossing the Mara River in the northern Serengeti. During this time of year, however, parks can get a little busy and you should expect to share sightings with other vehicles. 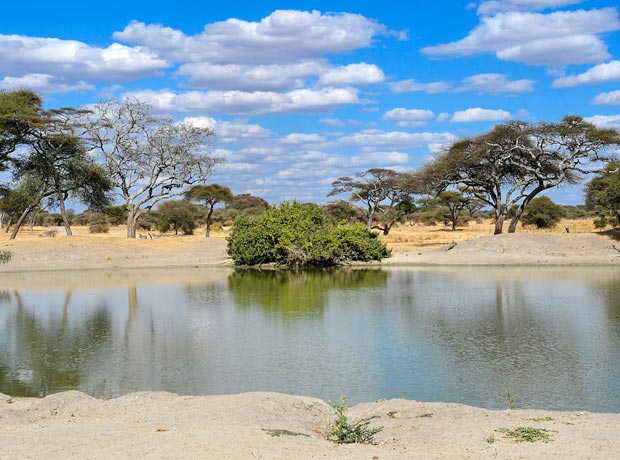 If you’re coming to Tanzania for a tropical beach holiday, the best time to travel to the country’s coast and Zanzibar is between June and March. This is when you can enjoy hot, sunny beach days. In general, the days in Tanzania are often sunny and the skies are clear while the mornings and nights can get chilly.

Wet Season: November to May

The months November and December are characterized by the ‘short rains’, which bring relief for wildlife and the parched ground. The short afternoon showers will rarely get in the way of your safari, and you might be able to get more for your money. In late March, the real ‘green season’ starts with the ‘long rains’ which normally last until May. The rain transforms the country’s parks into beautiful green landscapes. 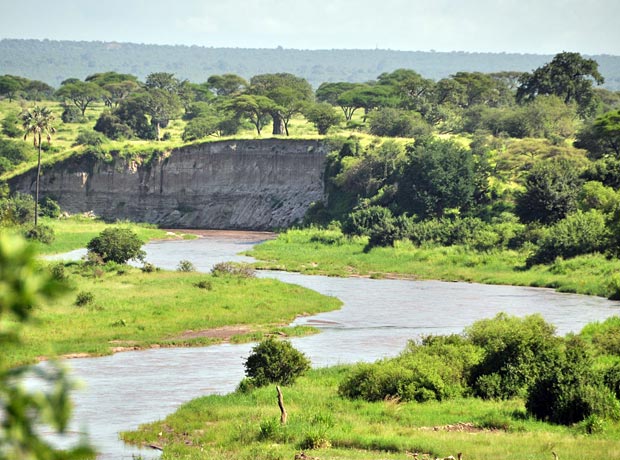 Peak season is over, which means you’ll enjoy lower prices and fewer crowds. Game viewing during this time is still great, even though wildlife is not as easy to spot as in the dry season. You will still be able to see plenty of animals, especially in the northern circuit parks. The wet season is also the best time to travel to Tanzania for bird watching as migratory birds arrive. Please bear in mind that some lodges may be closed from March to May.

The best time to travel to Tanzania? The ‘Shoulder season’

Our favourite time to travel to Tanzania is the ‘shoulder season’: In between the short and long rains, the sun returns in January and February. The first two months of the year are also known as the ‘short dry season’. This time of the year offers all the perks of the dry season but with lesser tourists and lower prices. Additionally, it is calving season in the Southern Serengeti and the easy prey attracts many big cats and other predators, making for some spectacular wildlife viewing opportunities. 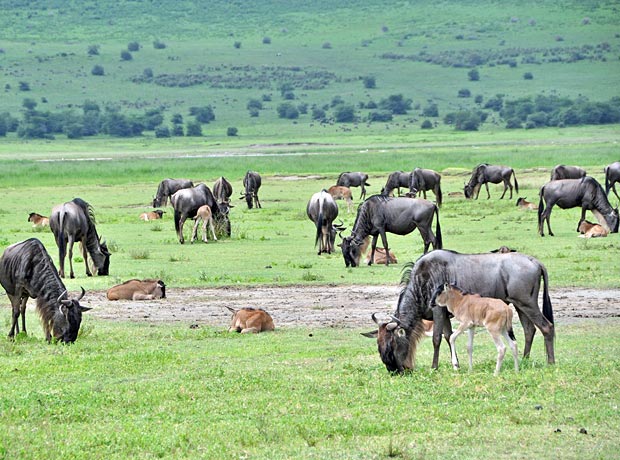 Still unsure when you should travel to Tanzania, especially in these uncertain times? Get in touch with us and plan your trip with one of our experienced agents. We will guide you through all the uncertainties there might be around your next trip. We will help you take a break from the world you know, so you can discover a world you have yet to uncover.