When you think of poaching on the African continent you will most likely think of elephants and rhinos being slaughtered for their tusks and horns to be illegally traded for vast sums of money. Poaching is one of the biggest concerns among the conservation community aiming to ensure the survival of endangered species such as the rhino.

But there is yet another kind of poaching, targeting the lesser threatened but equally important species: bushmeat poaching using wire snares.

What it means, why it’s so dangerous and what the Frankfurt Zoological Society is doing about it – we’ll tell you. And we tell you why we at Tanzania-Experience support their efforts.

What is bushmeat poaching

Bushmeat poaching is the illegal and unsustainable hunt of wild animals for trade and meat consumption. Poachers hunt animals in protected areas to then sell their meat on the local market. This not only threatens species, but can also contribute to the spread of diseases in humans.

The Serengeti has long been a preferred territory for poachers, especially in the remote areas less frequented by tourists. Their methods are cunning, clever – and lethal. Using wire snares, poachers can deploy a large number of traps, patiently waiting for unsuspecting wildlife to come their way. They target wildebeest, zebras and eland for their meat, but other animals such as elephants – too big to be fatally injured by the snares – and even lions and hyenas entangle in the snares and get injured. 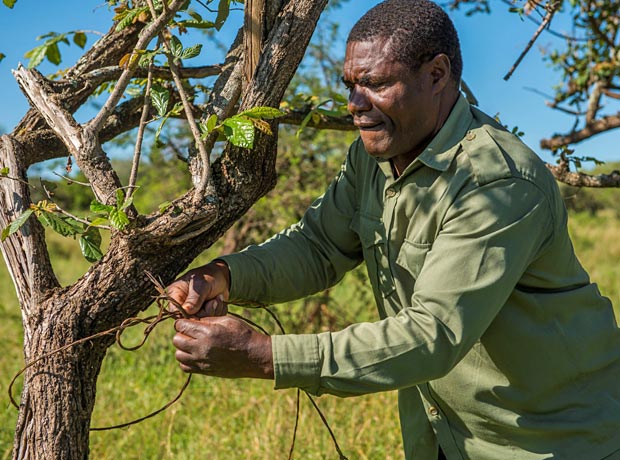 Errecting thorn fences, the poachers distrupt the animals’ paths, leading them right into the snares. The snares are made of wire and strategically positioned to catch animals according to their body height, such as small dik dik antelopes or tall giraffes. Once caught in a snare there is rarely an escape to safety.

The Frankfurt Zoological Society and TANAPA (Tanzania National Parks) in cooperation with SENAPA (Serengeti National Park) and local tour operators have embarked on the fight against illegal snares in the Serengeti. Since early 2017 a de-snaring team of eight men combs the Serengeti in search of snares and bushmeat kitchens – the operational headquarters of poachers. The team consists of SENAPA rangers and former employees as well as four ex-poachers. 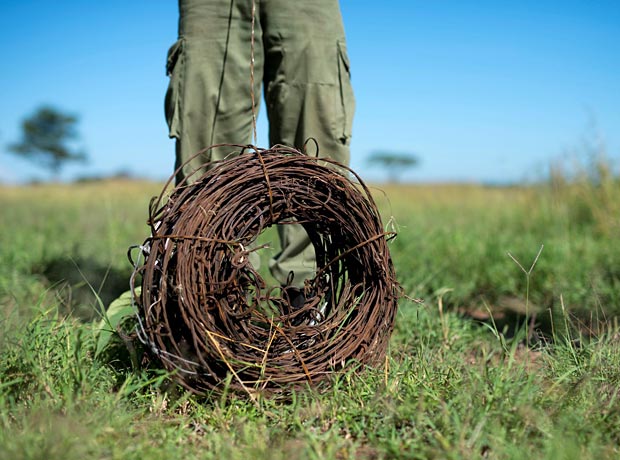 Having former poachers on the team has two advantages: their knowledge is invaluable. They understand how the poachers think and operate, their strategies and tactics. Providing former poachers with a job opportunity also serves as an example for the local communities: poaching is not the only form of income you can derive from wildlife. You can actually make a living protecting wildlife. This way, former poachers become custodians of wildilfe and role models in their communities.

Their results are more than encouraging and at the same time reveal the magnitute of the problem.

In only one year:

As tour operator based in Tanzania’s Northern Circuit, we believe in nature as the world’s most precious treasure. Because it’s at the core of everything.

Illegal snares kill a large number of wild animals, while injuring and mutilating even more as terrestrial by-catch. While this kind of poaching does not attract as much media attention as other forms of poaching, it will have devastating consequences in the long-run just the same. It is our responsibility to help protect the fragile ecosystems we work and live in. 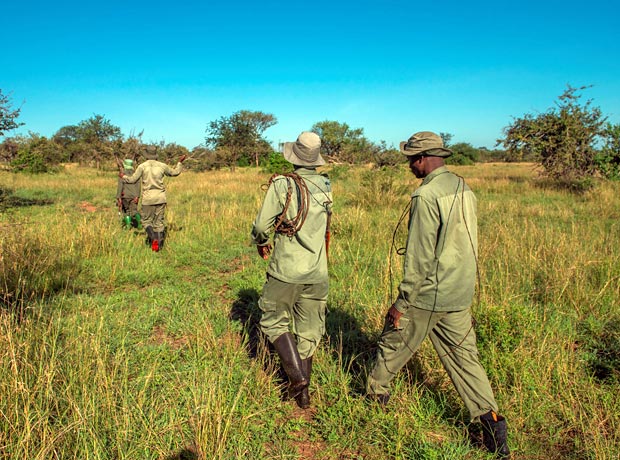 At the same time, we believe in a region’s economic and social development through tourism. Because tourism done right has the power to transform communities.

While keeping the Serengeti ecosystem intact is necessary in its very own right, tourism is a major contributor to add monetary value to the conservation of these protected areas for local government and communities. 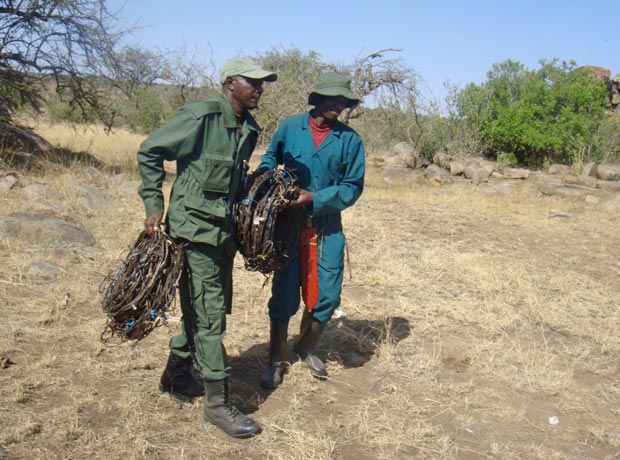 For the poachers, bushmeat poaching can often be an entry point to rhino or elephant poaching. The risks are the same, the reward is even higher. Offering poachers an alternative way to make a living and thus promoting the value of wildlife in the local communities will change perceptions and get more people in the communities onboard to support conservation efforts.

We’re proud to be part of this great initiative, supporting the Frankfurt Zoological Society and their team in protecting Tanzania’s wildlife.