While on safari in Tanzania you will not only see animals, but also trees. Tanzania has hundreds of tree species but today I am highlighting one in particular, the acacia family. East Africa has around 62 species of which six are endemic to Tanzania.  Acacias can grow as trees and shrubs, but the most classic acacia trees seen on safari include the umbrella tree, whistling thorn, wait-a-bit acacia and the yellow fever tree. 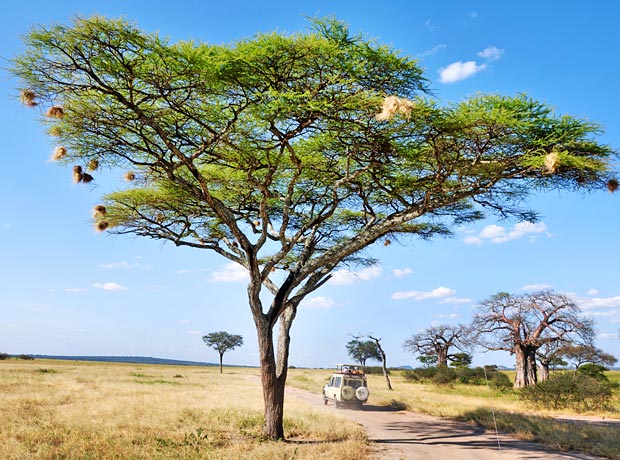 The Serengeti National Park is a protected area that covers thousands of square kilometers and it is the habitat of several species of acacia trees. These trees are quite formidable and adapt well to their surroundings. Each species has special characteristics, but most of them have one thing in common; their defense mechanism – thorns. 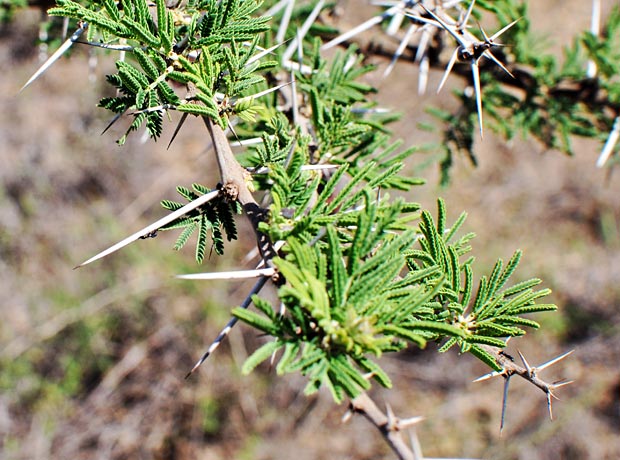 Acacias are often referred to as thorn trees. Some have long straight thorns while others have hook-shaped ones. The main reason is that it acts as a deterrent against browsers. Scientists have said that despite the thorns, some herbivores still feed on the trees. Not preventing feeding, but indeed limiting over-grazing.  One interesting fact is that when browsed on by, for example giraffes, some acacia trees release a toxin known as tannin. This makes the leaves inedible and causes the animal to seek ‘greener pastures’. The toxin can be quite dangerous to the animals if ingested and can be lethal.

A zoologist from South Africa, Wouter Van Hoven found that acacia trees also have another chemical defense system, whereby they release a chemical called ethylene.  This chemical can travel up to 45m, ‘warning’ other acacias in the vicinity.  Within 15 minutes all the neighbouring trees increase the tannin levels in their leaves, making the area pretty unappetizing to tree-browsing animals.

In order to ensure enough food, giraffes tend to eat downwind from trees, in the hope that the trees do not alarm each other. They also usually browse only for a short time before moving on to the next tree. 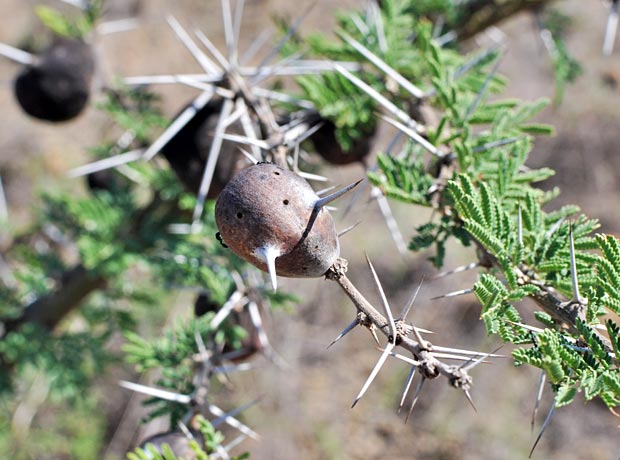 Another incredible defense mechanism is that acacia trees have ‘body guards’ in the form of biting ants. The whistling thorn is a good example of this; at the base of the thorns is a hollow bulb. These bulbs provide shelter for the ants and the tree provides plenty to eat in the form of nectar and sap. The ants return the favour by attacking any herbivore that tries to eat the leaves.

Next time you see an acacia tree don’t just think of it as a tree but rather a tree that is actually quite clever.