In light of the global pandemic, tourism across Africa has come to a standstill. Regrettably, the fact that there are fewer travellers on the continent has tremendous implications not only for the tourism industry, but also for local communities and nature conservation.

In this blog, we show you how it is all connected, why we have been an ongoing supporter of the Serengeti De-Snaring Project and how you can still make a difference. 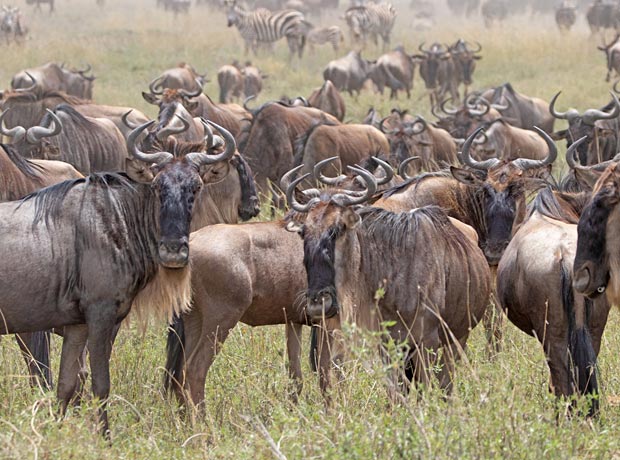 How does Covid-19 affect nature conservation in Tanzania?

The Covid-19 outbreak has decimated the tourism industry, leaving national parks not only in Tanzania empty. Less game viewing vehicles in the parks might at first sound great, giving nature time and space ‘to breathe’. But empty parks mean more opportunities for poachers to go about their business. Moreover, the lack of tourism leads to reduced operations budgets for anti-poaching units. Additionally, many people have lost their source of income from the tourism industry which creates vulnerabilities in the communities. Often those who work support large extended families. With no money to provide for their dependents, locals might turn to the bush to feed their families.

When you hear ‘poaching’, you probably think of rhinos and elephants getting slaughtered for their horns and tusks, which are then traded illegally for enormous sums of money. This kind of poaching is a real threat and has contributed to the fact that today three of the five rhino species found worldwide are Critically Endangered, meaning they face a high chance of extinction. There is, however, another kind of poaching that is not as well-known but just as devastating: Focusing on lesser threatened but equally important species, bushmeat poachers target wildebeest, zebras, giraffes, and eland for the trade and consumption of their meat. 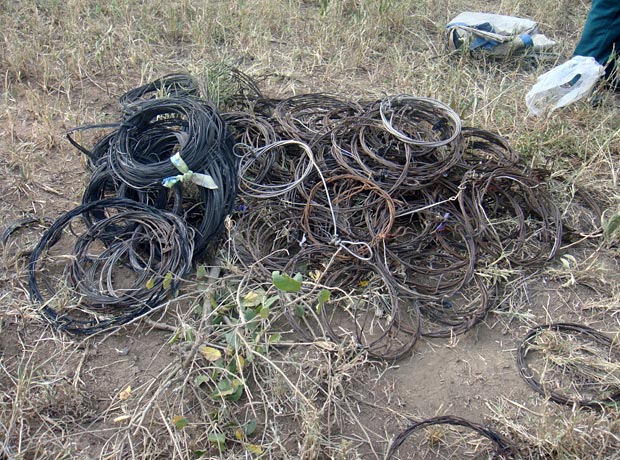 Bushmeat poachers illegally hunt animals in protected areas to then sell their meat on the local market. The Serengeti has long been a hotspot for bushmeat poachers, especially in the more remote areas less frequented by travellers. The poachers use wire snares they set up in the bush in order to trap animals. The snares are positioned strategically to catch animals according to their body height, but the traps don’t discriminate: What was meant for a small antelope may snare a lion, leopard or even an elephant.

Why is bushmeat-poaching so harmful?

Every year, the Serengeti National Park and its surrounding areas lose several thousand animals to bushmeat-poaching. While this kind of poaching does not attract as much media attention, it is just as harmful as any other form of poaching and has tremendous effects on the Serengeti’s fragile ecosystem. We believe that it is our responsibility to protect these ecosystems. For us, nature is the world’s most precious treasure, because it’s at the core of everything.

But poaching is not only harmful to animals: A recent study on microbial communities showed that bushmeat found in the Serengeti Ecosystem contained dangerous pathogens. This poses a potential threat to the bushmeat consuming population in Tanzania and shows how eating bushmeat can possibly contribute to the spread of diseases in humans.

What can I do to support nature conservation in Tanzania during Covid-19?

As a traveller visiting Tanzania’s national parks, you contribute to wildlife conservation in these areas. But you can still make a difference, even if you can’t travel to Tanzania at the moment: Tanzania-Experience has been an ongoing supporter of the Serengeti De-Snaring Project, a joint conservation initiative by the Frankfurt Zoological Society, Serengeti National Park (SENAPA), Tanzania National Parks (TANAPA) and other local tour operators. The project employs teams of ex-poachers who patrol the park, removing snares and freeing trapped animals. Since the project’s inception in 2017, the teams have removed nearly 41,000 snares and saved hundreds of animals’ lives. 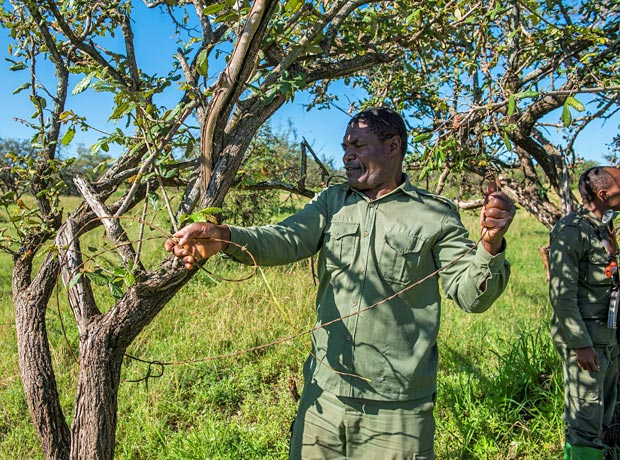 Now more than ever, nature conservation in Tanzania needs our support: The number of snares found more than doubled in March and April when compared to January and February 2020, from 212 to 556 snares. In an effort to raise funds for the De-Snaring Programme to increase the teams in the field, the FZS initiated the ‘Serengeti Mission Possible’ in collaboration with other tour operators: This fundraising campaign provides employment and ensures there are anti-poaching units on the ground as a response to the risk of increased poaching in the empty parks. The more money we can raise, the more boots on the ground to protect the Serengeti’s wildlife.

Join us in making a difference, let’s protect Tanzania’s nature together!