We have been a supporter of the Serengeti De-Snaring Project since the early days and are happy to share yet another successful update in support of wildlife conservation in Tanzania.

The De-Snaring Project is a joint conservation initiative by the Frankfurt Zoological Society, Serengeti National Park (SENAPA), Tanzania National Parks (TANAPA) and local tour operators such as us, Tanzania-Experience.

The de-snaring teams in groups of eight scour the plains of the Serengeti ecosystem for wire snares. These traps are set up by bush meat poachers, targeting zebras, wildebeest, and other antelopes. Their meat is then illegally sold as bush meat mostly for local consumption. 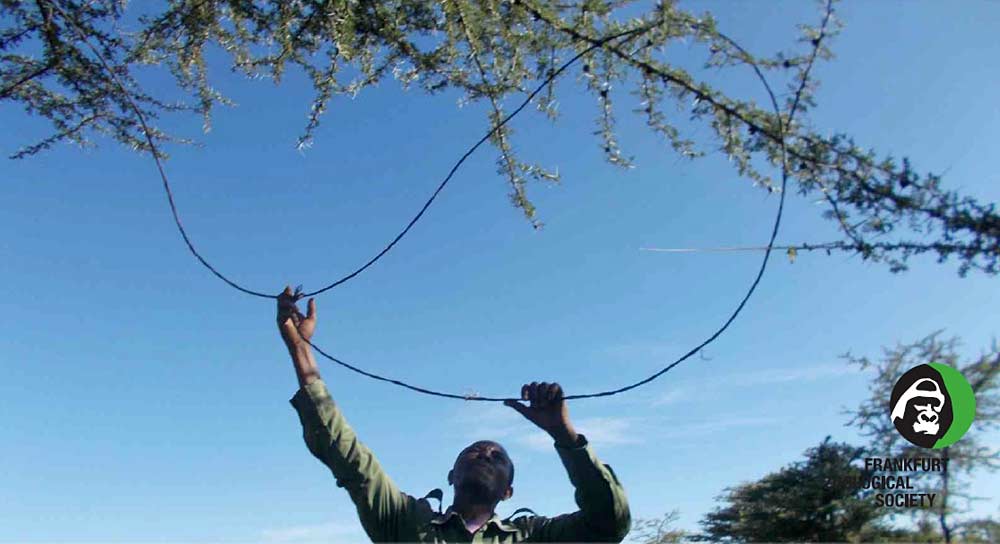 While the traps are targeting antelopes and zebras, other species such as elephants, hyenas or lions also get trapped and seriously injured by the wire snares.

2019 has been a successful year for the De-Snaring Project while at the same time highlighting that their work in wildlife conservation in Tanzania is crucial more than ever.

The two existing teams implemented in 2017 and 2018 were in August 2019 joined by a third auxiliary team. This makes 24 pairs of eyes on the ground as part of the De-Snaring Project, looking for, locating and destroying wire snares and illegal bush meat camps. 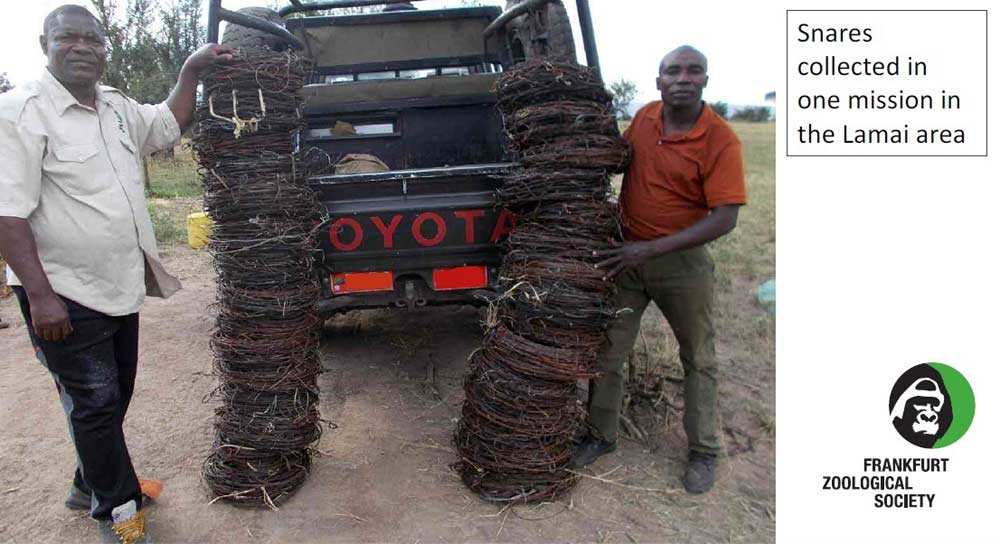 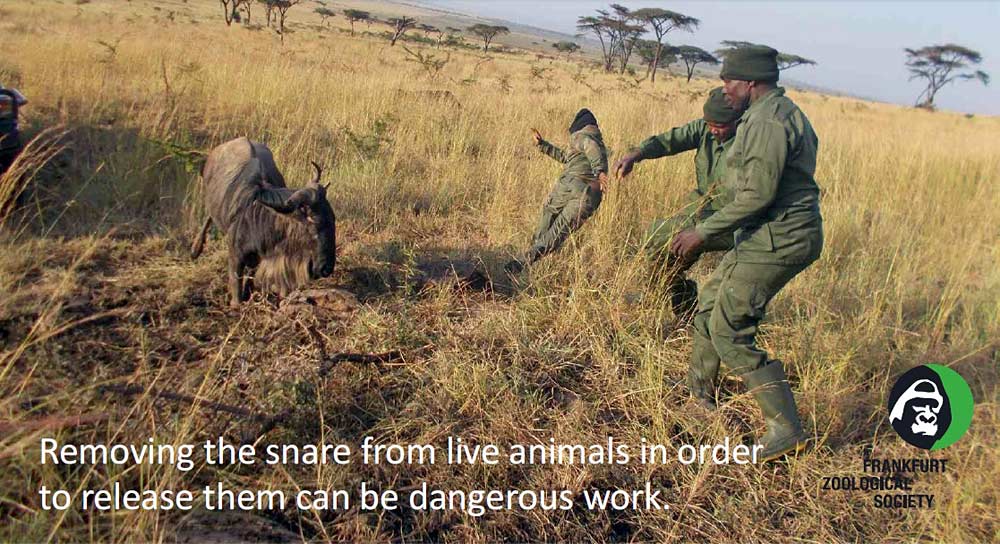 The teams have found that motorbikes are increasingly used to transport the fresh meat from accessible areas to the local markets. A trend the officials will monitor closely.

The work of the De-Snaring teams in numbers:

Since the commencement of the project in 2017, more than 36,000 snares have been removed and destroyed. More than 500 trapped animals were rescued alive, but more than 900 were found dead. 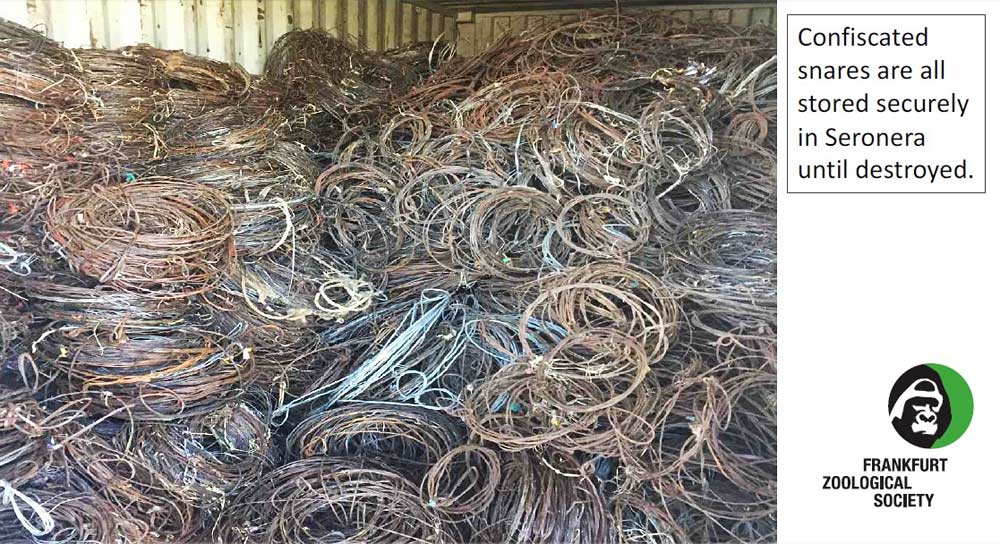 As tourist visiting Tanzania’s national parks, you contribute to wildlife conservation in these areas. A national park generating income for many local people and directly contributing to the economic growth of a country is considered worth protecting. Practiced in a responsible and sustainable manner, wildlife safaris can contribute significantly to the conservation of pristine wilderness areas in Tanzania.

We are very grateful for the tireless work of the Serengeti De-Snaring teams in contributing to wildlife conservation in Tanzania.