Home//Animals & Plants//How do animals sleep: using clever strategies to get through the night
Previous Next

How do animals sleep: using clever strategies to get through the night

Closing your eyes in the wild and lying spread-eagle worry-free, might get you into deadly trouble quite quickly. That’s why wild animals developed clever strategies to find the sleep they need.

As a rule of thumb: the higher up in the food chain an animal finds itself, the deeper the sleep it will find.

However, there are exceptions. Or have you seen a sleeping elephant while out and about on safari? We’ll tell you why not!

Elephants: no time to rest the heavy legs

Elephants eat around 150 kilogramms of green feed every day. If you eat that much, you simply don’t have time to sleep. Researchers have long known that elephants live on little sleep – only four to six hours a day, they estimated. However, their findings on elephants’ sleep patterns were mainly based on captive animals living in zoos. They recently found that elephants living in the wild sleep even less: two hours a day is enough sleep for the two elephants in Botswana that were part of their study. This makes elephants not only one of the largest mammals on earth, but also one with extremely little need for sleep. 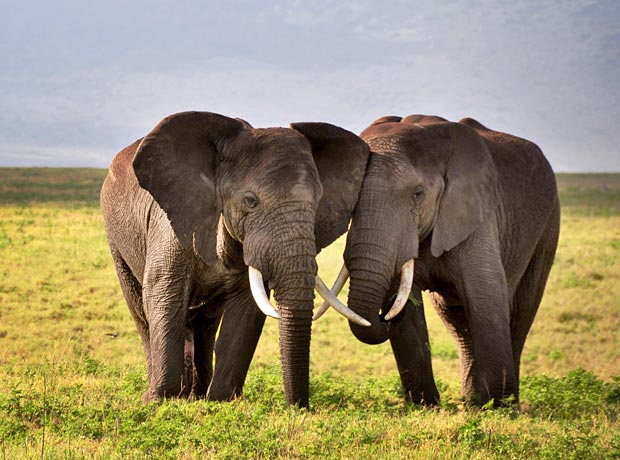 Giraffes: if you lie down, you lose

Their long neck, their long legs – giraffes manage to pull off looking rather awkward while at the same time elegantly striding across the savanna. But how to fold-up those long limbs, to find much needed rest and sleep? Don’t do it at all, if possible! Getting up on those long legs if a predator attacks would take way too long. To avoid getting into any unnecessary trouble, giraffes in the wild mostly sleep standing up and only a few minutes at a time, accumulating to a few hours a day. Their long neck and head rests where it makes most sense to them: on their behind. More often that that, however, they fall into a light sleep, snoozing with their head held high and sometimes even an eye open.

Flamingoes: the Yogis of the animal kingdom

If you manage to stand on one leg for a longer period of time, you will probably lose your balance once you close your eyes. Sleeping while standing on one leg? That might turn out to be quite a challenge. Not for flamingoes! They do exactly that. 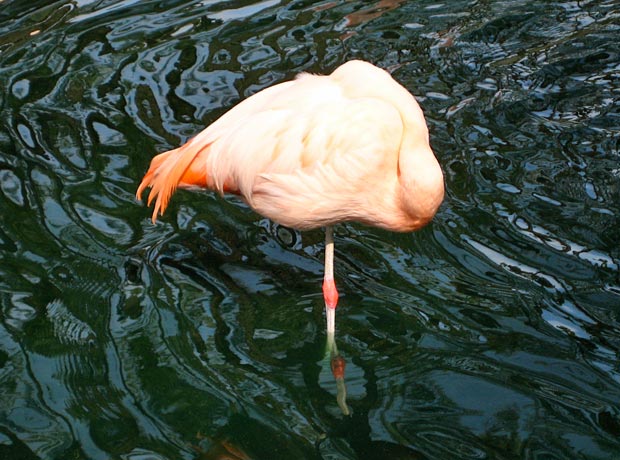 Whether they’re awake or asleep, flamingoes mostly balance on one leg, standing in the water. Their second leg rests, hooked into a special joing, under their cosy feathering. The longer you stand in cold water, the more body heat you lose. Keeping one leg out of the cold, slows down the process. What looks anything but comfortable to most of us, is the flamingo’s preferred sleeping position.

By the way, male lions snooze between 18 and 20 hours a day. If they have just eaten, they might sleep even longer than that – eyes closed and not a care in the world, making the king of the savanna the king of catnaps. 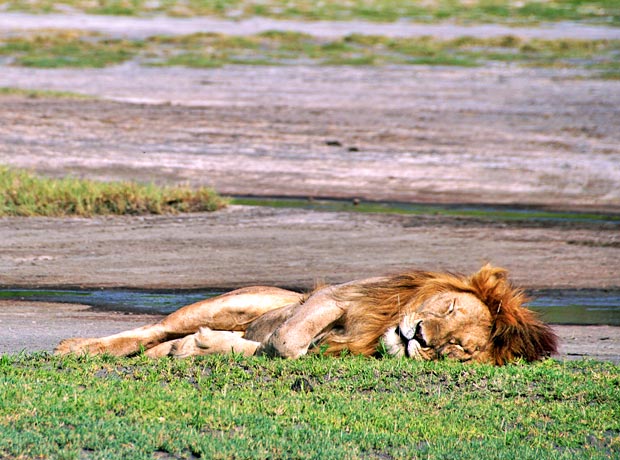 It will be even more fascinating to watch elephant, giraffe, flamingo and co while they are up and awake, out and about. Luckily, this is more often the case than you might have thought. Join us on one of our safaris, and we’ll show you. This way!