Home//Tanzania through the eyes of our guides//Our Safari Guide Tumaini: looking for warthogs in the Ngorongoro Crater
Previous Next

Our Safari Guide Tumaini: looking for warthogs in the Ngorongoro Crater

Tumaini joined our team as safari guide in 2013. Since then he has taken travellers from around the world to the plains of the Serengeti and the baobabs of Tarangire, making their dreams of safari adventures in Tanzania come true.

Why did you choose to become a safari guide?

I grew up close to the Ngorongoro Conservation Area. Together with my family, we would go on camping safaris down to the Ngorongoro Crater on weekends. Sleeping in the small tent, listening to the sounds of the bush at night, being so close to nature – that was, and still is today, very special to me.

My brother is also a safari guide, and when I was about 15 or 16 years old, I decided that I would follow in his footsteps. So I studied at Mweka, the well-known College for African Wildlife Management in Moshi, and have been guiding since 2011.

What do you think makes you a good guide?

To be a good guide, first and foremost you need to have good knowledge of wildlife and nature. That’s a non-negotiable, it’s your bread and butter. If it happens that I don’t know the answer to a question or can’t explain an animal’s behaviour on the spot, I make a point to do some research in the evening and deliver my answer the next morning.

But there is more to being a good guide. You have to know about the country’s culture, history, way of life and political system. This way, you can give your guests, who may not know much about Tanzania, an understanding of what our country is all about.

Besides having a good sense of humour – after all we’re not in school, we’re on safari – you should also be creative. Don’t just tell the same stories over and over again. There’s no one-size-fits-all; you have to get to know your guests first and see what kind of travellers they are. 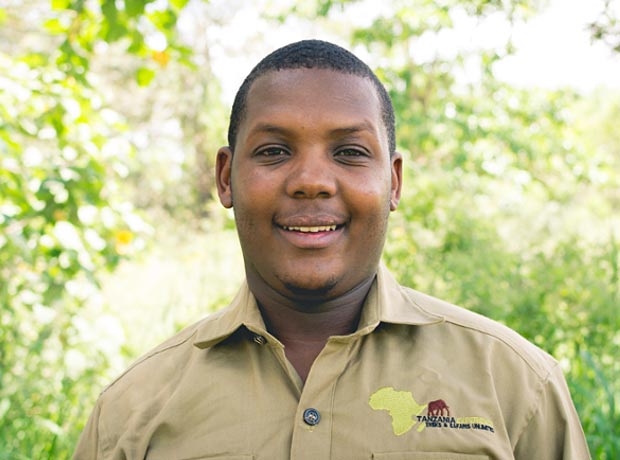 What was your most memorable experience while on safari?

I remember one experience very specifically: it was three years ago in the Serengeti; I was on safari with a private group. It was still early in the morning when we spotted a pride of about 30 to 35 lions. A hippo was grazing close to the river. Hippos are big and really strong, mind you!

But the lions attacked it. It took them almost 45 minutes to kill it. The great thing about witnessing this scene was observing the lions’ team play. They coordinated, communicated and cooperated so well that they were able to take the hippo down. That was fascinating!

Your favourite animal is the warthog. Why is that?

Warthogs are just too funny. Did you know they have short-term memory loss? When they are attacked by a predator, they run fast for about twenty metres, but then – they forget they are being chased. Just imagine! This makes them easy prey for predators.

If you want to go on safari through Tanzania’s national parks with Tumaini or another of our safari guides, get in touch today!