The hidden valley of thirsty zebras

In February I was in the Serengeti on safari. We had experience many priceless sightings, but the one that stood out for me was the mega-herd of zebras, which we saw at the hidden valley located in the south of the park.

We must have been driving for a few hours on what seemed to be an endless plain. To our right we saw nothing, the same on the left. I realised that my clients were getting restless. I told them that’s how the bush can be, the animals are free to roam and that none of them are tied to trees… 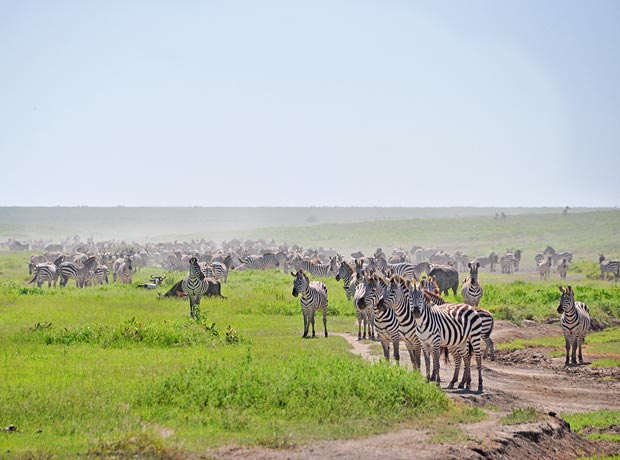 As the drive continued saw dust rising in the distance. Curious as to see what was causing this we went to investigate. Getting closer we realised what it was a herd of zebras. Not just a few, more like thousands of them. As the thronging mass moved, I did not know where to look, there were zebras everywhere and the noise they made was deafening! One thing was obvious; all of them seemed to be heading in a westerly direction and we soon saw the reason for this. Not far away a lioness had made a fresh zebra kill. The interesting thing was that we could not see a single vulture in the sky. Usually, most predators try to move their prey into cover, yet this lioness didn’t seem to care. I guess that the kill was too fresh still or that the vultures were feeding somewhere else.

The zebras were in the hidden valley which looks a bit like a dry river bed but it leads further into a network of small rivers and lakes. So the real fun began when we reached one of the larger lakes. As the hot African sun blazed down upon the herd, we could sense the urgency to quench their thirsts. 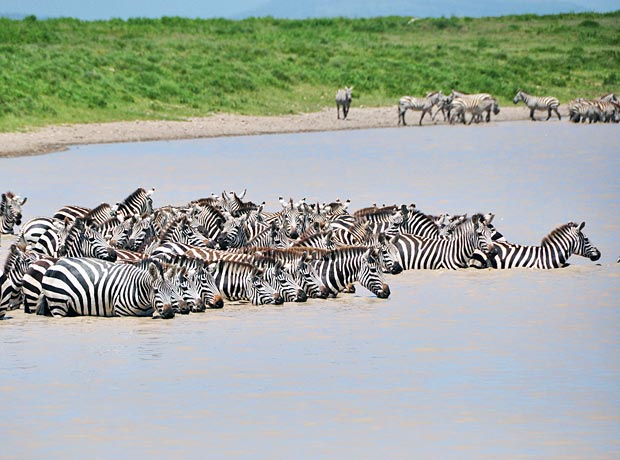 I could not control my laughter as we watched the zebras drinking. Instead of lining up along the water’s edge to drink, the animals just casually walked almost half-way into the lake before they began to drink. (I guess they do this also to cool their bodies.) 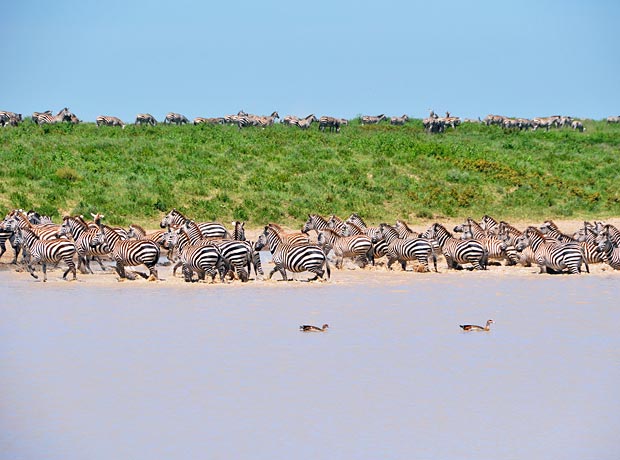 As with most animals when they are near water, paranoia increases and every now and then one zebra’s tail would touch another and the whole herd would explode in panic and retreat. This went on and on but did not stop them from returning to drink. We spent almost an hour watching the antics and my clients were amazed to see so many animals…

I could have sat there the whole day and just watched how they interacted with one another, but it also made me realise what these creatures endure and how they survive in such a harsh place.