Home//Stories//Kopjes – islands amongst the grass plains
Previous Next

Kopjes – islands amongst the grass plains

If you have watched the “Lion King”, you have seen Pride Rock. A huge kopje that sticks out majestically from the surrounding flat grassland. If you want to see these spectacular kopjes not only on TV, then the Serengeti National Park is your best bet. These kopjes, also known as inselbergs (island mountains), add to the already dramatic back drop of the Serengeti landscape. 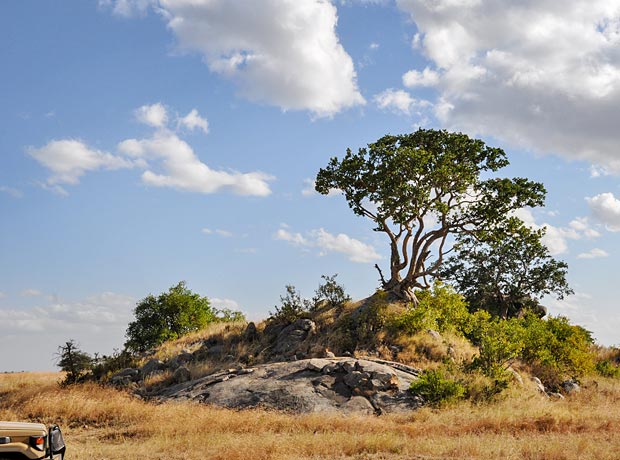 So, what are kopjes? Basically, they are a stack of ancient rocks that jut out of the more recent soil. The soils of the Serengeti consist of volcanic rock and ash. Below it you’ll find an even older layer of metamorphic rock. Researchers say that in the late Precambrian era a lot of magma leaked out of the earth’s crust where it settled and cooled to form giant granite and gneiss layers. As time went on – we are talking millions of years – the softer and surface rocks eroded and the granite formations were revealed to produce what we see as kopjes today. 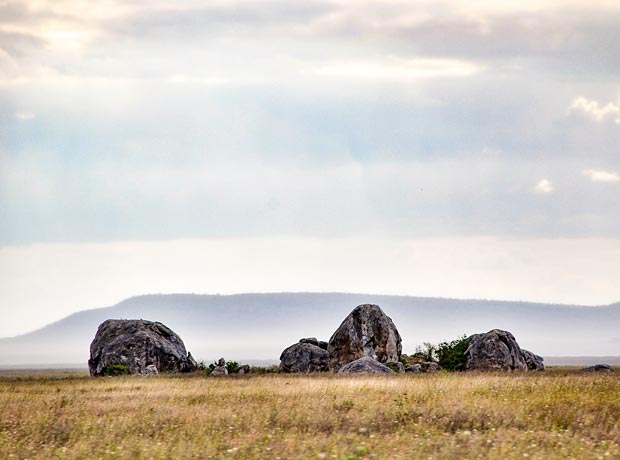 The more of the surrounding softer rocks eroded, the higher the kopjes got. Today some of the oldest kopjes in the Serengeti are up to 550 million years old! Even though the granite formations are made up of extremely hard rocks they, too, suffer from the harsh weather conditions in Africa. The shifts in temperature from extreme heat during the day and quite chilly nights cause cracks on the kopjes.

Kopjes can range from the size of a car to that of a house!

These kopjes also play a very important role for the ecosystem. They are habitat for different kinds of flora and fauna which can only be found in and around the formations.

Some of the most notable animals depending on the kopjes are rock hyraxes and the elusive klipspringer antelope. Apart from mammals, kopjes are a great place for reptiles and insects. Snakes and agamas thrive here thanks to the ample hiding spaces as well as an abundance of food.

Trees like the rock fig grow out of the cracks of the rocks and provide further shade and a hiding space for several animals including leopards.

Lions regularly use the kopjes as vantage points, a place to bask in the sun as well as a place to hide their cubs. I have also seeing cheetahs using kopjes to assist them in scouting the area for a potential meal. 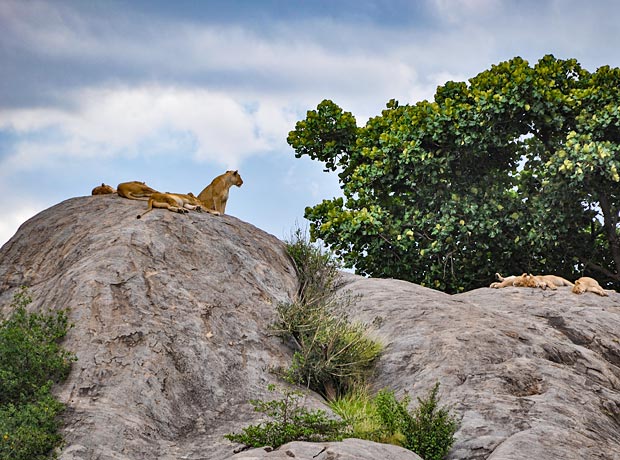 In the Serengeti, all of the kopjes have names and these kopjes have not only hosted wild animals, but also ancient tribes. Hunter gatherer tribes, bushmen and the Maasai have all traversed through these kopjes. They were used as a place to find shelter, to perform rituals and tell stories.

Recently, I was on a camping safari in the Serengeti where we camped at Lobo campsite. The campsite is tucked below a huge kopje that towers behind your tent. It was a thrilling experience to be so close to the rock formations and as night fell, things got even more exciting. The spine-chilling calls of the rock hyraxes echoed through the kopjes which left us all quite a bit unsettled. Now and then, the distant roaring of lions and laughter of hyenas made me feel like a hunter gatherer in the stone age.