Looking out over the endless plains, a few flat top acacias dotted here and there, all around you and as far as you can see, just animals and an orchestra of bellows and barks setting the tone. Take a step and suddenly you feel the ground vibrating with over 2 million animals on the move…This is the Great Migration. 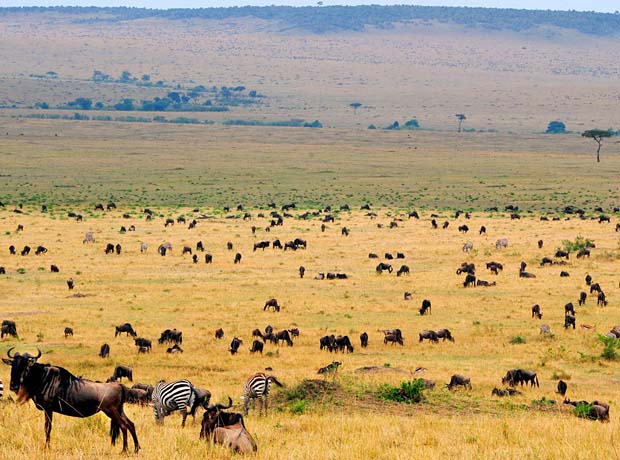 In the 1950’s Professor Bernhard Grzimek and his son Michael from Frankfurt, Germany started the massive project of counting the animals taking part in the annual migration. The reason they started the count is to determine how many animals take part and learn about their behaviour and movement. By 1958 they had counted just under 100 000 wildebeests. Since then the numbers have increased to around 1.5 million white-bearded wildebeests, 500 000 to 600 000 zebras and hundreds of thousands of other plains game like Thomson’s and Grant’s gazelles.

This annual migration has been taking place in and around the Serengeti in northern Tanzania as long as the history of mankind and many questions are still left unanswered. Like how do the migrating animals know where to go? Do they follow the lightning? Can they smell rain? The migrating animals follow the rainfall and the benefits that come from it: food and water. It is claimed that wildebeests can detect rain from as far as 50km away! 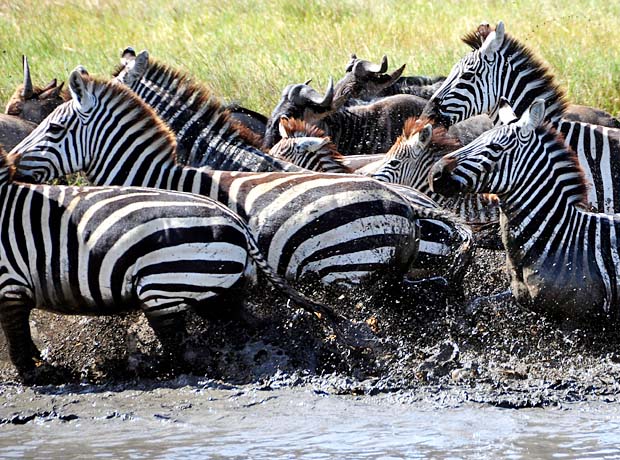 The animals’ migrating pattern has been the same for many many years. During the rainy seasons from December to June, the wildebeests prefer to stay in the southern part of Serengeti where the grass grows on the mineral-rich volcanic soil. This is also when calving season starts and up to 8 000 calves are born every day! For predators this is a buffet and as much as they try they hardly make a dent in the population. 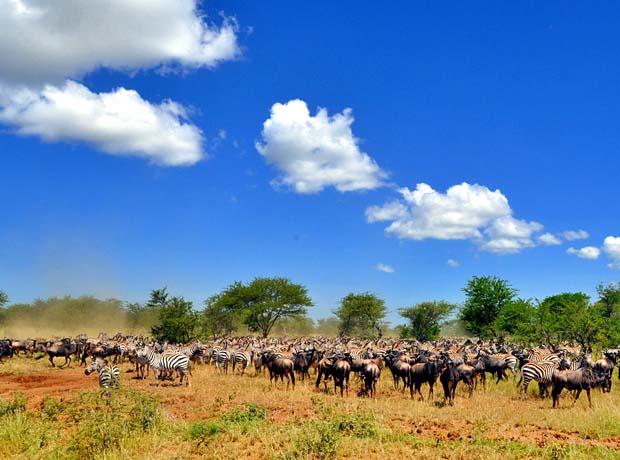 When the rains end in June and the Serengeti plains dry out, the herds are forced to move to find fresh grass. They head west towards Lake Victoria, the second largest lake in the world. Here they hope to find water and greener pastures. Around the beginning of August the migration heads to the north of Serengeti to the Kogatende area and eventually on this stretch of the migration they must overcome their most dangerous obstacle the Mara River. The herds stay in the Maasai Mara in Kenya up to October or November. Finally around late December the migration heads back down to the south of Serengeti via the Loliondo game-controlled area just in time for the long rainy season and here the roughly 800 km cycle is completed.

Times are changing: the migration seems to be modifying its course. Also the time spent in certain areas is becoming longer or shorter. In May 2013 the migration was well on its way northwards in the western corridor of Serengeti, however they were moving very fast and did not stay there very long. The reason for this could be too little rain or the grass was too high. Being regularly on safari I was able to keep an eye on their movements. Surprisingly, the migration headed north and into the Masai Mara by end of June beginning of July. There they stayed for a while. In the Masai Mara in September 2013 we saw large numbers of wildebeest’s and zebras constantly on the move. Upon arrival into the Serengeti just three days later, we were surprised to find yet more wildebeests in the Ikoma area, the tail end of the big herd was stretching as far back as the Lobo area in the north. This brings questions to my mind; is it possible that the population of the migrating wildebeest has increased? If someone was to ask me how many animals, I would say over 2.5 – 3 million, from the numbers that I have seen. 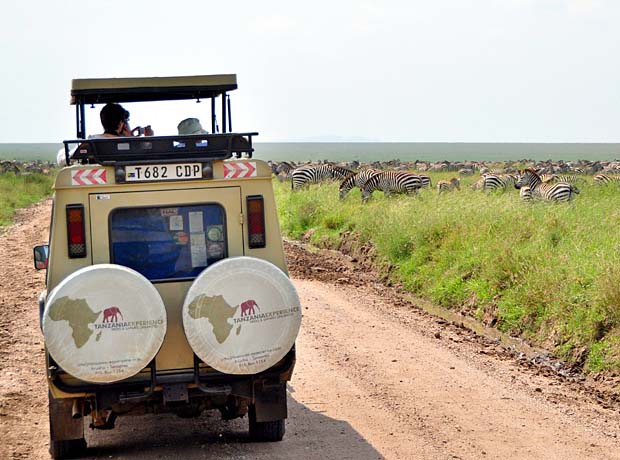 In October 2013 most of the wildebeest were in and around the western corridor again! And mid November 2013 they were still there. At the time of writing this article there has been an interesting turn of events: thousands and thousands of wildebeest are returning from the western corridor up to the Lobo area and back over the Mara river to graze in the Masai Mara. Many people are confused about this but the most probable reason is that there has been not enough rain in Serengeti. 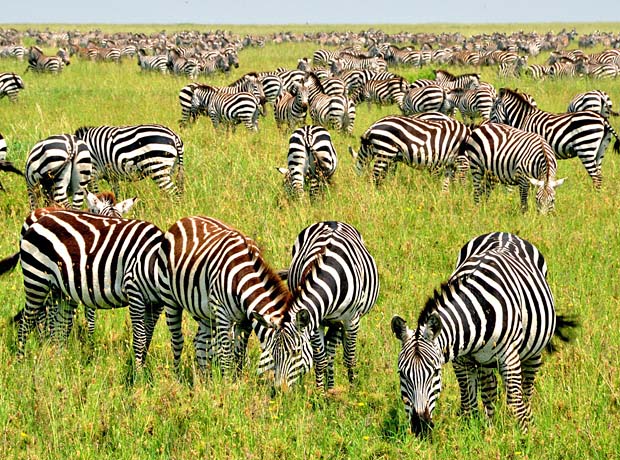 What will happen next? Maybe the wildebeest will continue their normal migration pattern and head back south into the Serengeti and down to the southern plains to arrive there in January or February. Or will they stay in the Mara? Only time will tell… It is difficult to plan according to the expected route of the migration as it might change anytime. Trying to book certain areas in a specific month will not guarantee that you will experience the migration. Therefore, choose a safari visiting both the Serengeti and the Masai Mara in Kenya during June to December. 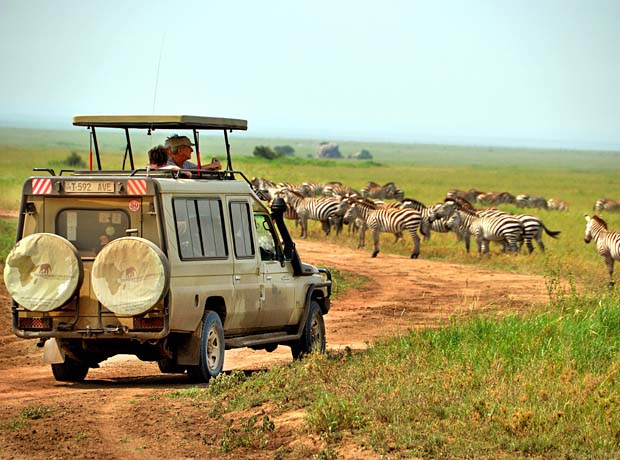 Want to visit the Serengeti or Masai Mara for this once in a life time experience? Feel free to contact our sales department or browse our products on www.tanzania-experience.com