It is the highest mountain in Africa and the largest free-standing volcanic massif in the world – Mt Kilimanjaro. This huge mountain cone stands majestically above the wide plain and offers picturesque views of the endless savannah all the way to Kenya. I will introduce you to four ways up to the summit and their special features. Today: Machame and Lemosho routes.

Viewed from a distance, it lies there like a watercolor painting in an art gallery. Its sight is magical – wrapped in a green cloak at the bottom, decorated with a shiny white glacier crown on top. The path up to Uhuru Peak on the edge of the crater of the extinct Kibo volcano, the highest peak in Africa at 5,895 m, is a dream come true for many passionate mountaineers. For everyone else, at least the varied routes and the fabulous panoramic views are fantastic. 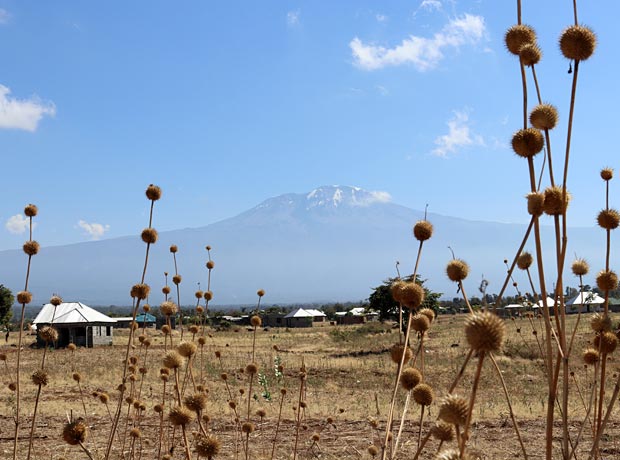 The charm of a Kilimanjaro tour is that it is comparatively easy to climb the highest mountain on the continent: the paths can be walked without special mountaineering equipment, the air becomes thin but not too thin, and there is a team of guides and helpers also there. All you have to do is carry your daypack on your back and actually just put one foot in front of the other. But be careful: it still remains a real challenge.

In the first part, I introduced you to the Marangu and Rongai routes. Today, we summit via the Machame and Lemosho routes.

Best route for a Kilimanjaro climb: the Machame Route

The journey from Moshi or Arusha to the starting point of the Machame Route starts with interesting insights into the world of the locals on the mountain slopes. Once the comfortable view from the vehicle comes to an end and you have to continue on your own two legs, a diverse landscape awaits you. A wide forest road narrows into the species-rich vegetation of the rainforest inhabited by Colobus monkeys. The more the ferns and trees are thinning, the more a fascinating heather and moor landscape opens up, which accompanies you on your way until you reach a barren, lunar-like zone. From here, you will soon reach the glacier zone. On the way there are also the most beautiful views of Mount Meru, whose 4,566m high summit protrudes above the sea of ​​clouds. 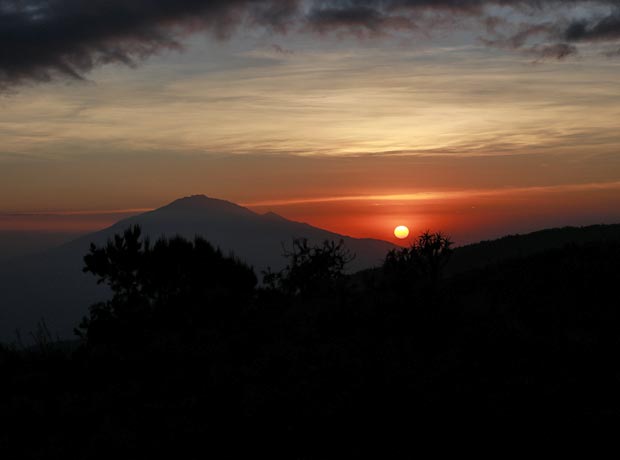 It is said that the very high extending vegetation zone of the Machame Route gives mountaineers a good oxygen supply for a longer time. Unlike, for example, on the Marangu Route, where the oxygen-producing flora thins out much faster.

The Machame Route is often highlighted as one of the most beautiful of all routes. That is probably why it is one of the most popular and arguably the best route for a Kilimanjaro climb, along with the Marangu Route. But even if you can benefit from the oxygen-rich zones for longer, there are other exhausting challenges: including the steep legs to the Lava Tower and the Great Barranco Wall. Although they do not require any special mountaineering skills, they demand surefootedness and stamina. The Machame Route is therefore often referred to as the “Whiskey Route”. Based on the supposedly “soft” Coca Cola (Marangu) route, whiskey stands for strong drops and “real hardness”. Well, even mountain routes obviously need their myths. 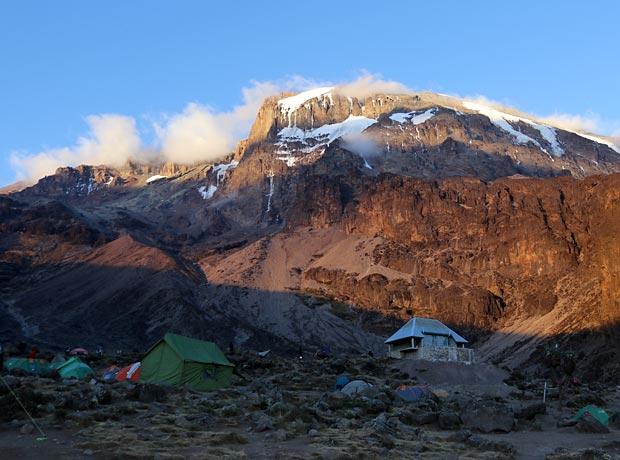 Best route for a Kilimanjaro climb: the Lemosho Route

The Lemosho Route begins in the west of the mountain and is the longest of the ascent routes with a little over 46 km to the summit. It usually takes at least 7 days. Due to the additional time on the mountain, fewer climbers choose this route. This has preserved its unspoiled nature. It is even possible to encounter antelopes, buffaloes, and elephants. However, not at the top of the summit, if that’s what you were hoping. 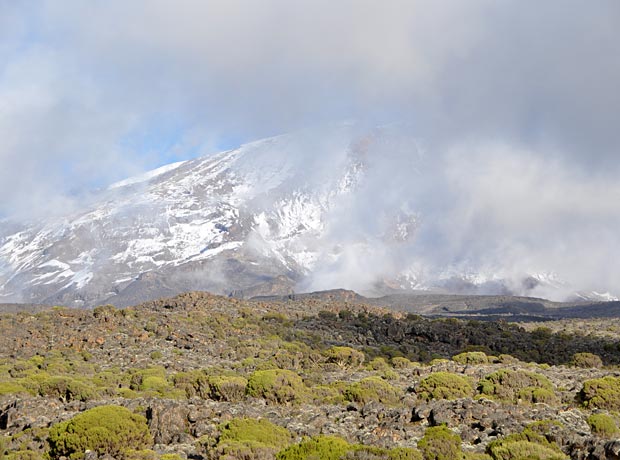 The “additional time” on this route will give your guides more space than on the other routes to explain the flora and fauna to you and share stories about the mountain. The fact that the tour allows more time on the mountain has another advantage: better acclimatization opportunities! This increases the chances of not being “knocked out” by the treacherous altitude sickness shortly before the summit. There’s a moderate increase in the level of difficulty on this route and you will only be faced with a real challenge once the Lemosho Route connects with the Machame Route. By the way, connoisseurs of the mountain describe this route as the most beautiful of all routes. However, due to the extremely deteriorating soil conditions in the forests, it is not recommended to visit it in the rainy season. Unless you’re looking for an extreme adventure. 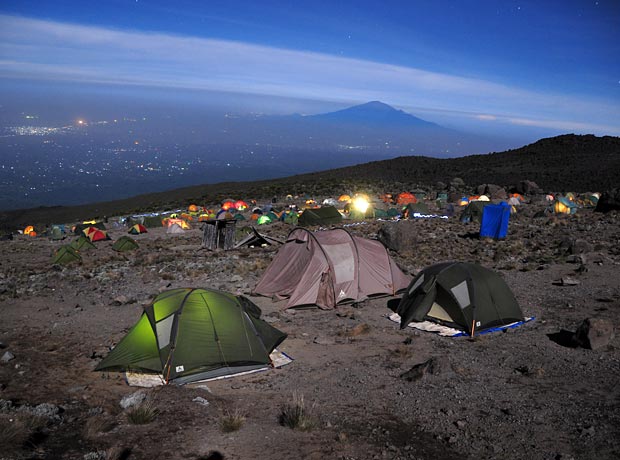 Climbing Kilimanjaro is a formative experience and an unforgettable experience. High up on the Roof of Africa, you have not only conquered the highest mountain on the continent, but also have the continent at your feet. Facing the special physical and mental challenges is always worthwhile. We are happy to answer any questions and support you in planning your Kilimanjaro conquest. Here on site, we are always well informed about the current situation. So, get in touch with us! Your dream, our expertise – your very own Tanzania experience.