The Silale Swamps in Tarangire – a hidden oasis

Tarangire National Park is one of my favourite parks in the Northern Circuit. It is ideally located some 118 km from Arusha and it is a haven for countless numbers of animals. The park itself is massive, at 2,850 square kilometers it is the sixth largest park in the country.

Tarangire is probably one of the best places in the world to see large numbers of elephants, living and co-existing in their natural habitats. As other animals, they know that they can always find water in Tarangire regardless of how dry the season. Even if the Tarangire River is completely dry, the elephants still manage to dig through the sand to find water!

If it’s birds you are after, then Tarangire will not disappoint. With almost 550 species it is an ornithologist’s paradise. It is said that the swamps support the largest number of breeding birds anywhere in the world!

In terms of vegetation the park is truly a baobab garden. These giant ancient trees are not only a food, but also a water source, of which animals like elephants make full use.

Being so big you really need to spend time in the park, exploring the different areas. One of my favourite places in Tarangire is the Silale Swamps. Located in the southern part of the park this remote swamp is an absolutely fascinating place to visit. 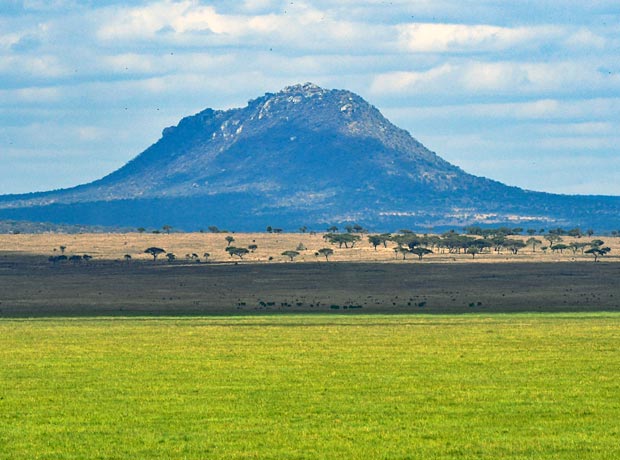 The swamp covers an area of some 70 square kilometers and it acts like a sponge. During the rainy season water is stored here and in the dry season the swamp slowly releases water into the Tarangire River. The swamp is green for the majority of the year and it makes for an incredibly beautiful backdrop to the dry land surrounding it. To truly appreciate this place, you have to go there in the dry season.

There is a picnic sight at the swamp that looks out over the expanse of the park. I was there only recently with a group of travellers. As we had lunch overlooking the swamp, we saw what looked like a hundred large boulders in between the grass. At least that was our first impression. Picking up a pair of binoculars revealed that the boulders were actually elephants. 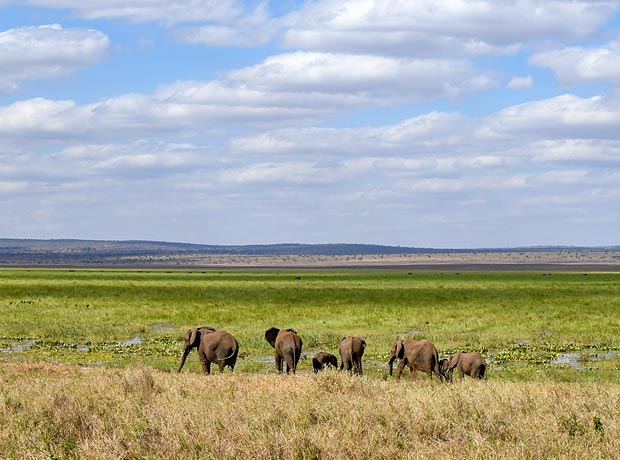 The Silale Swamps attract hundreds of elephants who come to feed on the lush grass, but it is not just the elephants that come here. A mix of animals in all shapes and sizes can be spotted at Silale Swamps – including cats! It is a great place to see the famous tree climbing lions of Tarangire as well as leopards. If you ever hear people say they spotted African wild dogs, then it’s usually in this area. To add to the collection, the Silale Swamps are also known as a great place to see huge African Rock Pythons.

So next time you’re planning a safari, add an extra night in Tarangire to explore the Silale Swamps. It comes highly recommended!