Red elongated people, giraffes, eland and hunting scenes. These are just some of the subjects in a little-known UNESCO World Heritage Site in Tanzania.
In central Tanzania near the little village of Kolo (250km southwest of Arusha) are the Kondoa Irangi rock paintings.


These paintings are found in caves, rock shelters and overhanging slabs of rock along the faults of the East African rift valley in an area of about 2 300 km². Some say that there is anything from 150 to 450 different sites, but the exact number is not known. These caves and shelters were used not only for living but some also for traditional rituals – these rituals are still performed today.

In the early 1950’s archaeologists and anthropologists Louis and Mary Leakey conducted a survey of some 100 sites and in 1983 Mary released a book highlighting the beautiful art they found there. However, still only a handful of people have seen it.

The paintings, estimated to be over 1500 years old, are said to have been done by a group of hunter gatherers belonging to the Sandawe tribe. The Sandawe people still live in Tanzania and are the last true hunter-gatherers. Red and white and occasionally black and brown colours have been used to depict people and wild animals. The material used was most probably plant-based oils and animal fat. Red pigments are generally iron oxide; however, but some could have used animal blood. 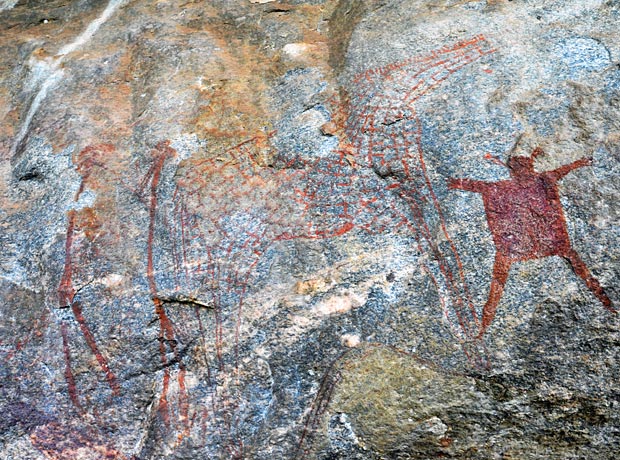 Humans (mostly groups) are depicted dancing, walking, hunting or sitting around. Giraffes and elands occur most often, while elephants, kudus, wild dogs and hyenas can also be seen. The collection of paintings portrays how these hunter gatherers lived and also how they evolved to agro-pastoralists. 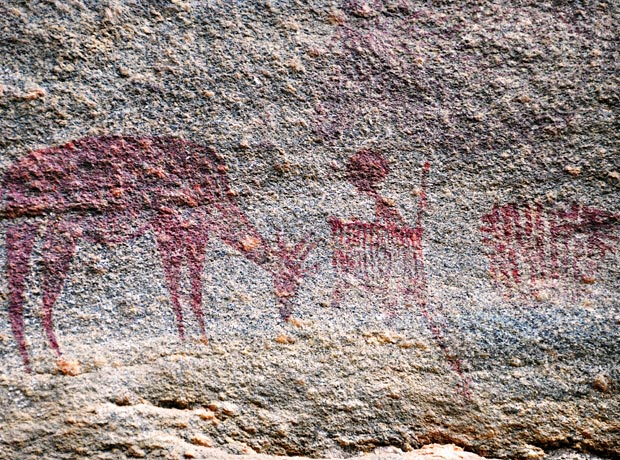 Visitors wanting to see these rock paintings, will be taken to Kolo with a Tanzania-Experience driver-guide. They will stop the site office in Kolo where a local guide can be hired. The guide will give details about the paintings’ symbolism and share more about the area’s history and nature. The area is very scenic and once inside these shelters it is easy to understand why these spots were chosen.  Not only does it have great views of the valley below but the vantage point is excellent to see potential threats – and meals… 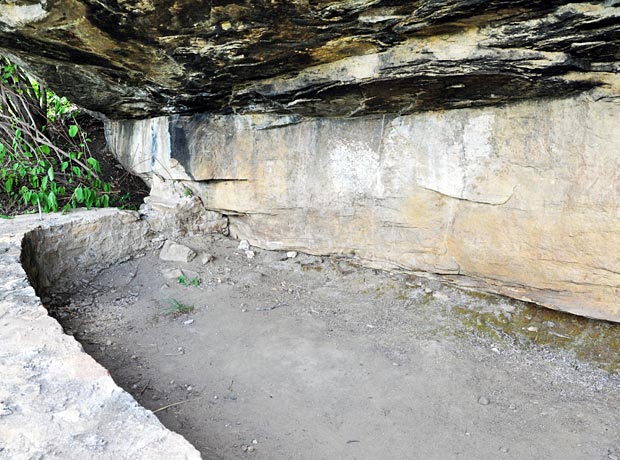 The drive to the paintings is quite rough but an adventure nonetheless and on a day trip you should be able to visit between 3-5 sites.  Good walking shoes are a must.