Home//Tanzania through the eyes of our guides, Travel Reports//On camping safari: Guest Relations Officer Eugene Masinde takes a break from the rest of the world
Previous Next

On camping safari: Guest Relations Officer Eugene Masinde takes a break from the rest of the world

Do you want to go camping and spend seven days in Tanzania’s Great Outdoors? Our new colleague and Guest Relations Officer Eugene didn’t have to think twice before answering with a resounding: Yes!

And off he went in mid-February to go on our Tanzania – The Wild Side camping safari. 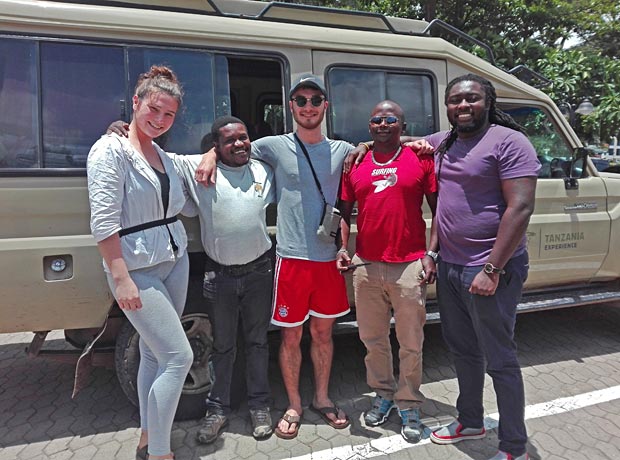 This was my very first camping safari! Seven days in the bush, taking a break from the rest of the world. What did I expect? Certainly not that it would be so comfortable. In my mind I would not have found showers or seating toilets on a camping safari, I was very surprised. 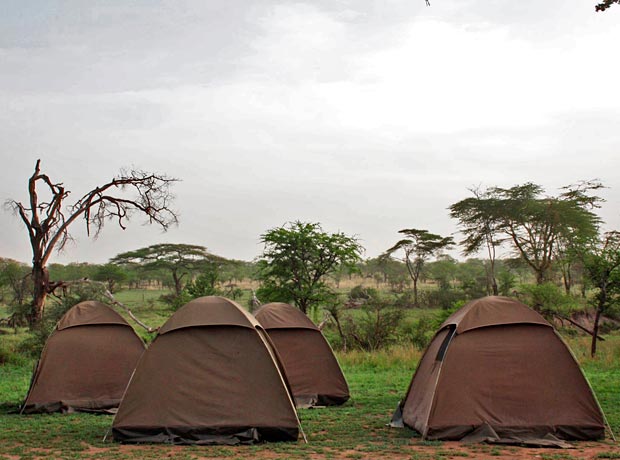 We took off to the bush with our minds emptied and ready to be filled with adventures and nature discoveries. In Tarangire, we saw large herds of elephants, giraffes and lots of impalas. 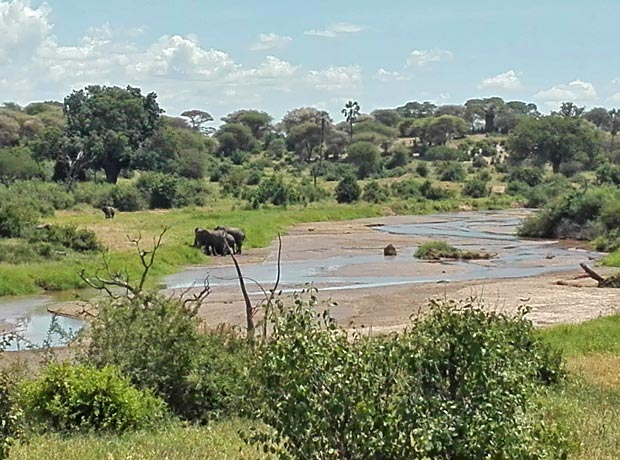 Not to mention visiting the poachers hide for an interesting explanation from John our guide. Even on our very first day we realised: a safari is only as good as the guide who accompanies you. And John truly is an excellent guide. 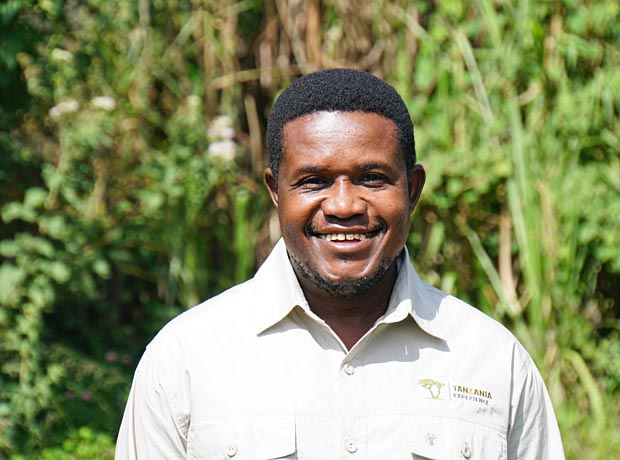 The camping safari surprises continued when Steve the cook prepared pizza for us that first night. Without an oven. He’s certainly a very creative cook with good taste and very charming.

We continued to Lake Natron, or “Little Zanzibar” as John called it. It’s very hot. The road was extremely bad with lots of rocks and multiple up and down hills. But John managed to get us to the camping area without a bumps or bruises. We were amazed by how safely John drove on such difficult roads. 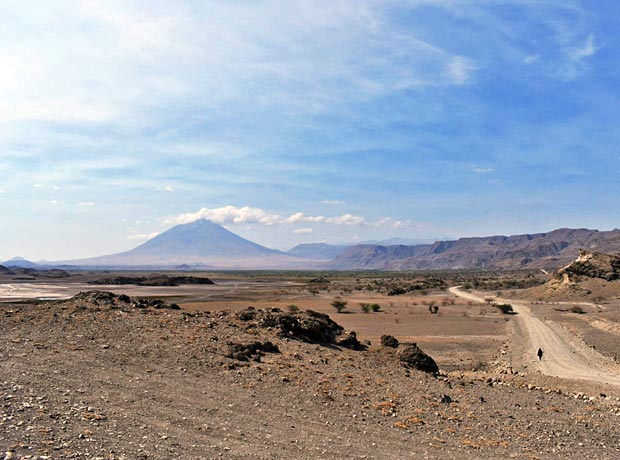 At Lake Natron, we followed the trails of our Masai Guide who had a very good knowledge of the lake and the birds which we found here. Following the trails of hyenas and ungulates who came to find food at the lake shores, we came to see a large flock of flamingos feeding on this soda lake. 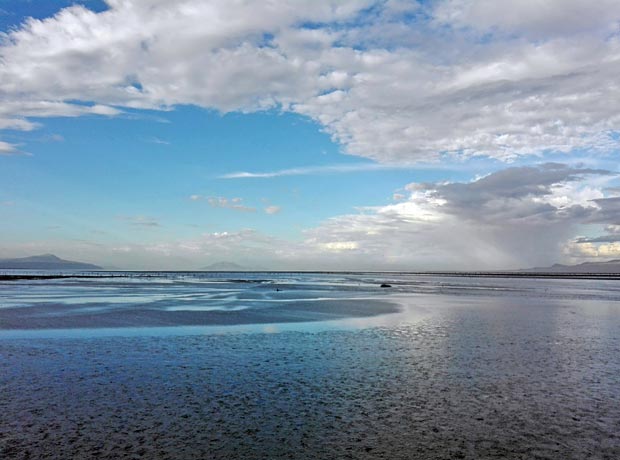 On we went to explore one of the most well-known places in Tanzania: the Serengeti National Park. At the campsite in the Serengeti, we were welcomed by a very large herd of buffaloes who came to drink water on the river nearby and with hyenas laughing at night. This is a proper camping safari. This is real bush life! 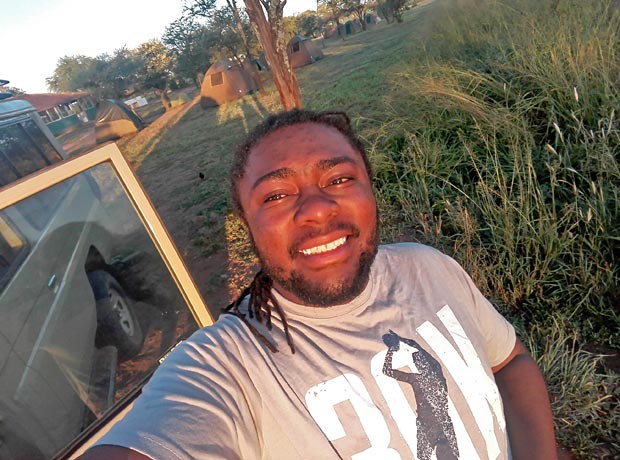 And the Serengeti continued to impress: spotting a cheetah with five cubs lying in the shadow of a tree, lots of antelopes and warthogs, a large crocodile lounging at the hippo pool, lots and lots of wildebeest, giving us a good idea of what the Great Migration will look, sound, and feel like. Just as we were heading back to the campsite, we came across two female lions with their cubs hiding in a bush – what a way to end our day in the Serengeti. 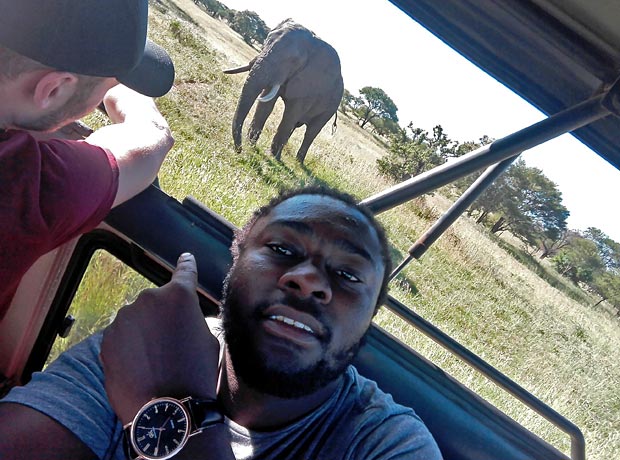 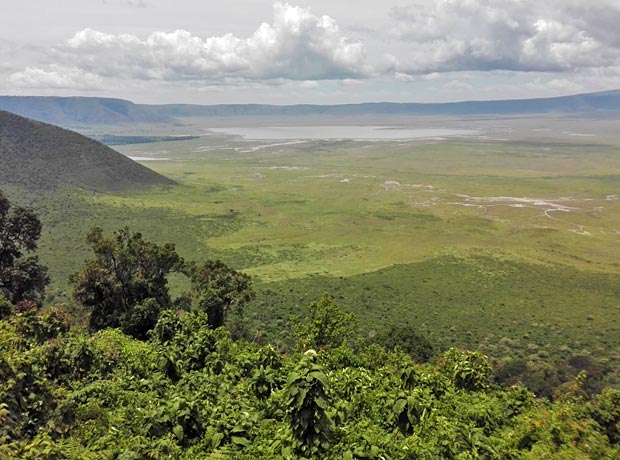 Just when we touched the Crater floor, we were welcomed by two male lions drinking water from a waterhole beside the road. And by the size of their stomach it looked like they just came from feasting on a big meal.

After an exciting game drive – including a rhino and its very own security personnel – we took an adventurous ascending route with very sharp corners back up to the Crater rim. We now had to say goodbye to beautiful nature and ready our minds for returning to reality in the big cities. Our camping safari was coming to an end. 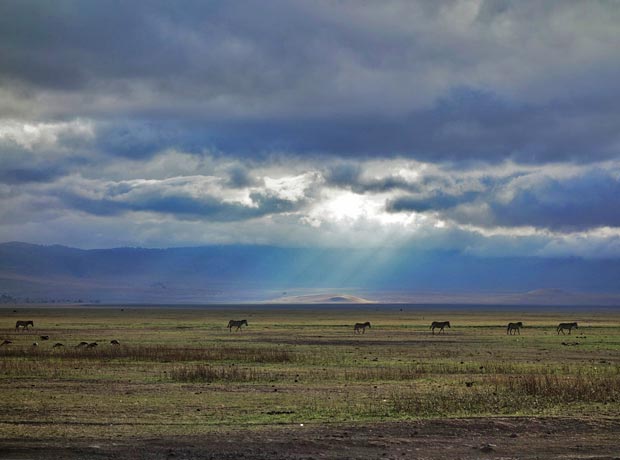 We took it easy though and stopped in the small town of Mto wa Mbu. By the presence of many mosquitoes at night it really made sense to name this a mosquito river town. We camped at a very beautiful lodge which had a swimming pool and some nice bathrooms – never to be underestimated on a camping safari. 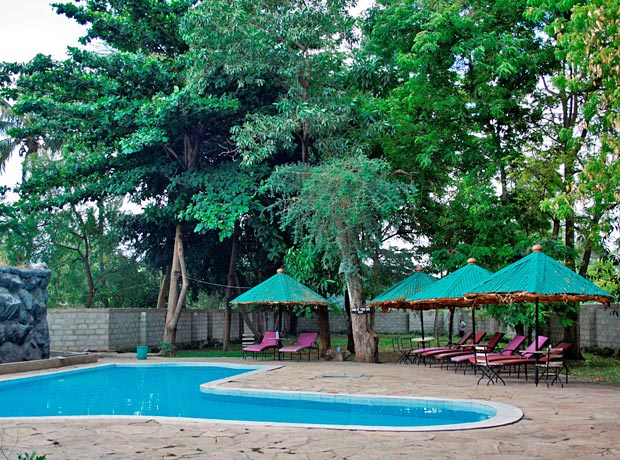 A camping safari really is the best way to experience life in the bush and totally get away from the busy towns you decide to leave behind when packing up for a safari.

When you go on a camping safari with us, I will meet you before you head out and share useful tips with you. Let’s start planning today!

By Webmaster|6th March 2019| Last updated on 1st December 2021 | Tanzania through the eyes of our guides, Travel Reports|1 Comment