Just about 5 hours after I departed from Johannesburg with the non-stop flight from Kulula, I arrive in Dar es Salaam. This small airline is only one of many that offer a fast and direct connection between the largest city in South Africa and the largest coastal town in Tanzania.

With a population of about 3-4 million people and because of being the biggest commercial, administrative and industrial centre of the country, Dar es Salaam is often referred to as the capital city. This is where my 2 week journey with my colleague Stephan Schuff begins. While exploring the busy city, I managed to get lost in the hustle and bustle quite a few times. In addition hereto are the ever hot and humid conditions that dominate the climate in Dar es Salaam.  Hence I could hardly wait for our driver Lazaro from Arusha to pick us up at our hotel so we could begin our safari that would take us to the less frequently visited National Parks and Reserves of southern Tanzania. 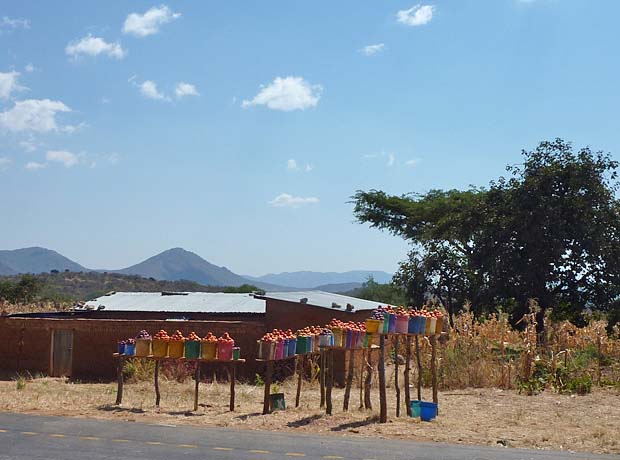 Our first stop is the Udzungwa National Park, which we reach after a 4-5 hour drive. On the way here we passed Morogoro and the Uluguru Mountains on a well tarred road. With its surrounding mountain ranges, the Morogoro region is one of the most fertile areas of Tanzania and supplies Dar es Salaam as well as other coastal regions with agricultural products.

Soon thereafter road signs remind us that we are traversing the Mikumi National Park.

The TAN ZAM Highway, that separates the Mikumi National Park, is the most important connection between Dar es Salaam and the south of the country. Unfortunately, it is also the main reason for the numerous fatal road accidents with wild animals. Even though busses have been banned from driving at night and there are countless speed bumps to slow down busses and trucks, those accidents cannot be prevented. 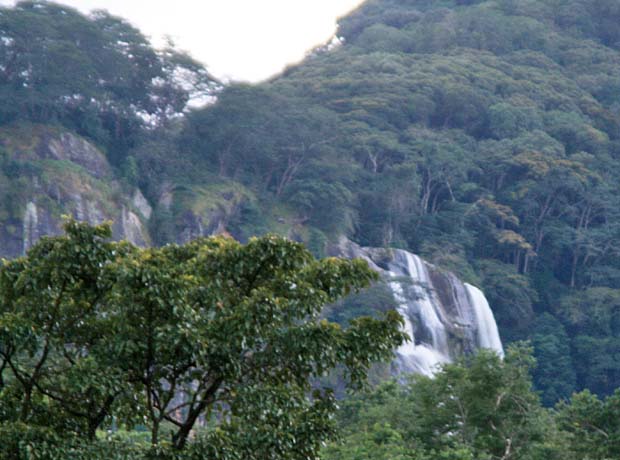 At the crossroads in the town of Mikumi, we turn left and continue for approximately 25 km on a bumpy road. After about an hour we reach the Hondo Hondo Campsite, situated outside of the National Park. We overnight in basic and rustic mud huts, which are very similar to the accommodation of the local community. The next morning we enjoy the beautiful view of the green surroundings and the impressive mountain walls that rise over 2000m and are covered with dense rainforest.  It is possible to join a guided walk through the Udzungwa National Park and among other things, to visit the Sanje Waterfalls that at its highest point plunges down approximately 70 metres.  The park is known for its diverse species of primates, including the Red Clobus Monkey. But the Udzungwa National Park is especially appealing to bird watchers. With over 250 different bird species it is one of the richest habitats in East Africa for forest birds. 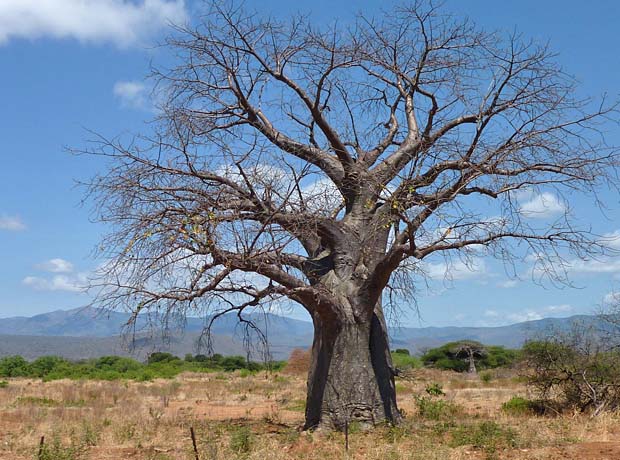 The next morning we have a very early start as a long drive to the Ruaha National Park awaits us.

The TAN ZAM Highway takes us through a beautiful, hilly landscape along the Great Ruaha River, where countless baobab trees are lined up next to one another on the river bank. This is also the reason this region is known as the Baobab Valley. After a 6 hour drive, we stop over at Iringa before driving in the direction of the Ruaha National Park. We reach the entrance gate after driving on a sand road for about another 2 hours. Time is running out, as all vehicles with tourists have to arrive at their overnight stay no later than 18.30h.  Our camp for tonight is located in the far western end of the park and it takes us another 1.5 hours to get there. However, even on our first and unfortunately very hectic game drive we were able to see elephants with calves, hippos, jackals, antelopes, giraffes, zebras, water bucks and many more. 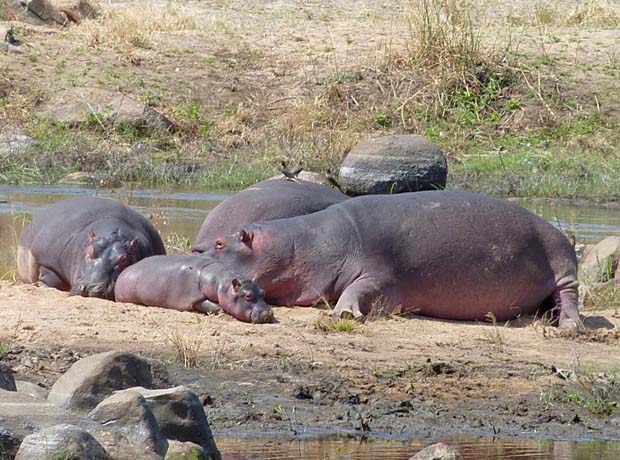 Finally we arrive and we are welcomed by Moule & Noel from Jongomero Camp, who have patiently been waiting for us. These two lodge managers give this usually fly-in tented camp a very personal flair. The candle light dinner on the dried out riverbed is only one of the small details that make this camp so special. We hear a roaring pride of lions and for a short moment we are a bit worried. But after being reassured that everything is safe, we continued to enjoy this delicious dinner under a clear, starry sky. 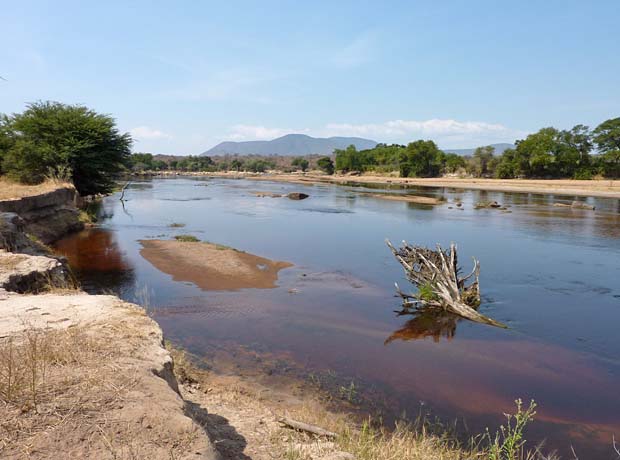 The following day we have the opportunity to discover the park. Its versatile landscape is dominated by a dense bush forest, open grass plains and rivers. A 200m high trench of the Ruaha Rift, divides the smaller southern part from the larger northern part. Although this region is extremely dry and the great Ruaha River has dried out at places, it still offers a permanent habitat to an abundance of wildlife. This is especially the case during the long lasting dry season, when the animals come to the rivers. We make use of this opportunity and park our safari vehicle directly on the river bank under the shady Baobab trees. It is not long before impalas, zebras and other antelope species as well as a herd of elephants approach our vehicle to get down to the water.  We continue our safari but always take time to stop and enjoy the beautiful views under the afternoon sun. 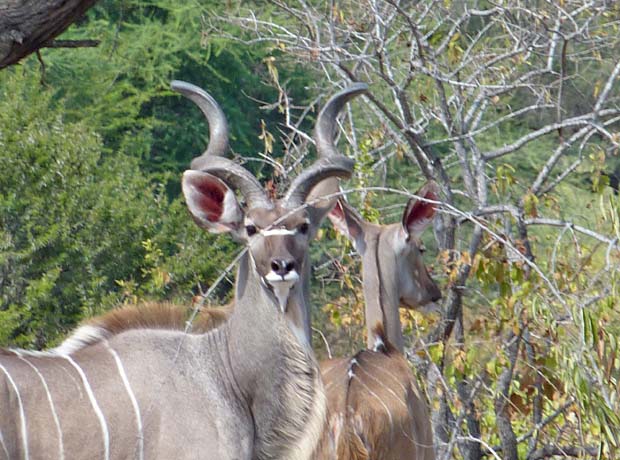 Some elephants take a mud bath and it is the little ones that enjoy it most – but so do we.

Furthermore hippos, buffalos as well as water birds can be spotted at the river.

The Ruaha National Park also forms a natural border between the fauna and flora of Southern and Eastern Africa. Thus the park is home to the Greater and Lesser Kudu as well as other species that does not exist in the northern parks of Tanzania. Another nice thing is that one very seldom comes across other vehicles and therefore has the feeling of being the only one in the whole park. 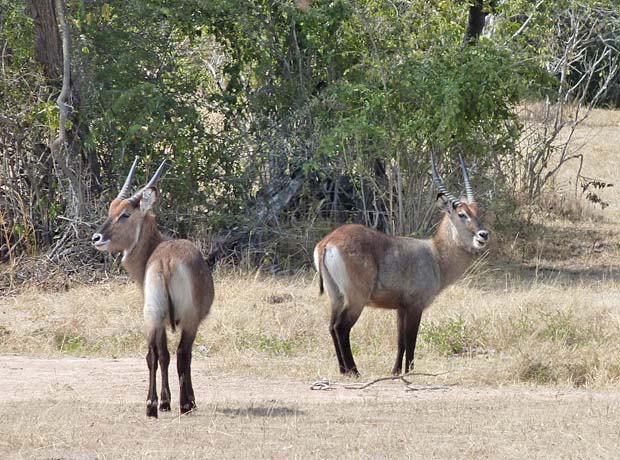 The following night we spend at Tandala Camp, located only about 10 km from the park entrance gate on the outside of the park. The camp is surrounded by a beautiful landscape and with a bit of luck one can even spot elephants and nyalas from the tent veranda. This family friendly camp is run by the owners John and Dionysia and their small daughter, who take pride in taking care of their guests. An open-air dinner at the fire and a drink in the stylish lounge with its heavy leather chairs round of this beautiful day. 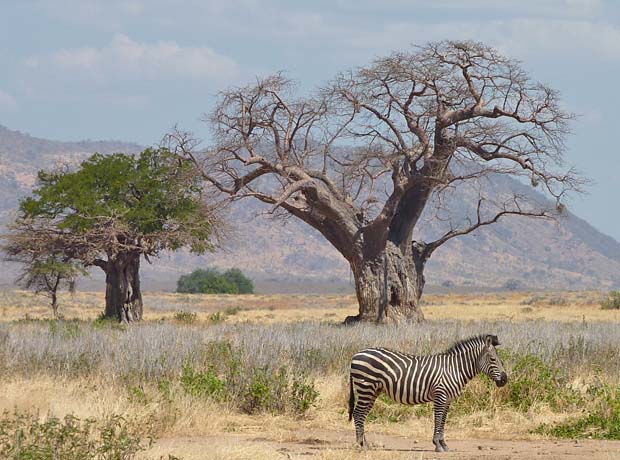 Once again we drive through the Ruaha National Park but this time in a north-easterly direction to our overnight stay for tonight, Kigelia Camp which borders the Mwagusi River. The camp is hidden in between acacia and miombo trees and in order to get to the camp, we have to cross a few dried out river beds.

It is the remote location directly on the Mwagusi River, the private atmosphere with only 7 tents and mostly the personal camp management that make this luxurious fly-in camp a very special safari experience. 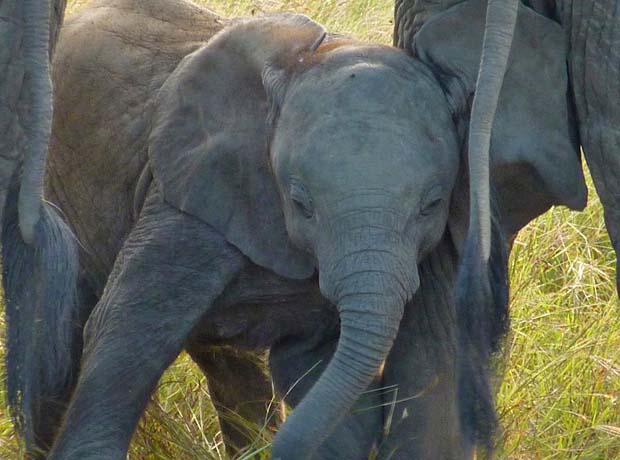