Home//Travel Tips//Tanzania: Where to go on safari, and why it matters where you go
Previous Next

Tanzania: Where to go on safari, and why it matters where you go

When travelling to Tanzania, the first thing that comes to mind is a safari. The East African country is known for its vastness and diversity of wildlife. Safari is Swahili, the language of East Africa, and simply means “journey”. In this blog, we tell you where to go on safari in Tanzania. Discover Tanzania’s beauty with its extinct volcanoes and grass-covered savannas and explore the country’s biodiversity with these selected destinations. As a traveller visiting Tanzania’s national parks, you can make an important contribution to conserving the wildlife in these areas.

1. Lake Natron and the holy mountain of the Masai, Ol Doinyo Lengai

Have you ever seen a deep red lake? Lake Natron is a salt-lake. That means, water flows in the lake, but can’t flow out. It can only escape by evaporation, which over time leaves behind high concentrations of salt and other minerals. Lake Natron gets its name from the high amounts of natron in the water. Salt-loving organisms and algae are at work in the lake and produce the deep reds of the open water. They are some of the only living species found here: This water is inhospitable to most species. The lake’s temperature is high and the water nearly as basic as ammonia. Remarkably, the lake is one of the only breeding grounds for the rare Lesser flamingos. 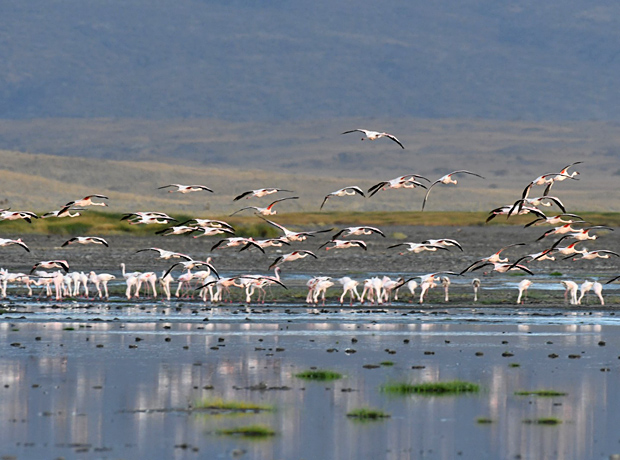 Lake Natron is situated in Africa’s Great Rift Valley. The East African Rift System is one of the geological wonders of the world, here you can see the earth’s tectonic forces. It provides a modern demonstration of how continents break apart.

South of Lake Natron lies the Ol Doinyo Lengai, which means “Mountain of God” in Masai language. Ol Doinyo Lengai is an active volcano and part of the volcanic system of the East African Rift. 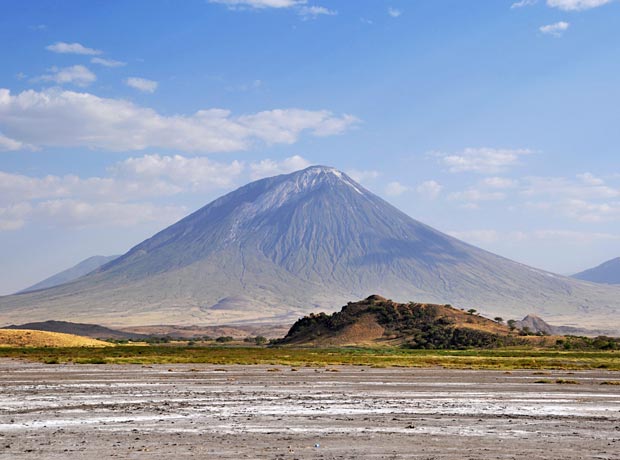 It is the only volcano in the world that spits carbonatite instead of silica lava. This lava is cooler than other lavas, hence this mountain’s fresh lava is black. Once it gets in contact with moisture, the lava turns white, which is why the peak looks like it’s covered in snow. Don’t forget to pack your camera to capture this otherworldly scenery!

Insider Tipp: Take along some drinks and end a memorable day with a sundowner on a hill near Lake Natron. From here you can overlook Ol Doinyo Lengai, the East African Rift Valley, Mt. Gelai and Lake Natron with its colourful flamingos.

If you are asking yourself where to go on safari in Tanzania, why not visit the Tarangire National Park? Named after the Tarangire river that crosses the park, Tarangire National Park is home to some of the country’s largest concentrations of wildlife. Less known than the popular Serengeti or Ngorongoro Crater, the park lies in the northern region of Tanzania just south of Lake Manyara. Tarangire is famous for its ancient baobab trees, which are spotted all over the park and create a beautiful setting. 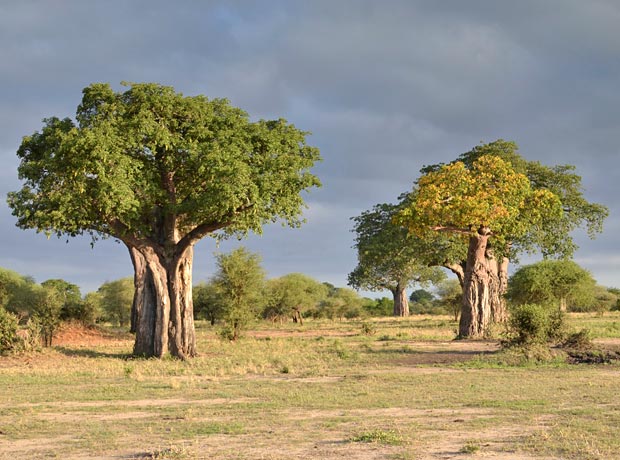 Further, the park hosts a wide diversity of birds. You can find more than 550 bird species here. The most commonly seen animals in Tarangire are giraffes, elephants, zebras, impalas, warthogs, wildebeests, dwarf mongoose and ostriches. 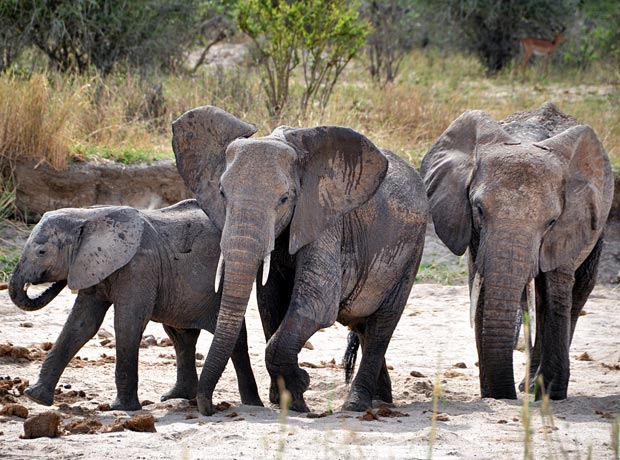 Get off the beaten track and experience a truly wild area. In the dry season when it serves as the only water source, the Tarangire River attracts an incredible variety of game. Often overshadowed by the Serengeti and the Ngorongoro Crater, this park is a hidden gem you shouldn’t miss. 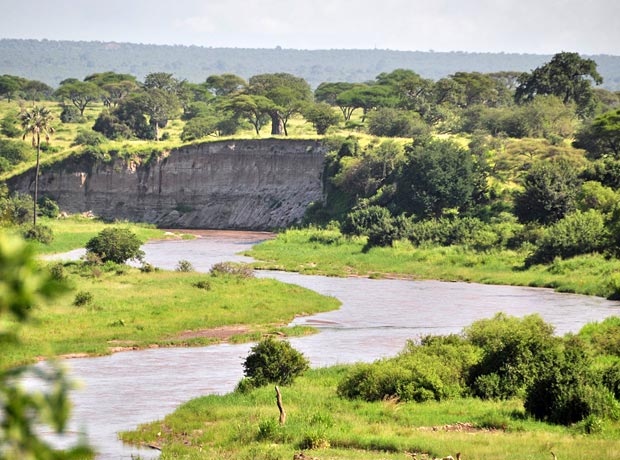 Where to stay: Try the Maramboi Tented Camp, which is situated on the migratory path and therefore offers spectacular wildlife viewing.

Were you really in Tanzania, if you hadn’t see the Serengeti? Most travellers have this destination on their list on where to go on safari in Tanzania. Named as one of the Seven Wonders of Africa, the Serengeti truly is one of the greatest destinations for wildlife-watching on earth. The park is renowned for its predators, particularly lions, cheetahs and leopards. There are plenty of elephants in the park, too, mostly in the western woodlands of Grumeti. Pretty much every large animal species of East Africa can be found here. 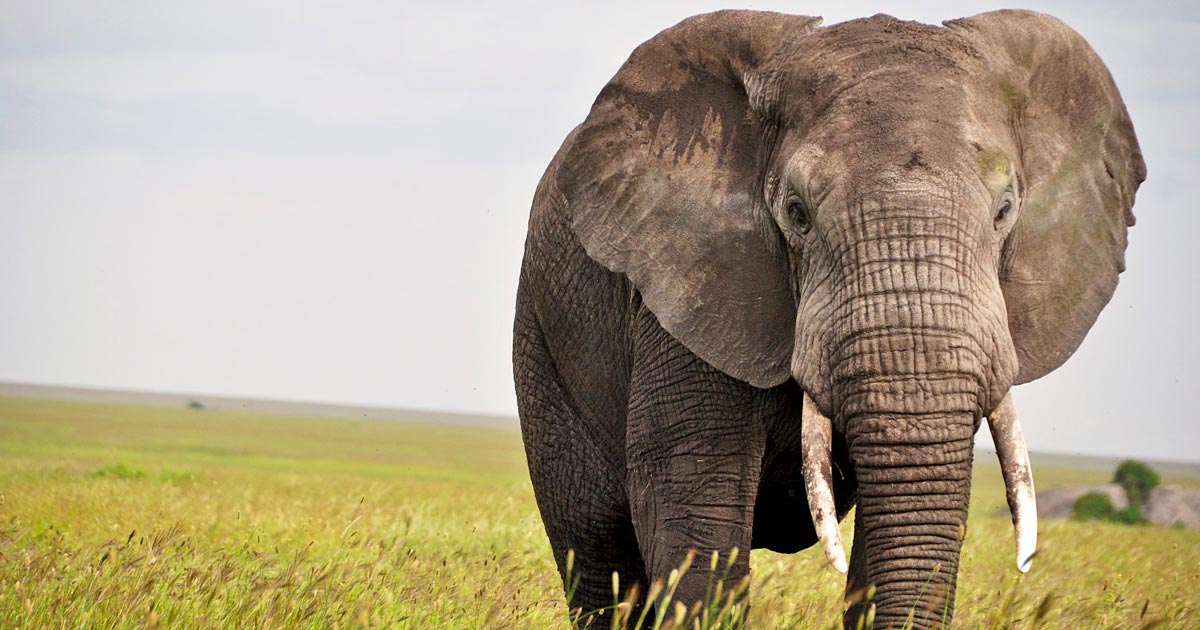 The ultimate wildlife spectacle is the Great Migration. Every year, millions of wildebeest, zebra and gazelle go on their journey between Tanzania and Kenya in search of fresh grass. For many months of the year, you can see the vast herds in different parts of the Serengeti. 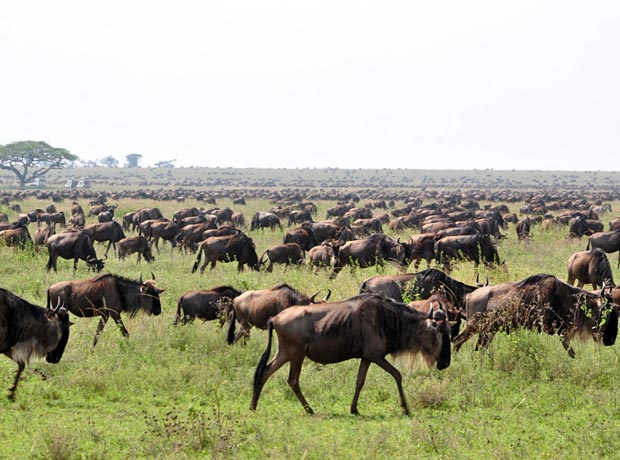 Located in the north of Tanzania, the park’s area is massive. No wonder, Serengeti means “endless plains” in the local Masai language. Make sure not to miss out on the Serengeti Hippo Pool that lies about 8 km north of Seronera, where the Seronera river joins Orangi river. This pond is normally so filled with hippos that you could easily walk across it without getting wet. 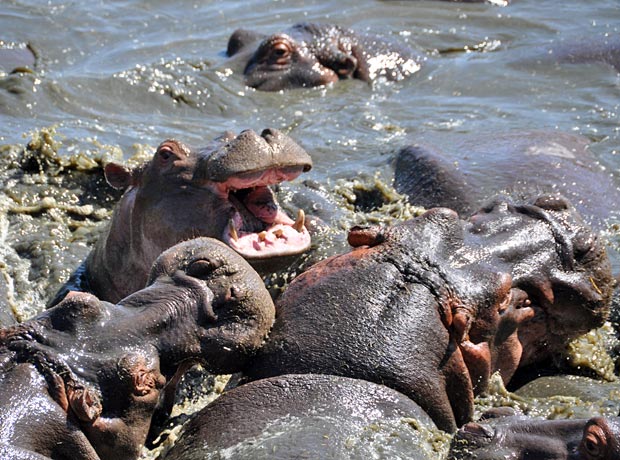 Prepare yourself for a strong odour and quite a bit of noise and observe the social interactions of the hippopotami from a safe distance.

Did you know: The Seronera area is also the best place to spot the shyleopard.

The Gombe Stream National Park is special. Located on the western border of Tanzania and Congo, this is Tanzania’s smallest national park. The park is best known for its wild chimpanzees. It was in this very park that the pioneering primatologist Jane Goodall studied the behaviour of chimpanzees for over 50 years. Her groundbreaking work showed that besides sharing about 98% of their genes with humans, chimpanzees also are similar to humans in regard to social and family relationships and emotions.

On guided tours in Gombe National Park, you will be taken deep into the forest to sit and observe the primates in their natural habitat. Discover similarities and differences while watching the chimpanzees interact with each other, or maybe even with you. 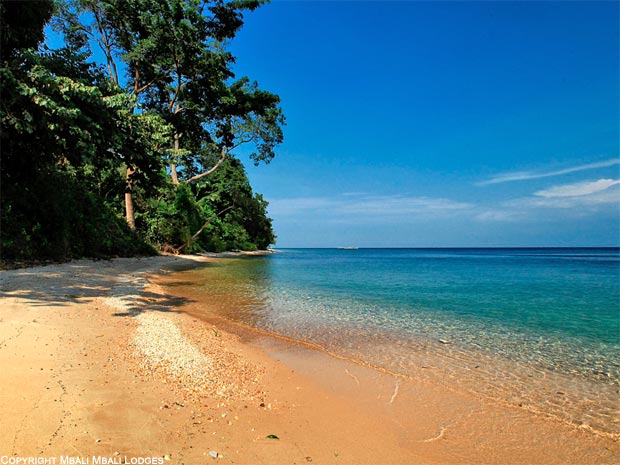 Situated on the Lake Tanganyika, this untamed place is a real gem with its lush tropical forests and lake views. The lake’s sandy beaches make it a popular swimming spot. It is also great for sailing, snorkelling or fishing.

While going on a chimpanzee safari in Tanzania is something you will never forget, please be aware that the park is quite hard to reach. If a visit in the Gombe Stream National Park is too hard to integrate into your trip, maybe try visiting the more accessible Mahale Mountains close by.

Did you know: The nearby village of Ujiji is where Henry Stanley met Dr Livingstone in 1871.

Ruaha is Tanzania’s largest national park. The park lies in the Southern circuit of Tanzania and is wilder and more remote than other parks in the area. Due to its relative inaccessibility, you will find fewer other travellers here.

If you are still wondering where to go in Tanzania, why not visit the Ruaha National Park? The park offers excellent wildlife viewing and is specifically known for the rare and endangered wild dog and its large prides of lion. It is believed that Ruaha also has a higher concentration of elephants than any other national park in East Africa.

What makes this park’s wildlife so special is its unique mixture of species from east and southern Africa.

Along its southern border flows the Great Ruaha River from which the park gets its name. Despite the size of the park, there are still only a few camps found here which make it an excellent opportunity to watch wildlife away from the crowds. Apart from the river, the park is also known for its variation in landscapes from the Great Rift Valley: You find wetlands, natural and hot water springs, river systems, kopjes and mountains here.

Insider Tipp: Why not try something new and take a boat safari on the Ruaha river? You will get close to hippo pods and basking crocs as well as local wildlife coming down to drink.

Why it matters where you go

Are you curious about how you can make an impact by visiting these destinations in Tanzania? A national park that generates income and therefore directly contributes to the economic growth of the country is a great way of making an impact in Tanzania. Sustainable wildlife safaris done responsibly can be an important catalyst for the conservation of wilderness areas. 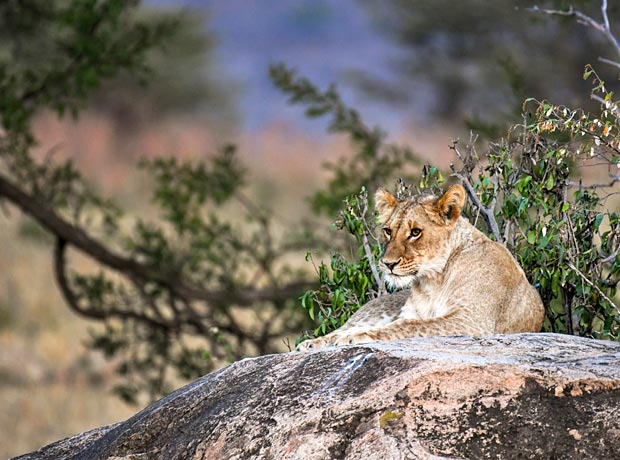 We at Tanzania-Experience support the ambitious De-Snaring project in the Serengeti that saved hundreds of animals from being poached as bush meat. While maybe not as publicised as the conservation of rhinos, this project is just as important in conserving Tanzania’s wilderness by protecting antelopes and other smaller game from poaching. At Gombe Stream National Park, Jane Goodall left her mark and lay the foundation for eco-tourism and the beneficial involvement of indigenous communities.

Contact our Tanzania-Experience team to find out how you can travel in an ecologically responsible way so that future generations, too, can enjoy the beautiful wilderness of Tanzania.